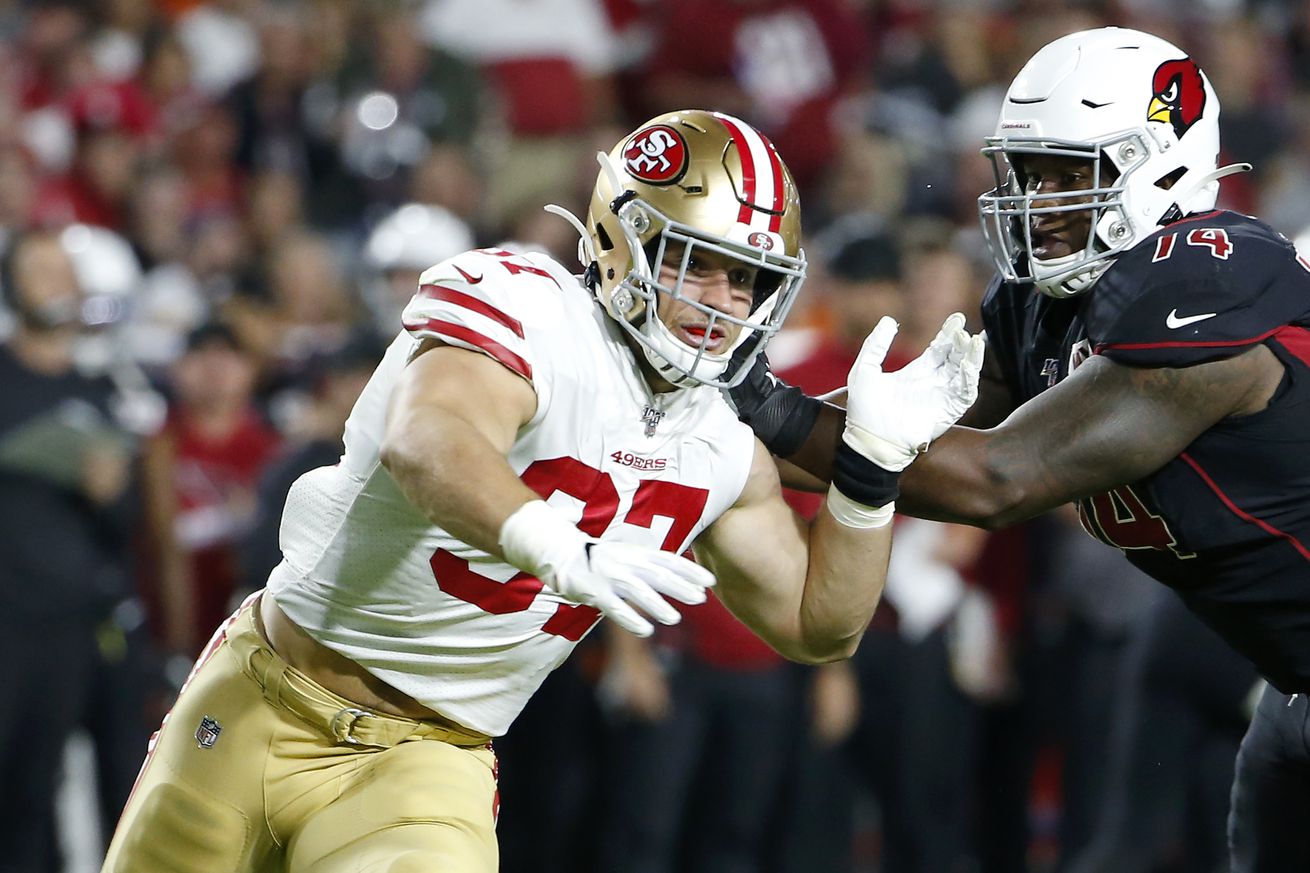 I talked with Kyle Posey (@KP_Show) about the game and the San Francisco 49ers, enjoy.

How much better will the 49ers offensive line be in 2020 with the addition of Trent Williams?

Williams has big shoes to fill as he replaces one of the most prolific 49ers in the past couple of decades, but so far, he’s been up to the task and arguably better. The issue isn’t at left tackle. The 49ers are without their starting center Weston Richburg for the first six weeks, and his backup, Ben Garland, missed roughly a month of practice before returning this past Wednesday. Center and right guard will be question marks heading into the season. I believe Daniel Brunskill, the right guard, will be closer to good than competent. He is inexperienced, though, which could mean he has a bad play at the worst possible time.

Is the wide receiver position a concern, or are you expecting Kyle Shanahan to make up for it?

I believe there is more of a concern than fans are willing to admit, but at the same time, Shanahan is a mastermind, and he knows how to hide his deficiencies. Brandon Aiyuk missed a couple of weeks during training camp with a hamstring strain, and he’ll be a game-time decision, though he likely plays. Deebo Samuel has been ruled out. Those are the top two perimeter threats. Kendrick Bourne and Trent Taylor are the other two reliable targets at wide receiver, but in no way should those be your top two wideouts heading into a game. I’d imagine we see some struggles at the receiver position early on, specifically against man coverage.

The good news is George Kittle, and Jordan Reed will make up for it between the numbers.

I don’t, because I think it’d be tough to duplicate even with DeForest Buckner returning. The pass defense was historically good last year. The run defense was above average, but because the defense was so stingy through the air, people acted like the 49ers were bad against the run. I’m expecting this defense to be one of the five best in the NFL once again, so I don’t think there will be much of a drop-off. I believe they’ll be better at cornerback and linebacker. The hope is the young guys like Javon Kinlaw, and some of the depth is ready to step in and replace Buckner.

What are the expectations for 2020?

The theme is “revenge tour” this season, which signals that it’s Super Bowl or bust. I don’t think that’s how the players are looking at this season. That’s more of a fan thing. Don’t get me wrong; they expect to return to the Super Bowl, but not without a few hiccups. The majority of fans think 13 wins and this season will be a cakewalk, but that’s not how football works. Anything other than a return to the Super Bowl will feel like a disappointment with the current expectations, which is unfortunate.

I have the 49ers winning 30-24. I think this one will be sloppy early, which favors both offenses. I could see some missed tackles leading to big plays. I think Arizona’s offense will stall at critical times during the game. That’ll make the difference as the 49ers defensive line does enough to overwhelm the Cardinals upfront and Raheem Mostert and the Niners rushing game bounces back after struggling mightily last year.