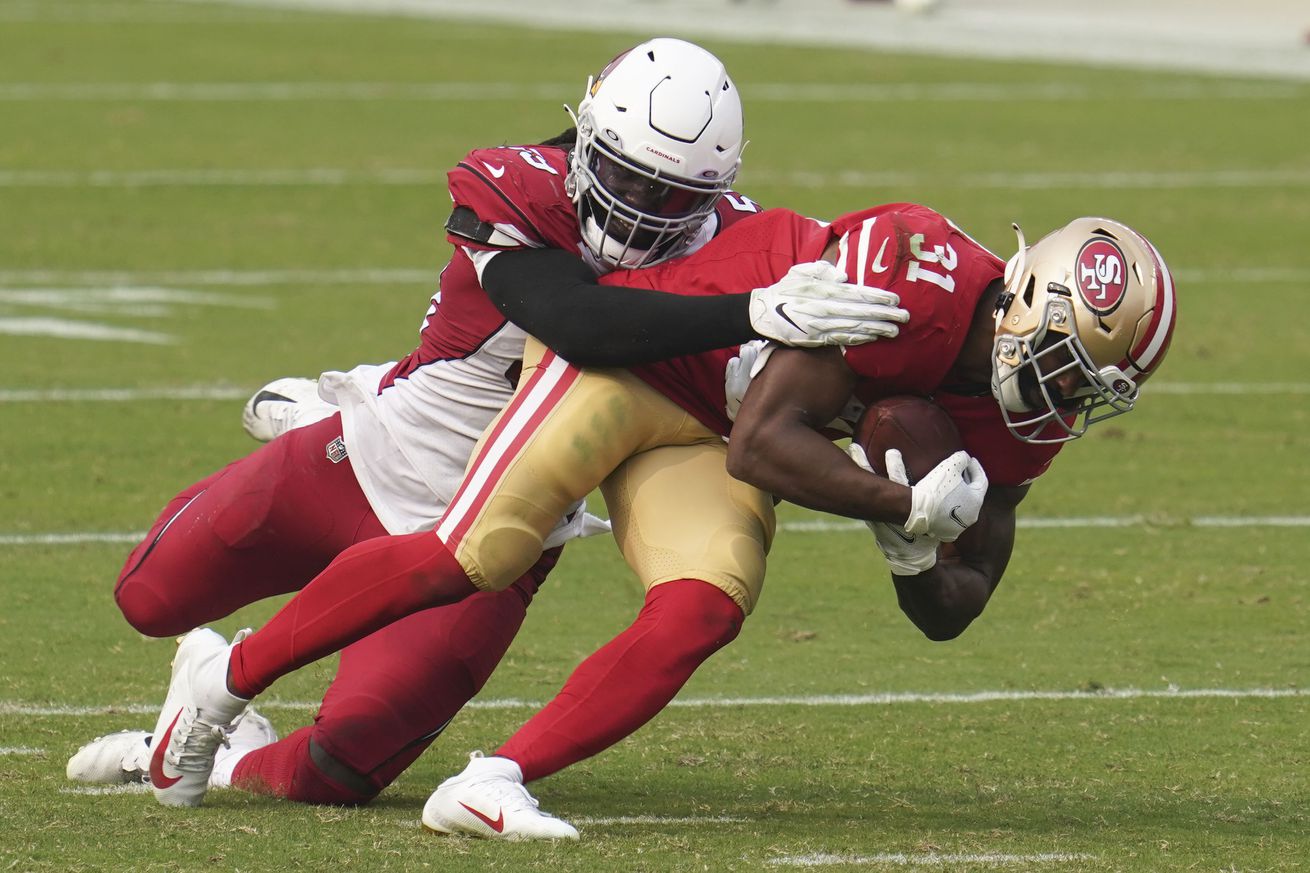 Who were the winners of the first game of the season for Arizona and who were the losers?

The Cardinals beat the Niners 24-20 and wow, what a way to start the season.

There were, as is in any game, winners and losers. Who were they for the Cards and the Niners? Let’s find out:

Maybe this is a bit obvious but no one seemed to look to be more excited about the win than the Cardinals’ starting quarterback. He finally got a #1 wide receiver and rewarded him with 14 catches for 151 yards. Hopkins was crazy.

Hopkins had 14 catches for the Cardinals and they won the game against a Super Bowl appearing team.

The Houston Texans receiving core had 13 catches and lost the game against a Super Bowl appearing (and winning) team.

Who knew that it would be Reddick taking over a position that was in many ways intended for first-round draft pick Isaiah Simmons in a clutch period against the division rival?

Look at us. Hey, look at us. Look at us. Who would have thought? Not me. pic.twitter.com/DLYbUgVUfq

Certainly not me. And yet Reddick played well, outside of a long play to the fullback, he seemed like he regained ahold of the starting linebacker position.

On the other hand….

Simmons had a rough first game. He had a horsecollar opening and got beaten badly on an option route (the same one that Jeff Wilson Jr. scored on Chandler Jones last season) and while his spirit didn’t break, he showed that a wily team like the Niners will run right at him as a rookie and it wouldn’t shock me if he has a similar journey to Byron Murphy in his rookie season where there’s a learning curve.

The Cardinals played defense today by the skin of their teeth in some ways, as while they ended up nowhere near bad, they were certainly helped by the Niners’ inability to convert. The next few games will have some easier opponents and it will be important to give Simmons time.

Murphy didn’t register much on the day but when he did…it was either a tackle short of the sticks or a game-clinching pass breakup.

That’s what you want as an NFL cornerback. While the Niners were missing a bunch of wide receivers, the ones that did play didn’t make any noise and about everything that San Fran did was either over the middle or

Christian Kirk was kinda as advertised as a WR2 for the Cardinals after the hope that he could be a primary option. After a bit it became clear that Hopkins was getting the targets because, well, he was the guy getting separation.

Kirk had one deep play that drew a pass interference flag but another that was a drop (and one that was a bad throw from Kyler by maybe a foot or so) but it showcased part of why Kirk’s role on the team is going to be more focused rather than diverse, in a way.

I wanted to see him get more opportunities for YAC rather than be just a deep threat who, at 4.45, doesn’t have the NFL 4.3 speed that seems to be the going rate these days, nor the elite separation that slower guys can have running routes.

As for Andy Isabella, I just wanted to see him get opportunities. None of the plays seemed designed for him, and the fact that the Cardinals’ first depth chart having him as the lead kick and punt returner seemed to be…a lie, it was a missed opportunity. Especially as he was a Niner-killer on a long touchdown run last year as well. KeeSean Johnson also unfortunately, was on the Covid list and inactive for this game.

Heck, even Fitz had only 4 catches for 34 yards and none in the 2nd half.

We will see how things play out but as for now, imagine what this wide receiving corp looks like without Hopkins and…well it’s not pretty unless something changes.

Job well done overall for some core players who made their way despite not having the luxury of being high draft picks.

Gonzalez was one of the top kickers in the league last year and part of it was…because of how Arizona struggled to get the ball closer into Niner territory due to some clunky early offense.

Kicking from 50+ isn’t easy, much less against the Niners. And Gonzalez did hit a 56 yarder to end the half…but it was a much closer game in part due to him missing from 52 and also from within 50 as well.

If he hits those kicks, you’re looking at Arizona being up by more than a touchdown over San Fran and a very different, less dramatic, ending. Time will tell if Gonzalez is able to continue hitting field goals again (it wasn’t like they were bad misses after all) and I almost hate to put him in this category as I think that from 50 in the NFL it’s never a gimmie nor expected.

But it IS the NFL. You’re paid to perform and those who don’t have to deal w/ that fact on a different level than a human who doesn’t turn in the front page of a TPS report.

And it’s why he drew the ire of some fans on Twitter.

Personally, I think Zane will show resilience similar to how the Cardinals themselves did in the 2nd half of this game. Cause things…don’t always go your way. Cardinals fans know that well enough.

Thankfully, it did yesterday against San Francisco.