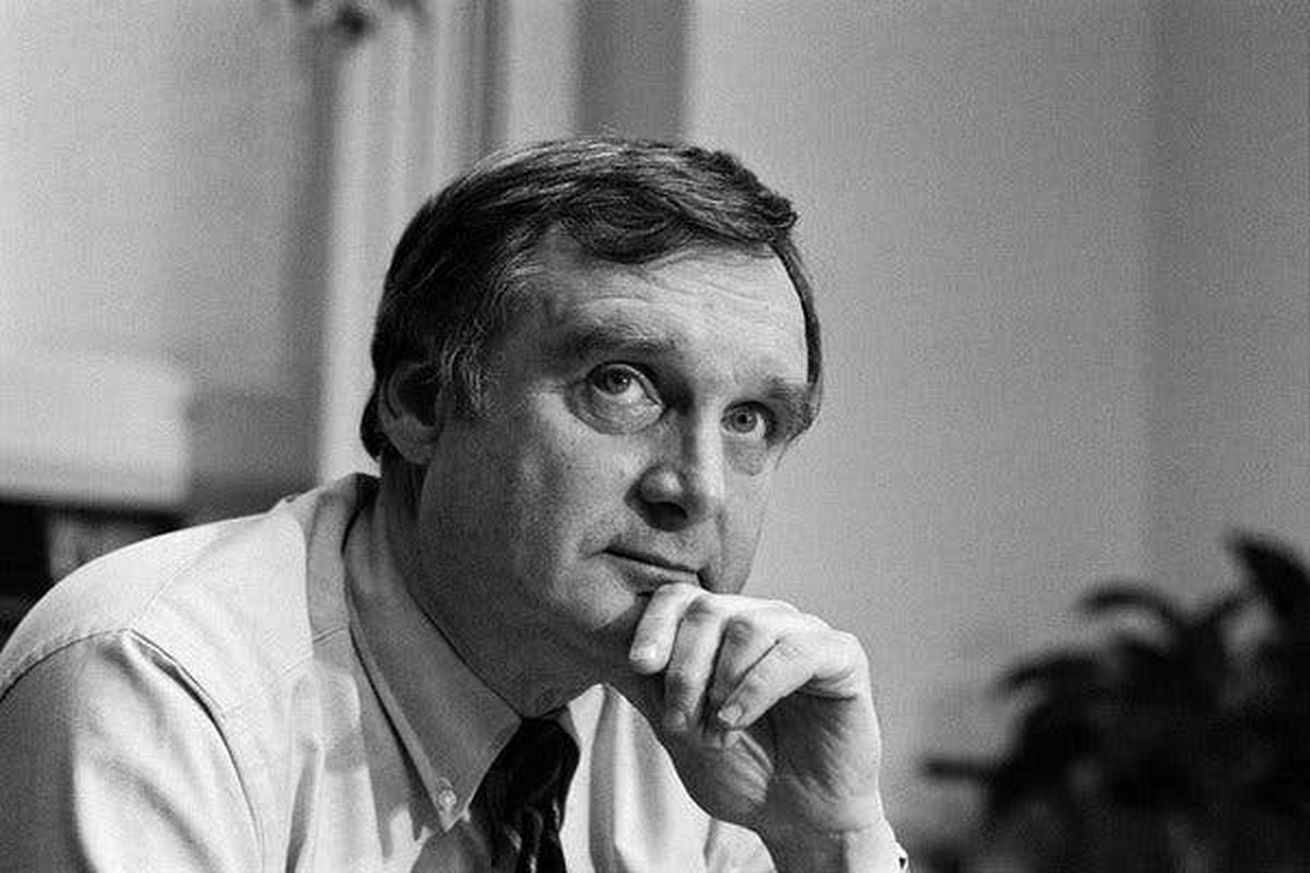 When Uncle Mike was the chief counsel for the Knapp Commission (the investigation of police corruption in New York), the trials were televised live on New York TV. It was stunning to watch Mike interrogate a number of NYPD officers. The results were also very stunning, as the Knapp Commission’s findings led to major police reforms — not only in New York, but around the USA.

In 1973, Mike was appointed the DA of Queens. The good news was, he was was able to bring two of his closest friends, John Keenan and Dick Condon, with him as “special assistant” DAs. As a lawyer in the Southeastern district of New York, Mike didn’t know a whole lot about the goings-on in Queens.

The DA of Queens job was intense — and with it came added death threats to the point where Mike was considering moving his family to an unknown location. What Mike elected to do instead was to return to private practice.

One of Mike’s highest profile cases was a $56M civil lawsuit that his clients, the step-children of Sunny and Claus von Bulow, filed versus their stepfather, Claus, who was suspected (but acquitted) of killing their mother (Sunny) with an insulin overdose. The civil case never went to trial, because Claus von Bulow agreed to hand over all assets of Sunny von Bulow’s estate to her children, leaving himself with just the assets that he brought to the marriage. (https://apnews.com/184ebf274409335d31607a1405fdbb44)

One of my fondest memories during this time period were the tailgates I enjoyed with Uncle Mike, John Keenan and Dick Condon. Since their grueling days in the Queen’s DA office, all three of them were thriving. John Keenan hit the jackpot in 1983 when President Ronald Reagan appointed him judge of United States District Court for the Southern District of New York. Judge Keenan ruled on the bench there for close to 14 years, before being named the Senior Judge.

Tailgating with the “Three Amigos”, as I liked to call them, was such a treat because they had such a facile way of making me feel as if I was a fellow colleague — they treated me with respect and enjoyed sharing their wisdom and their fascinating stories with me.

At halftime of the Giants/Cardinals game on December 10, 1978, a game in which all of us were able to sit together during a 17-0 Giants win, John Keenan returned to his seat and told us that he had just come from a meeting with NYC Off Track Betting officials and he had agreed to become their chairman and president. Let’s just say, there was a brandishing of flasks among the Amigos on that momentous occasion.

But halftimes of the Giants/Cardinals games in the Meadowlands during the 1980s were getting difficult to handle. A decade worth of mostly lopsided losses hit a crescendo at the halftime of the Giants/Cardinals game on Sept. 24, 1989, the year that Gary Hogeboom was the Cardinals’ QB — so much so that while standing in the beer line at halftime, a raucous Giants fan screamed, “Boy, I love the Cardinals game every year because the game is over by halftime!” On that day, the Giants won 35-7. Ugh.

Regardless, one of the memories of those games the stood out to me was seeing and appreciating how supportive my uncle, John Keenan and Dick Condon were for people of color. Uncle Mike had been handling some legal matters for the infamous boxing promotor Don King—-and the stories they shared about Don King were vividly hilarious. Uncle Mike asserted that, in his eyes, Don King, albeit a conniving rascal in many ways, was “one of the most brilliant men I have ever known.” Mike called King a “veritable genius of his craft.”

Mike also successfully represented former New York Yankees’ baseball star Dave Winfield during his salary disputes with Yankees’ owner George Steinbrenner over portions of it that Winfield was setting aside for his charity, The Winfield Foundation. According to Wikipedia (https://en.wikipedia.org/wiki/Dave_Winfield): The Winfield Foundation also became a bone of contention in Steinbrenner’s public feud with Winfield. Steinbrenner alleged that the foundation was mishandling funds and often held back payments to the organization, which resulted in long, costly court battles. It also created the appearance that Steinbrenner was contributing to the foundation, when in actuality, Steinbrenner was holding back a portion of Winfield’s salary. Ultimately, the foundation received all of its funding and the alleged improprieties proved unfounded.

In 2002, Mike was appointed by police commissioner Raymond Kelley to be the lead counsel of a three-lawyer panel to review the outcomes of the “Central Park Five” exonerations. “In 2001, Matias Reyes, a convicted murderer and serial rapist serving life in prison, confessed to officials that he had raped the female jogger (Trisha Meili). His DNA matched that found at the scene, and he provided other confirmatory evidence. He said he committed the rape alone.” ( https://en.wikipedia.org/wiki/Central_Park_jogger_case)

In January 2003, the panel issued a 42-page document named after Mike called the “Armstrong Report” in which the panel acknowledged, on the one hand, that the Central Park Five’s convictions deserved to be vacated, there was enough circumstantial evidence to suggest that they could have assisted in the rape and assault of Trisha Meili, but there was no DNA evidence to tie them directly to the crime.

As you probably know, this was an infamous, high-profile case that Donald Trump has taken a special interest in. Trump, who has been convinced all along of the Central Park Five’s guilt (and still remains so to this day — 30 years later), was adamant that the Central Park Five be convicted immediately and sentenced to death.

(According to a USA Today article on June 19, 2019—-link below) Less than two weeks after the attack on Meili, Trump took out a full-page ad in four New York City newspapers with the headline: “BRING BACK THE DEATH PENALTY. BRING BACK OUR POLICE!”

The $85,000 worth of ads were published on May 1, 1989, in The New York Times, The Daily News, The New York Post and New York Newsday. In a statement included in the ad, Trump criticized crime in the city and claimed there was no more ”law and order.”

A couple of summers ago when my sisters and I asked Uncle Mike if he had ever met Donald Trump, Mike said, “I actually tried a case for him.”

Mike said that he won the case and that afterward, Trump paid $300k of the $600k in legal fees, and that in lieu of the other $300k, Trump sent him boxing tickets to a bout at Madison Square Garden.

Then, while at an expensive $5k a plate charity dinner, Mike said he ran into Trump and when Mike asked him about the unpaid $300k, Trump indicated to him that he and his firm were lucky to be able to tell prospective clients that Donald Trump was their client. That the firm stood to make far more than $300k on account of him.

Later in the evening — and this was in the early days of Trump’s first season on The Apprentice — Trump rushed over to Mike’s table and asked to speak privately with him for a minute. He pulled Mike aside and said something to the effect of “in the other room, there are interviews going on with the celebrities that are here tonight — and you know what? When I walked in there, who do you think got the most attention? In fact, I was getting way more attention than Oprah! Way more!”

Mike said that all he could think of to say was, “Oh, you’re really like that?”

Curiously, a short time later, after Trump had apparently lost his next legal case, he called Mike to try to hire him for his next case. Trump scoffed when Mike reminded him of the $300k he still owed from the previous case. So, Mike said the only way he would agree to take the new case would be if Trump signed a $300k retainer. Apparently, this condition elicited a swift end to the conversation.

Mike’s last major assignment came in 2005 when he was appointed chairman of The Commission to Combat Police Corruption, by New York City Mayor, Michael Bloomberg. “The panel was formed in 1995, and conducts audits and studies on the department’s anticorruption strategies.” https://en.wikipedia.org/wiki/Michael_F._Armstrong

In a special way, this distinguished appointment was a career odyssey for Uncle Mike (from Serpico to Bloomberg) — for the legacy of New York Attorney Michael F. Armstrong will always be tied to the courageous work he and his compatriots did to try to combat police corruption, not just in New York City, but all round the world.

Yet, for me, Uncle Mike’s legacy will always start and end with his love for our family and his dear friends — with his extraordinary ability to regale his loved ones with stories and impassioned debates — and most specifically in my case, for accepting and embracing his 8-year-old nephew’s impulsive decision to root for the visiting team — so much so that when Mike made his own football game with a vibrating field and 22 toy soldiers that he turned into football players with little magnets on their feet. He painted the blue-helmeted team as the Giants and the white-helmeted team as the Cardinals, going as far as delicately painting in the NY in red on the blue helmets and the Cardinal in red on the white helmets.

When Uncle Mike presented this gift to me one Christmas in his cozy den in Scarsdale, NY, we were no longer mere spectators of the game and teams we loved. We became active participants on a toy sized field, squaring off as fierce foes, yet ever-loving rivals.