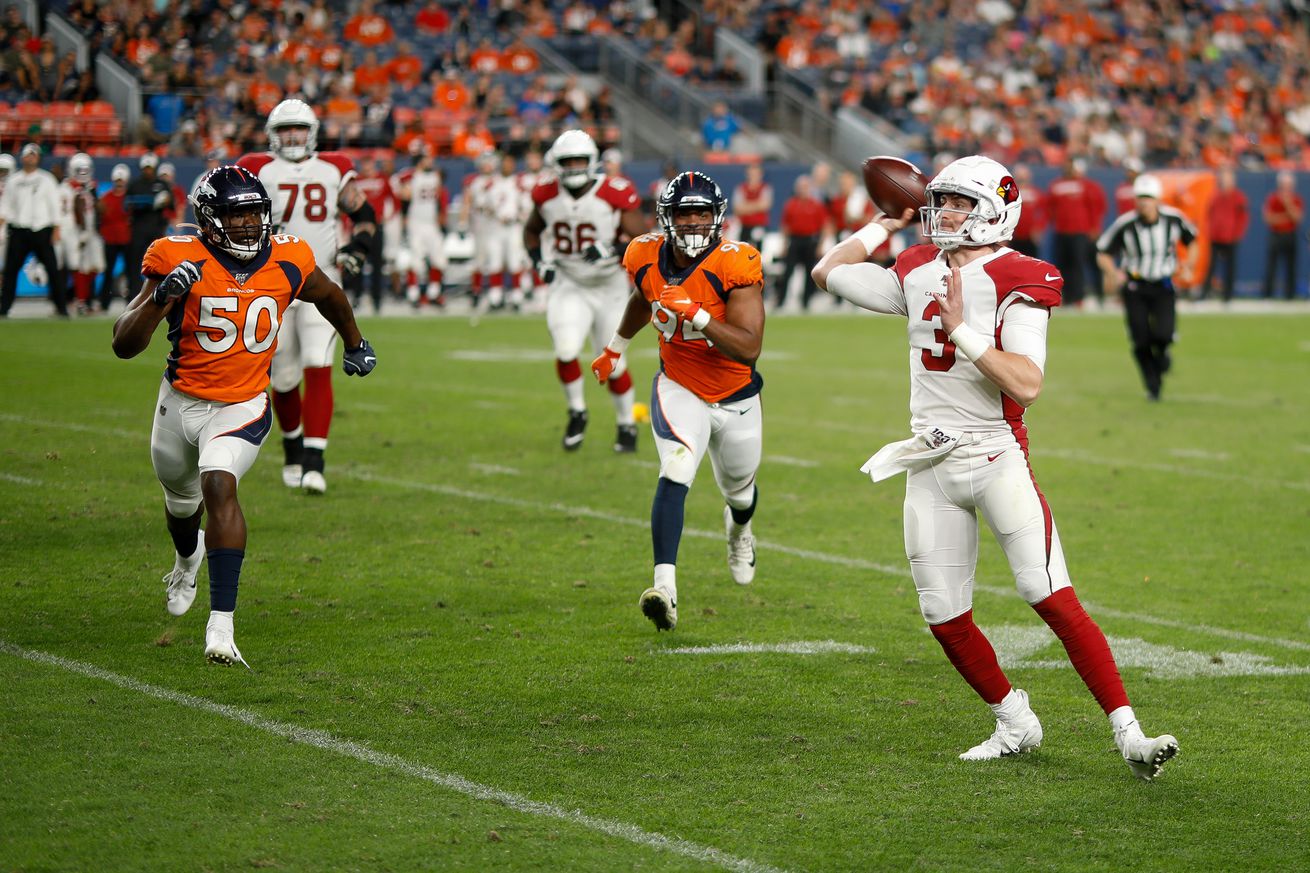 Whether or not it comes to fruition will be another story, but we know for now how the Arizona Cardinals season will start as the team announced their four game preseason schedule.

All four games will be on NBC locally and the team will open up with an early Saturday morning game in Green Bay.

Check out the schedule below.

To inquire about Cardinals tickets or to reserve a spot on the team’s season ticket waiting list, please call (602) 379-0102 or visit www.azcardinals.com/tickets. Fans should also know that SeatGeek is now the official primary ticketing partner of the Arizona Cardinals. Since State Farm Stadium opened in 2006, the Cardinals have sold out all 144 games (preseason, regular season and postseason) played there.