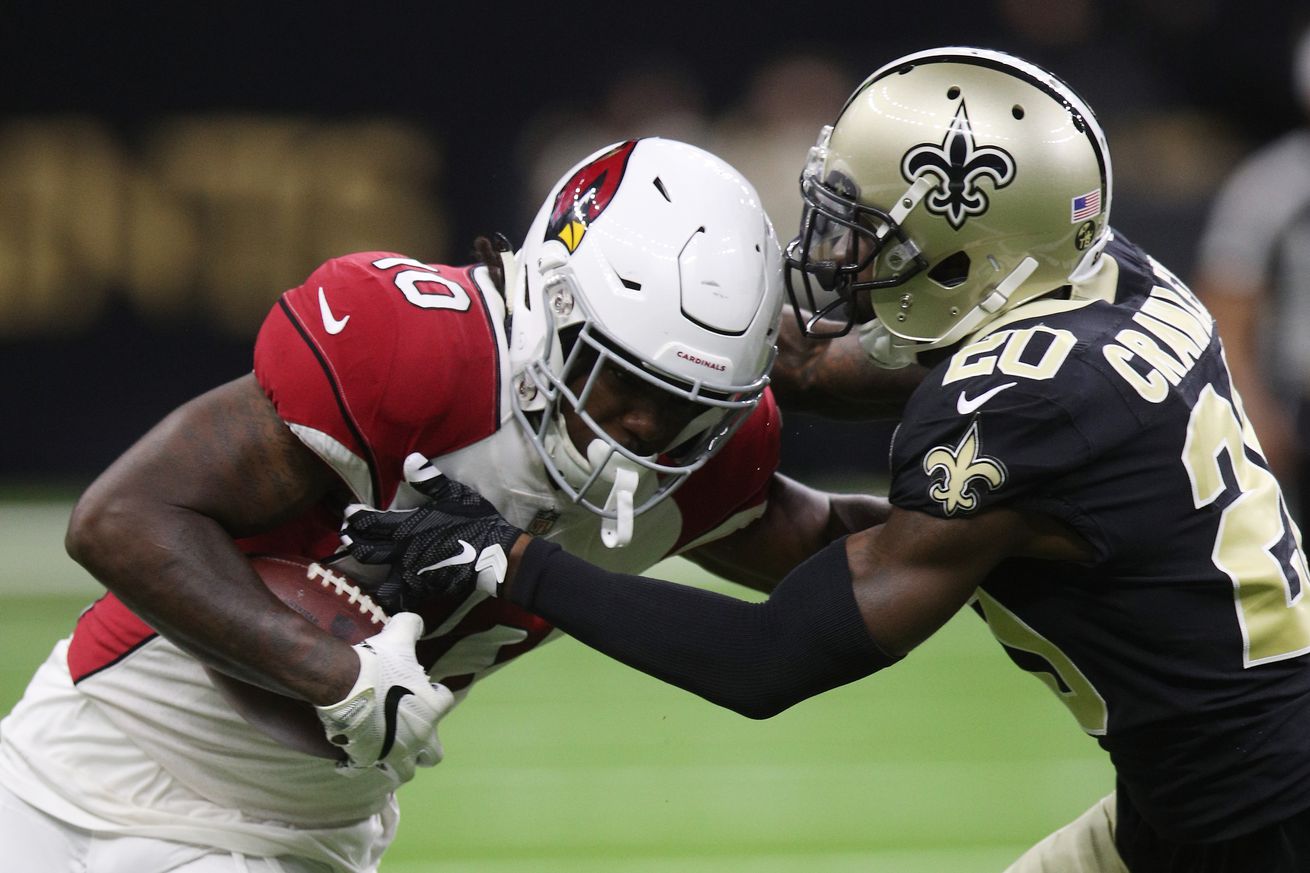 The Arizona Cardinals made their second signing of a cornerback official today as the team announced that they have signed free agent Ken Crawley to a one-year deal, and in a corresponding move placed Robert Alford on injured reserve.

In his career, Crawley has 134 tackles (121 solo), 31 passes defensed, one interception, one forced fumble and one fumble recovery. He also appeared in three postseason games (two starts) with New Orleans. Crawley spent the offseason with the Raiders prior to being released on Tuesday.

Crawley will join B.W. Webb in a competition to be a depth player and potentially get playing time in Alford’s absence.

Welcome to the team, Ken.