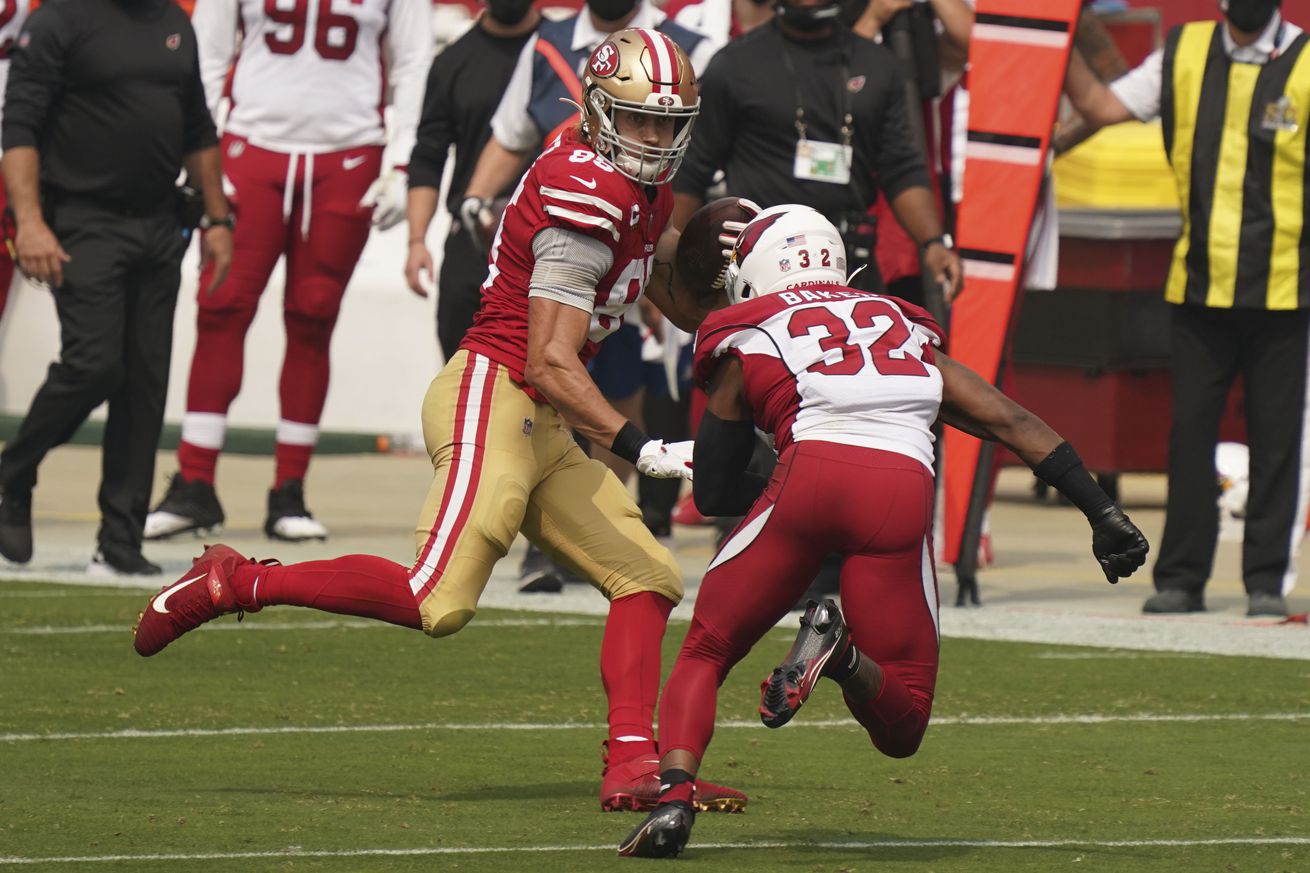 It was a rough first half, but the Arizona Cardinals are within striking distance of the San Francisco 49ers as they trail 13-10 at the half.

Kyler Murray and the Arizona Cardinals offense was very conservative in the first half, and it capped off with an interception on a great play by the linebacker.

The Cards offense was dink and dunk and never really opened it up in the first half.

Murray is 15/24 for 118 yards one touchdown and one interception.

The touchdown was set up after Ezekiel Turner blocked a punt and gave the Arizona Cardinals a short field for their first touchdown of 2020.

The defense has been surprisingly good, but Isaiah Simmons has struggled early.

The game may hang on the status of George Kittle, who left late in the first half after taking a shot from Budda Baker.

Enjoy the second half.