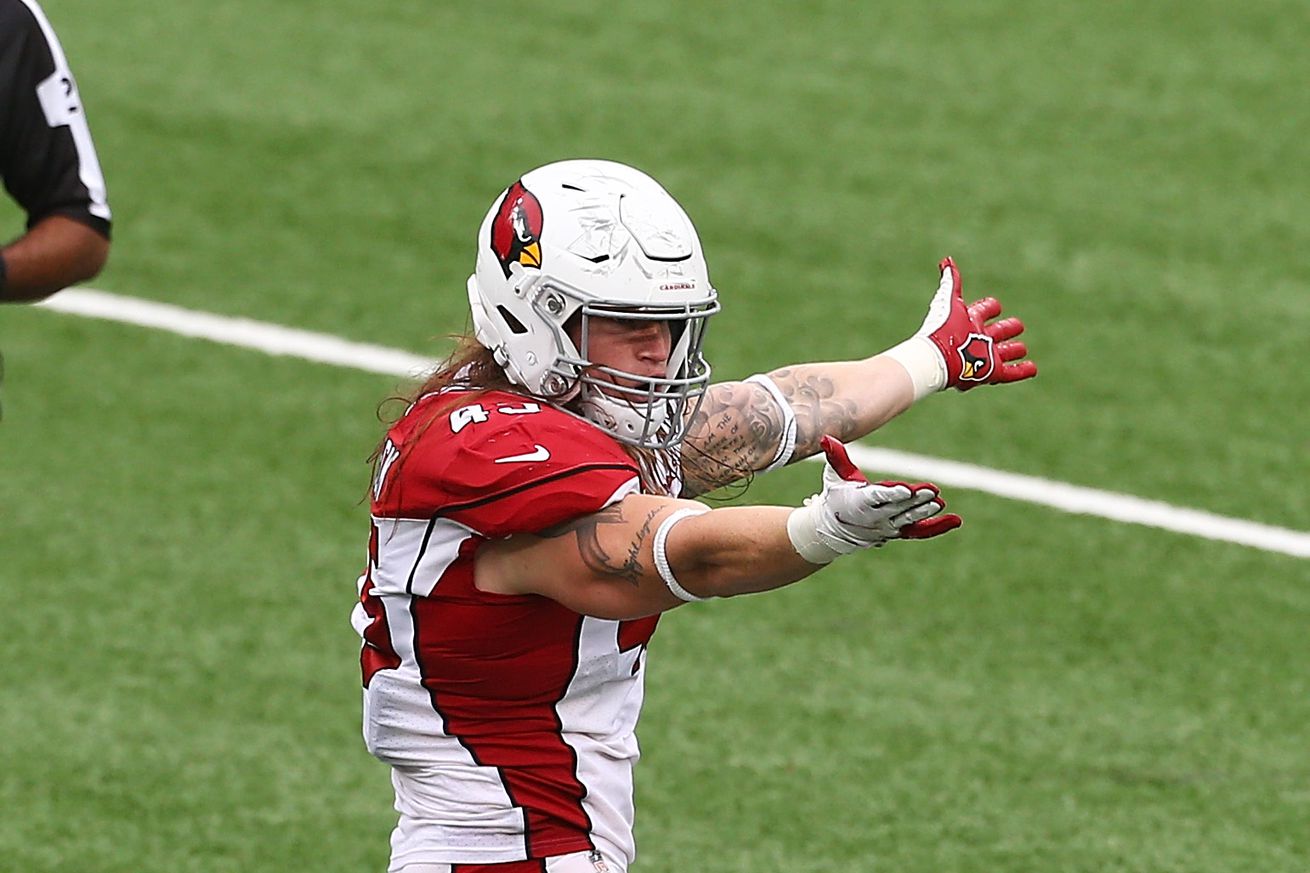 The first injury report of the week is not what we had hoped for.

Coming off an impressive win that resulted i the devastating loss of Chandler Jones, the Cardinals were going to be facing one of the most dynamic offenses in the NFL.

Of course, Dallas is dealing with their own massive loss, as Dak Prescott will join Jones on the sideline for the rest of 2020.

However, those are not the only injuries, and the Cardinals edge rushers are thin after Thursday’s injury report.

Kylie Fitts and Dennis Gardeck both missed Thursday’s practice, which is a big deal normally, but an even bigger deal with the loss of Jones.

The only slightly good news on the injury front at edge was that Devon Kennard was back in a limited role.

We will know more the next couple of days, but the Cardinals need to see some healthy reports coming out to help slow down a potent Cowboys offense.

Also, J.R. Sweezy is still dealing with an elbow issue that caused him to miss nearly half of the game against the Jets.

For the Cowboys, only Everson Griffen had a vets day off, as they try and get ready for the Arizona Cardinals.