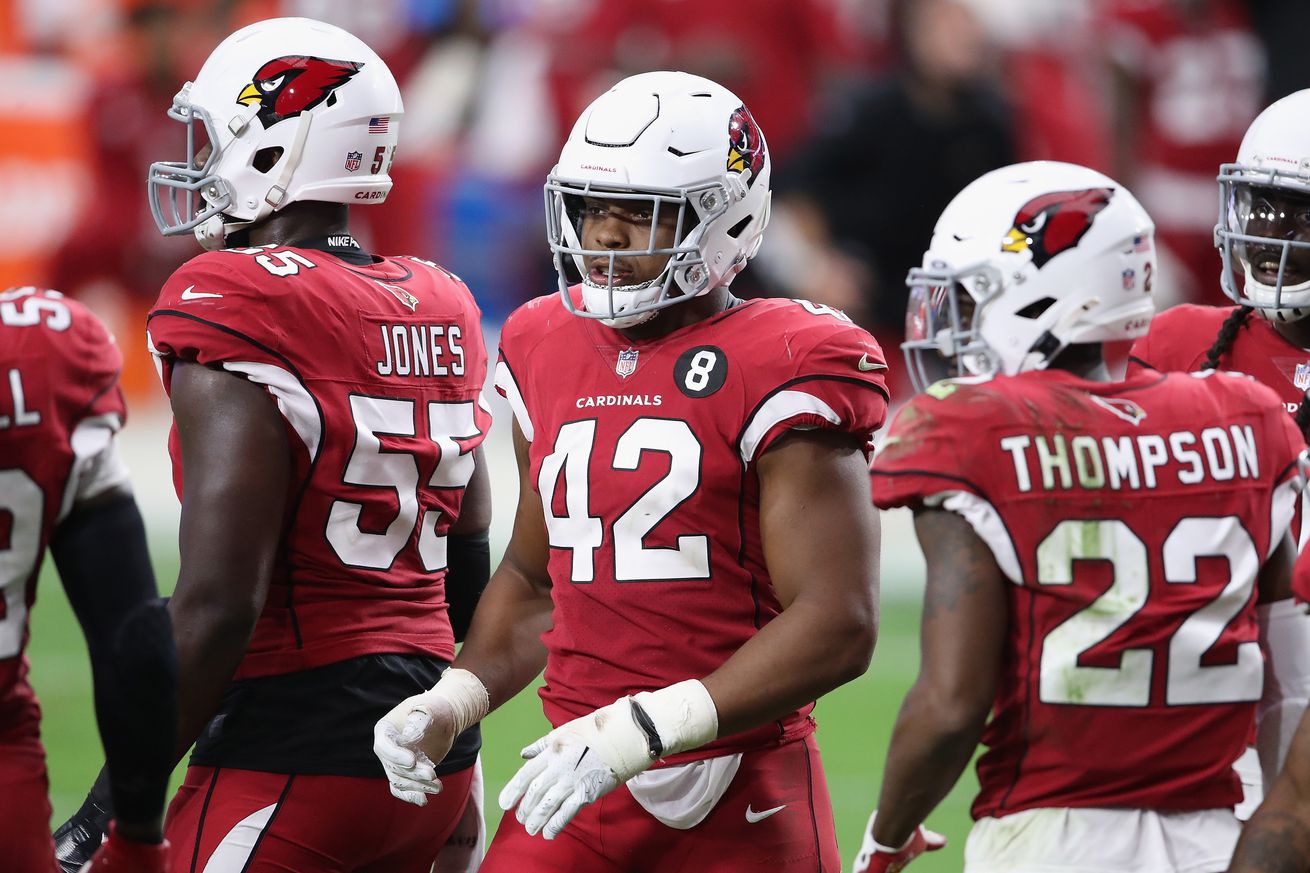 The Arizona Cardinals are heading into their matchup with the Carolina Panthers limping, and I am not just talking about their first loss to the Detroit Lions.

The Wednesday injury report for the Cardinals was maybe their most worrisome of the 2020 NFL season.

We know Budda Baker will likely not play after having thumb surgery, but the fact he was not placed on IR means the team likely expects him back in the next couple of weeks.

What about the rest of the names, let’s check out the Wednesday injury report for the Arizona Cardinals and Carolina Panthers.

DeAndre Hopkins was a non-participant on Wednesday for an ankle issue, meaning his normal Wednesday off needs to now be watch.

Joining him was Devon Kennard, who is dealing with a calf issue.

Making the Baker injury worse is that Chris Banjo, the two-way backup safety also missed practice on Wednesday due to a hamstring issue.

For the Panthers, something is up with Derrick Brown, we should know later, while Yetur Gross-Matos and Russell Okung did not practice due to illness and injury.

We’ll definitely keep an eye on everything as we get closer to Sunday.