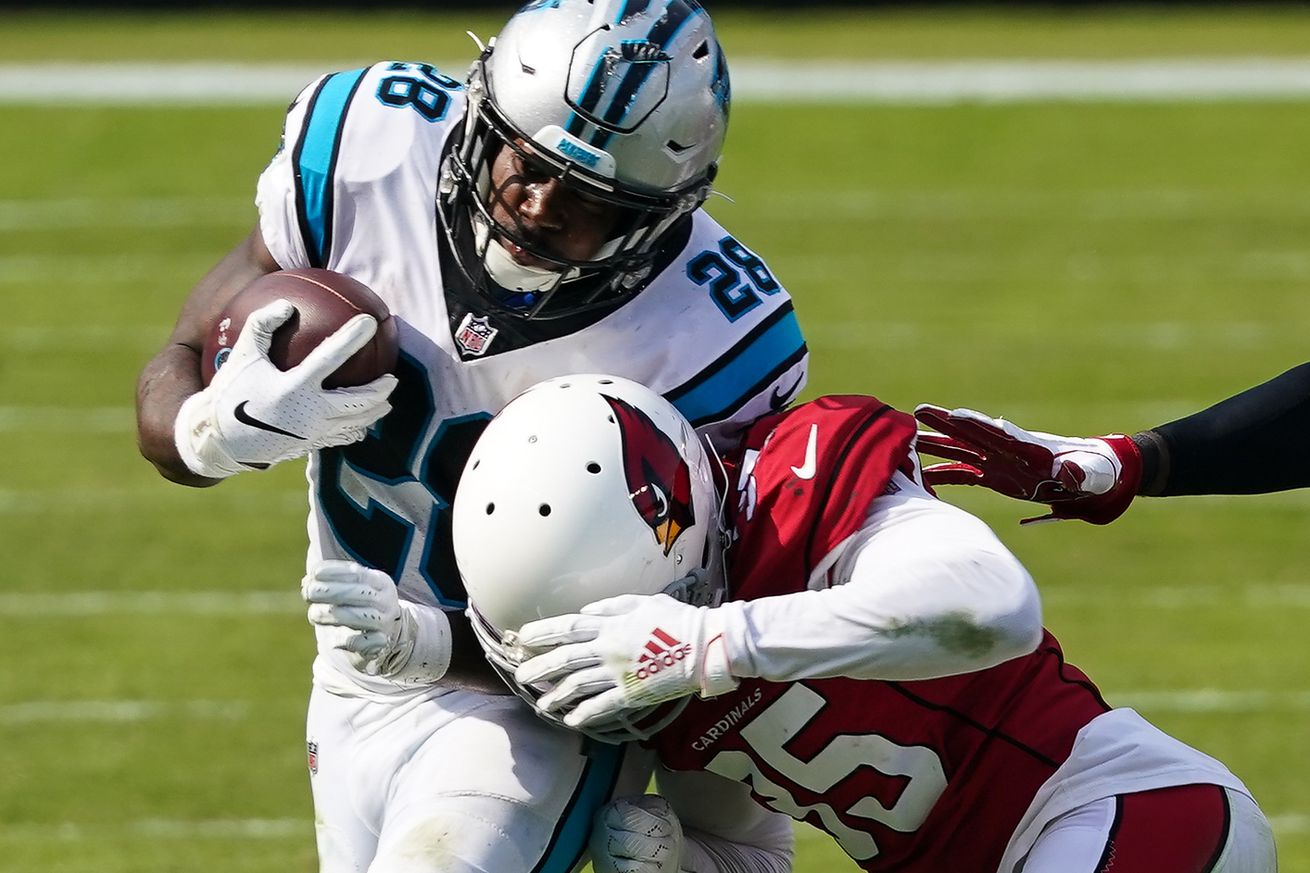 The Arizona Cardinals Football Club today announced that the team has elevated running back Jonathan Ward to the active roster from the practice squad and has released safety Curtis Riley.

Ward (6-0, 202) played the past two weeks for Arizona after being elevated from the practice squad. He originally joined the Cardinals as an undrafted rookie free agent from Central Michigan. Ward finished his college career with 2,539 rushing yards and 28 touchdowns on 473 carries (5.4-yard avg.) in 42 games while also catching 98 passes for 909 yards and four touchdowns. He ran for a career-high 1,108 yards and 15 touchdowns while starting all 12 games as a senior in 2019.

Maybe Isaiah Simmons can get more than 10 snaps now.

Welcome back to Ward, good luck to Riley.