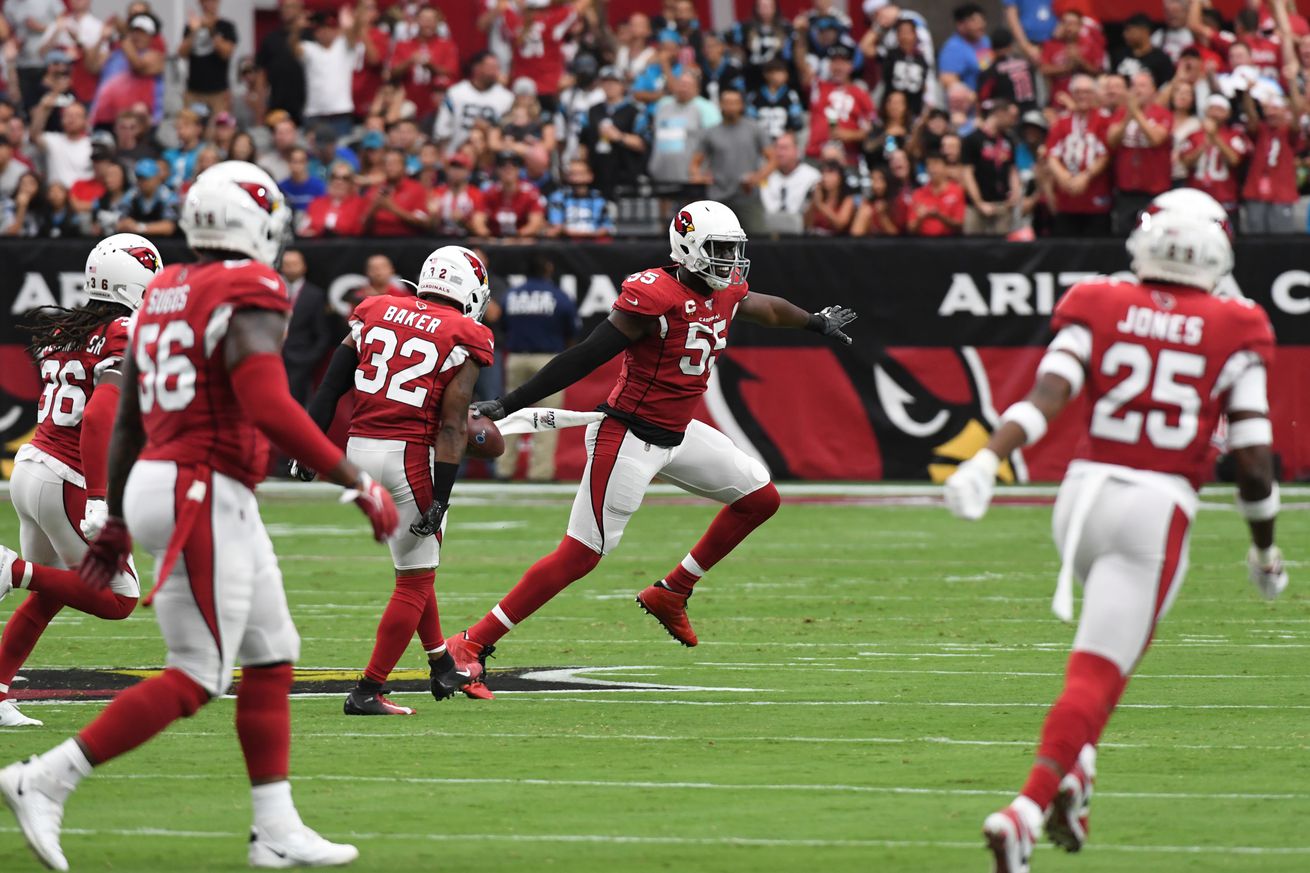 The NFL Top 100 list has come and gone and we now know that the Arizona Cardinals have five players on their roster for 2020 that were on the list.

That is actually an impressive group, but also tells a story.

First, Hopkins was obviously not a part of the organization in 2019 when he earned his spot on the list, but he is an Arizona Cardinal now.

However, with Hopkins joining the team and longtime top 100 player Patrick Peterson still on the roster the Cardinals are beginning to run out of excuses.

Talent is now here, they need to in turn show it on the field.

It is going to take a combination of these five players, players that could find their way on the list in 2021 in Peterson, Jordan Hicks, Isaiah Simmons and Jordan Phillips and improved coaching for the Cardinals not to just have good individual talent, but a team.

That is the ultimate goal after all, a team that is formidable, that gives you excitement as a fan to watch every Sunday and a hope that every year is your year.

It is time for the Cardinals to take that step.