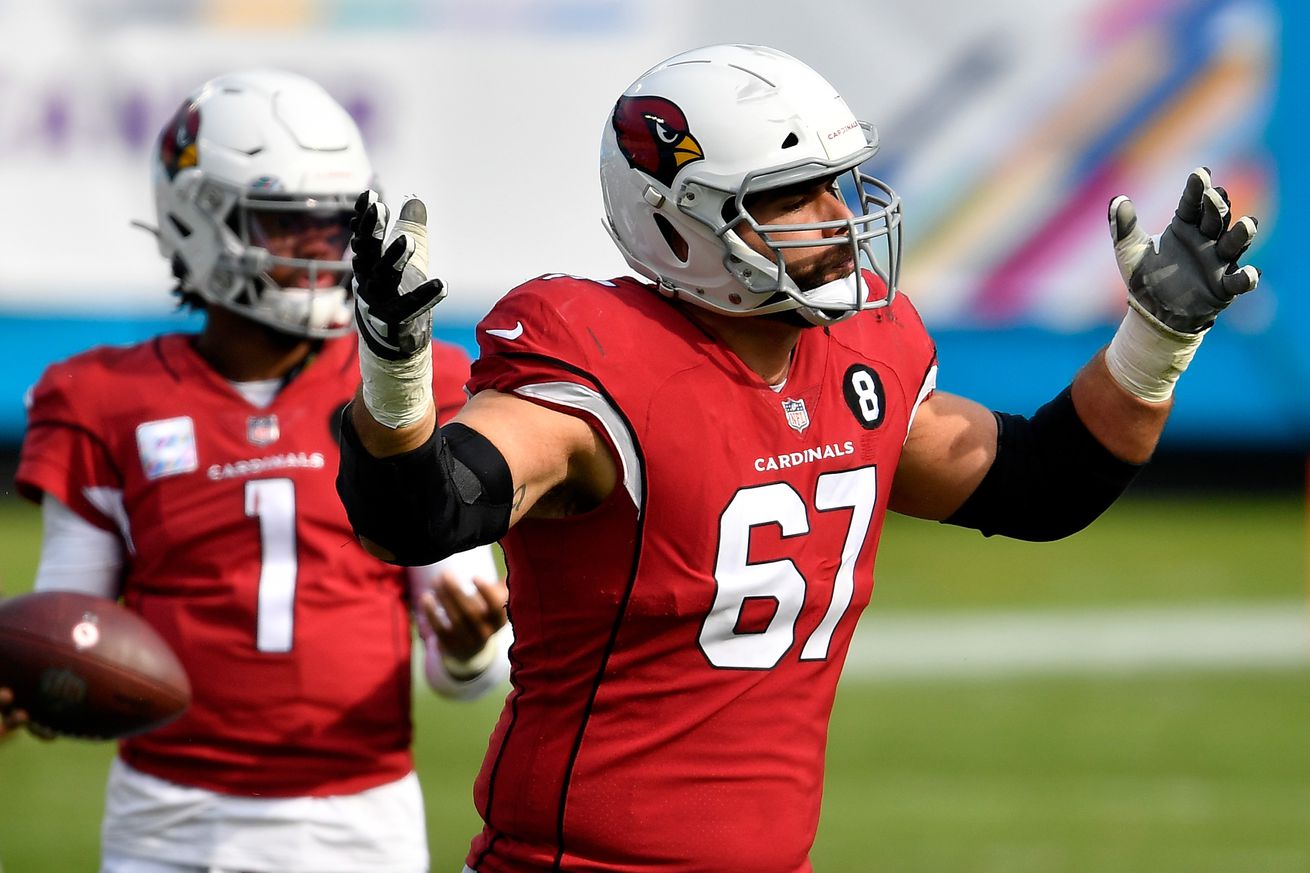 The Arizona Cardinals offense has improved over an average offense last year, where they finished 16th in points per game at 22.6.

This year, after five weeks they sit with 25.6 points per game where they are… 16th in the NFL in scoring offense.

While the three points per game is an improvement, they also do more harm to their own work than any other team in the league.

Despite being a top ten offense in yards, no team has done more to stall their own drives on offense than the Arizona Cardinals.

NFL keeps a statistic called “stalled drives” to note penalties significant enough to scuttle a possession. Patriots have just one all season, Titans two. 15 teams have five or fewer (one per game) this season, but Bucs have 14. Only team with more is Arizona (15).

That is an astonishing number of miscues that hurt a team that is close every week it feels like to breaking out.

However, you cannot breakout if you are making mistakes that set you back.

Darren Urban of the Arizona Cardinals looked deeper into the numbers:

According to the NFL, quarterback Kyler Murray has three such penalties (all intentional grounding) and guard Justin Pugh has three (a hold, a false start and a trip.) Out of those six penalties, though, only one — one of Murray’s — came in a Cardinals’ loss. Kelvin Beachum is the only other player with more than one, a hold and a false start. The Cardinals also have two delay of games the league does not assign to a particular player.

Murray has to clean up the mistakes, something we have talked about before with his growth is avoiding sacks, but also negative plays, which intentional grounding is. However, Pugh and Beachum are veterans that cannot be killing drives.

The delay of game penalties are especially infuriating because this team is supposed to be an up-tempo one. Yet, two penalties hurting drives come in the form of not being able to get the play in and going in a timely manner.

These are little things that take teams to the next level, and why the Cardinals offense, despite improvements still has work to do.