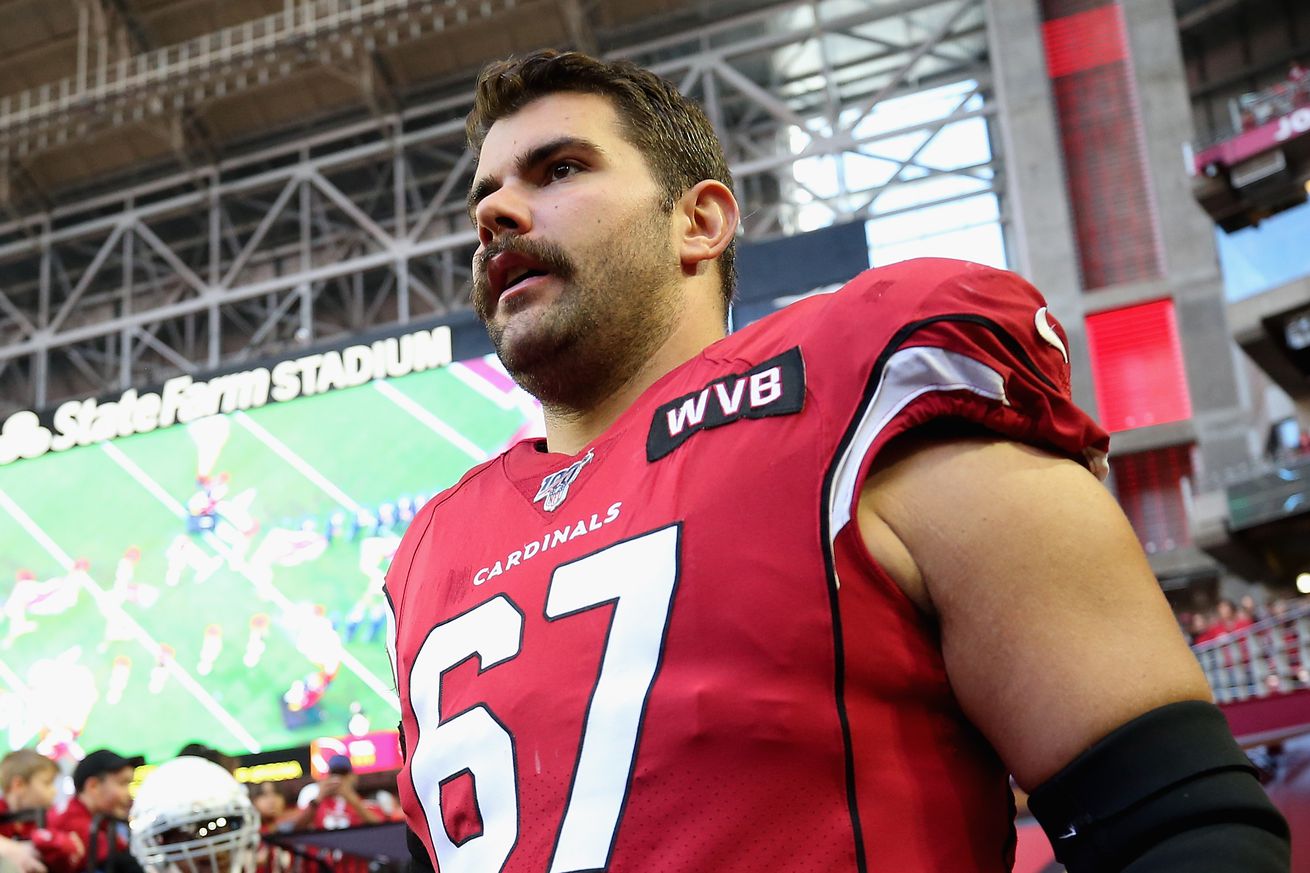 The Arizona Cardinals have been shopping a lot of players.

According to Albert Breer of Sports Illustrated the Arizona Cardinals have been trying to get something for players they were going to inevitably cut and Breer’s names were interesting:

Ex-Dolphins QB Josh Rosen and ex-Cardinals WR Hakeem Butler were on this list a few hours ago, too. So they’d been shopped. Market’s been quieter than normal. Cardinals have shopped a few OL, too (Josh Miles, Max Garcia, Justin Pugh).

Not sure we get a Tunsil-level deal here.

I have been told by someone I trust the team had tried to trade Hakeem Butler a couple of times but no one was willing to give up a draft pick.

But the names along the offensive line was a bit surprising.

After the tweet, Breer walked it back, meaning someone reached out to him to correct that report:

Just one thing to clarify on this, too … Pugh, obviously, is a little different than the other two Arizona OL. He wasn’t shopped as the other two were, but I’d heard his name came up and teams thought AZ might wanna shed salary.

I thought it was interesting that Pugh’s name was involved, but it could make a bit of sense.

The team has two key pieces that need extensions, DeAndre Hopkins and Patrick Peterson. While Pugh is good, he’s definitely on the higher end of the pay scale for his position.

So, if the team likes Justin Murray as much they say, then maybe it makes sense.

I just don’t see how that can possibly be a real thing, and Breer retracting makes some sense.