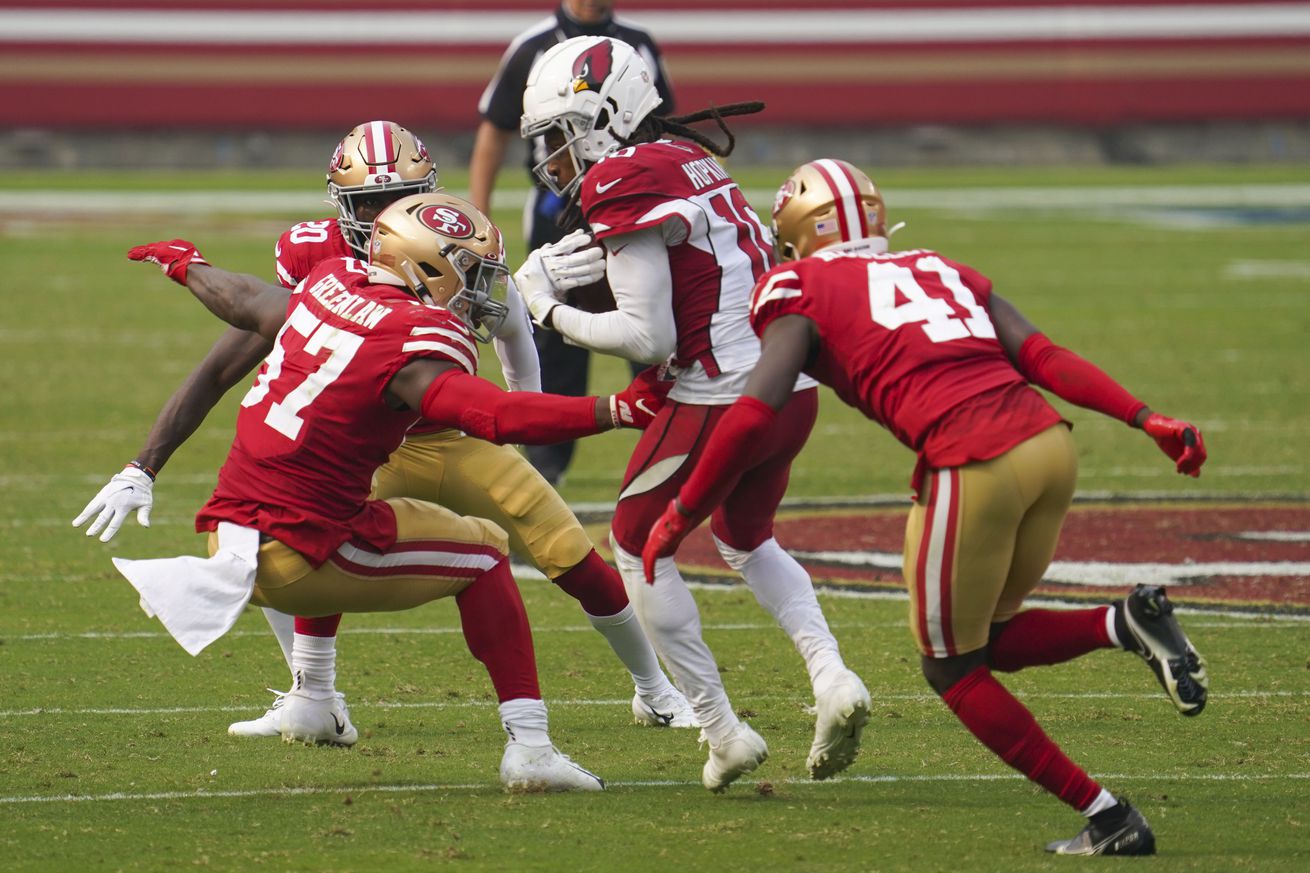 We are heading towards week two of the 2020 NFL season and the Arizona Cardinals are 1-0 and coming into a game as the favorites. Where are we?

We have all the news coming out of the game to help you get ready for the second game against the Washington Football Team.

Kingsbury: ‘They Battled Their Tails Off’
Head Coach Kliff Kingsbury talks to the media about how impressed he was with his coaching staff and team with the win yesterday.

Through The Lens: Cardinals-49ers
Images of the season-opening victory against San Francisco

Cardinals overcome missed chances in season-opening win vs. 49ers
Mistakes and miscues didn’t spell the end for Arizona in the team’s 24-20 season opener victory over the San Francisco 49ers.

Cardinals’ Kliff Kingsbury: ‘I will be better’ about wearing face mask
The NFL reminded team personnel on the sidelines about the COVID-19 requirements for wearing face coverings during games.

Cardinals happy to be cleaning up passing game following win over Niners
Cardinals coach Kliff Kingsbury admitted he was “rusty” with his play-calling on Sunday, and finding a rhythm with quarterback Kyler Murray took some time.

Cardinals’ Isaiah Simmons ‘will be better for it’ after rough season opener
With an abbreviated offseason that featured zero preseason games, Isaiah Simmons was flung into the fire during the Cardinals’ win over the 49ers.

NFL Week 2 odds: Arizona Cardinals heavy favorites over Washington
They are 6.5-point favorites opening the week of their home opener against the 1-0 Washington Football Team.

Cardinals vs, 49ers results: Studs and duds in Arizona’s 24-20 win
These players stood out for good and for bad for the Cardinals in their Week 1 win.

5 surprise contributors for the Arizona Cardinals in Week 1
These players made important plays for the Cardinals and were not expected to entering the game.

Cardinals vs. 49ers results: 9 takeaways from 24-20 win
We learned a lot about the Cardinals in Week 1.