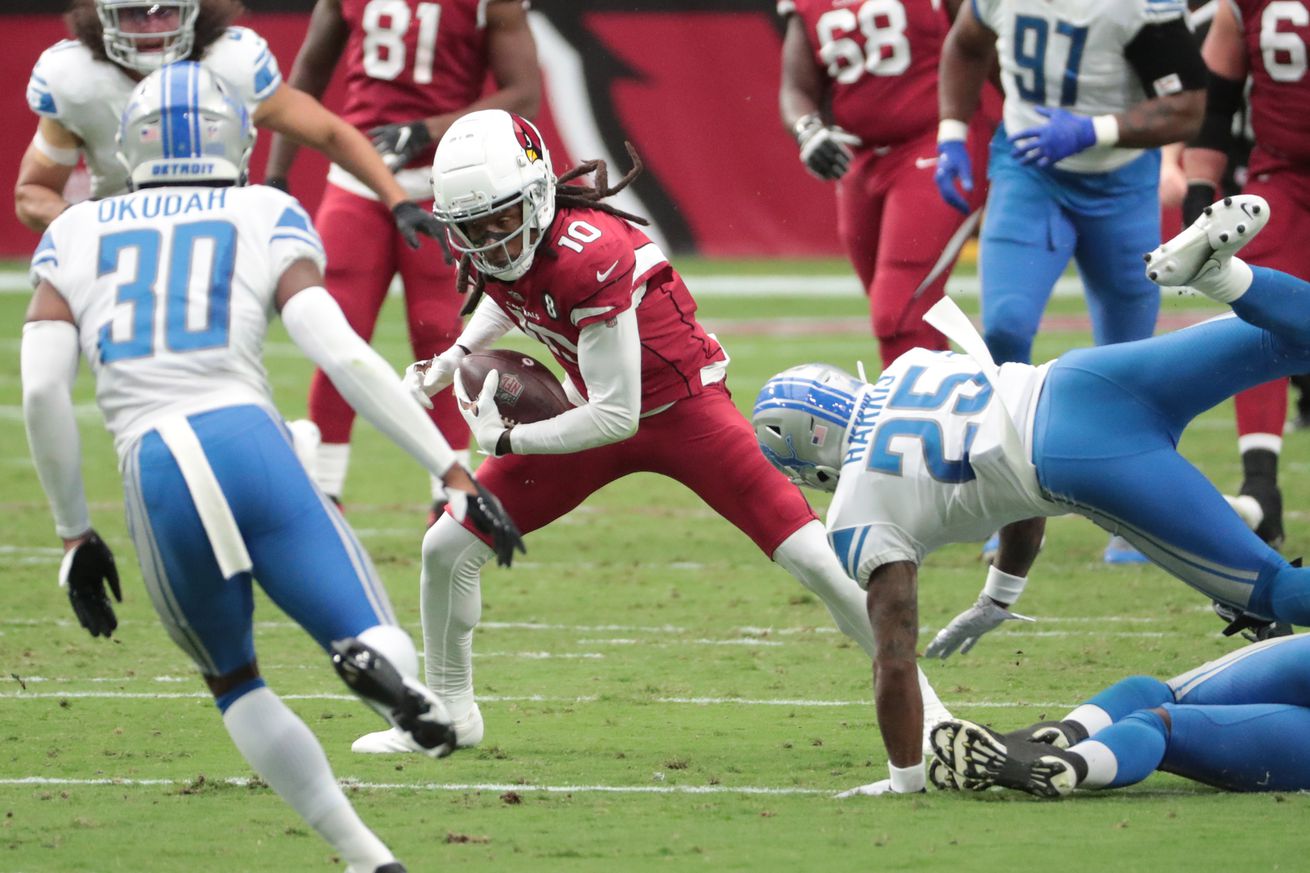 We are halfway through the week and the Arizona Cardinals will travel to Carolina to take on the Panthers.

We have all the news from around the web to help you get ready for that game.

You’ve Got Mail: Panthers Week
Topics include the No. 8 patch, Simmons at safety and Johnson’s targets

Cheerleaders At The Lions Game
Images of the Cardinals cheerleaders during the Week 3 matchup against the Lions.

Red Sea Report – Murray Looks To Bounce Back At Carolina
After a forgettable outing against the Lions, QB Kyler Murray looks to have a better performance on the road against the Carolina Panthers. Craig Grialou, Mike Jurecki and Bertrand Berry talk about what Murray needs to clean up in order to find success. P

Hot start for Cardinals’ DeAndre Hopkins coincides with decline for Larry Fitzgerald – Arizona Cardinals Blog- ESPN
Hopkins is off to the best start of an already decorated career, while Fitzgerald was held without a receiving yard in Week 3.

Formers Cardinals 2019 draft pick Hakeem Butler signs with Eagles
Hakeem Butler, a product of Iowa State, was waived by the Cardinals in early September after spending his rookie season on IR with a broken hand.

With injuries, AZ Cardinals’ Isaiah Simmons could be going to safety
With Jalen Thompson and Budda Baker out this week and maybe even Chris Banjo, “we may have to look into that,”said Kliff Kingsbury.