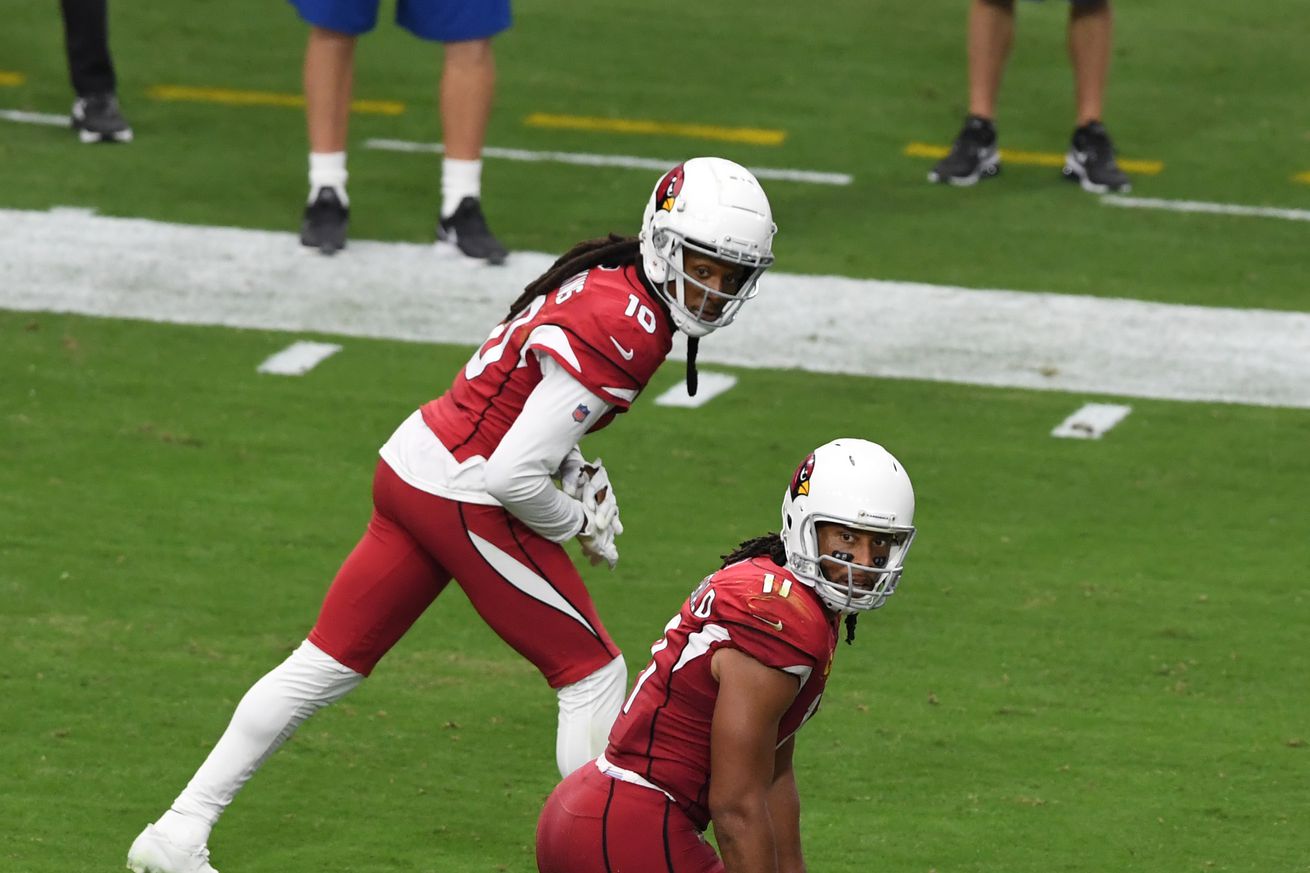 The Arizona Cardinals will travel to Dallas to take on the Cowboys on Monday Night Football, here is everything you need to know to help you get ready for the game.

Kyler Murray, High School Football Legend
Cardinals QB returns to Dallas where he became one of the best prep players ever

Cardinals Sign Isaiah Irving To Help At Linebacker; Chandler Jones To IR
Joseph says he is still sorting through potential solutions after injury

Admiring Certain Catches Of D-Hop, Fitz One Hand At A Time
The receptions that can’t really be practiced

Murray: ‘I Obviously Have To Stay Composed’
QB Kyler Murray meets the media on Wednesday to discuss his return to Texas for Monday Night Football.

Hopkins: ‘Offense Has To Step It Up”
WR DeAndre Hopkins talks about this offense preparing for Dallas, and his growing connection with QB Kyler Murray.

Fitzgerald: ‘We Really Like Our Gameplan This Week’
WR Larry Fitzgerald looks ahead to the Monday night match up against the Cowboys.

Joseph: ‘It’s Going To Be A Challenge To Stop Those Guys’
DC Vance Joseph updates the defense heading into the game against the Cowboys.

Team To Team – Facing Dallas
Kyle Odegard talks with Dallascowboys.com reporter David Helman about what the Cardinals should expect when they play the Cowboys.

Red Sea Report – Jets Grounded By Cardinals
The Cardinals got back into the win column after a 30-10 victory over the New York Jets. Craig Grialou, Mike Jurecki and Bertrand Berry discuss Kyler Murray’s career high passing performance, the defense fining a way to make plays and how the team will de

Cardinals Cover 2 – Budda Baker Bolsters Big Red Defense
After missing a game due to thumb surgery, safety Budda Baker returned against the Jets to register a sack to go along with a team-high 10 tackles. Craig Grialou and Mike Jurecki talk about how the Cardinals defense benefits when Baker is in the lineup. P

Kelvin Beachum: Cardinals offensive line not up to its own standard
Last season, more times than not, those tuning into Arizona Cardinals games saw then-rookie quarterback Kyler Murray getting up off the turf.

The Consensus Week 6: Cardinals get mixed reviews for win over Jets
The Arizona Cardinals did not see a ton of movement in this week’s The Consensus after beating the winless Jets and losing Chandler Jones for the season.

Cardinals face Dak-less Cowboys in primetime Monday night showing
The Cardinals enter their primetime matchup as the favorite against a Cowboys team without its star QB and a defense that’s been gashed all year.

Dennis Gardeck’s sack dances get uneven reviews by Cardinals
Dennis Gardeck does not care what his coaches or teammates think about his dancing. The Arizona Cardinals outside linebacker is just about football and fun.