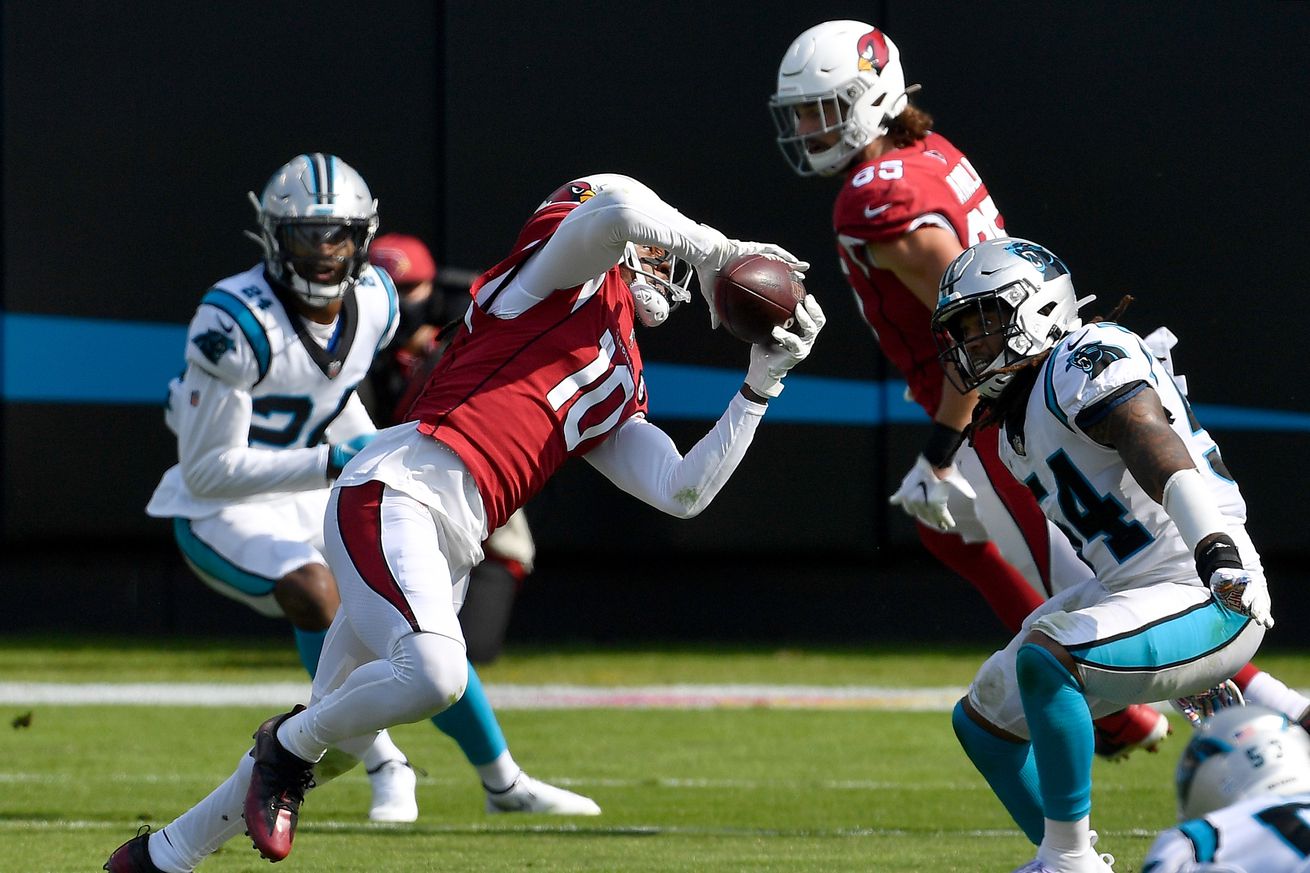 The Arizona Cardinals continue to falter after a fast 2-0 start.

Now, there are serious questions about the team and their direction that need to be answered, but before that we will look at all the news from around the web on your Arizona Cardinals.

Kingsbury: ‘We Didn’t Play Well Enough In Any Phase’
Head Coach Kliff Kingsbury recaps the team’s 21-31 loss to the Panthers.

Murray: ‘No Time To Panic’
QB Kyler Murray talks about the offensive struggles in the Cardinals’ loss to Carolina.

Cardinals vs. Panthers – Game Recap – October 4, 2020 – ESPN
Get a recap of the Arizona Cardinals vs. Carolina Panthers football game.

Cardinals defense gets run over early in Carolina, never recovers in loss
The Arizona Cardinals got off to a terrible start on Sunday against the Carolina Panthers and never bounced back from it in a 31-21 loss.

Bickley: Belief in Cardinals difficult to find after another convincing defeat
Dan Bickley writes that it’s nearly impossible to find optimistic angles on the Arizona Cardinals after two bad losses in a row.

Cardinals’ ‘sluggish’ offensive attack not up to Kliff Kingsbury’s standards
The Cardinals’ lack of offensive intensity to start Sunday’s game was on full display as the team could not right the ship in the 31-21 loss to Carolina.

Cardinals defense not panicking despite failure to execute vs. Panthers
When Cardinals linebacker Jordan Hicks was asked about the problems for the defense in a 31-21 loss to the Panthers, he didn’t make it all that complicated.

Isaiah Simmons still ‘work in progress’ according to Kliff Kingsbury
Part of the value in the Cardinals drafting Isaiah Simmons was his versatility, but even with injuries, Arizona can’t find him much playing time..

Cardinals-Panthers results: Takeaways in the 31-21 loss
It was a bad performance in pretty much every phase of the game.