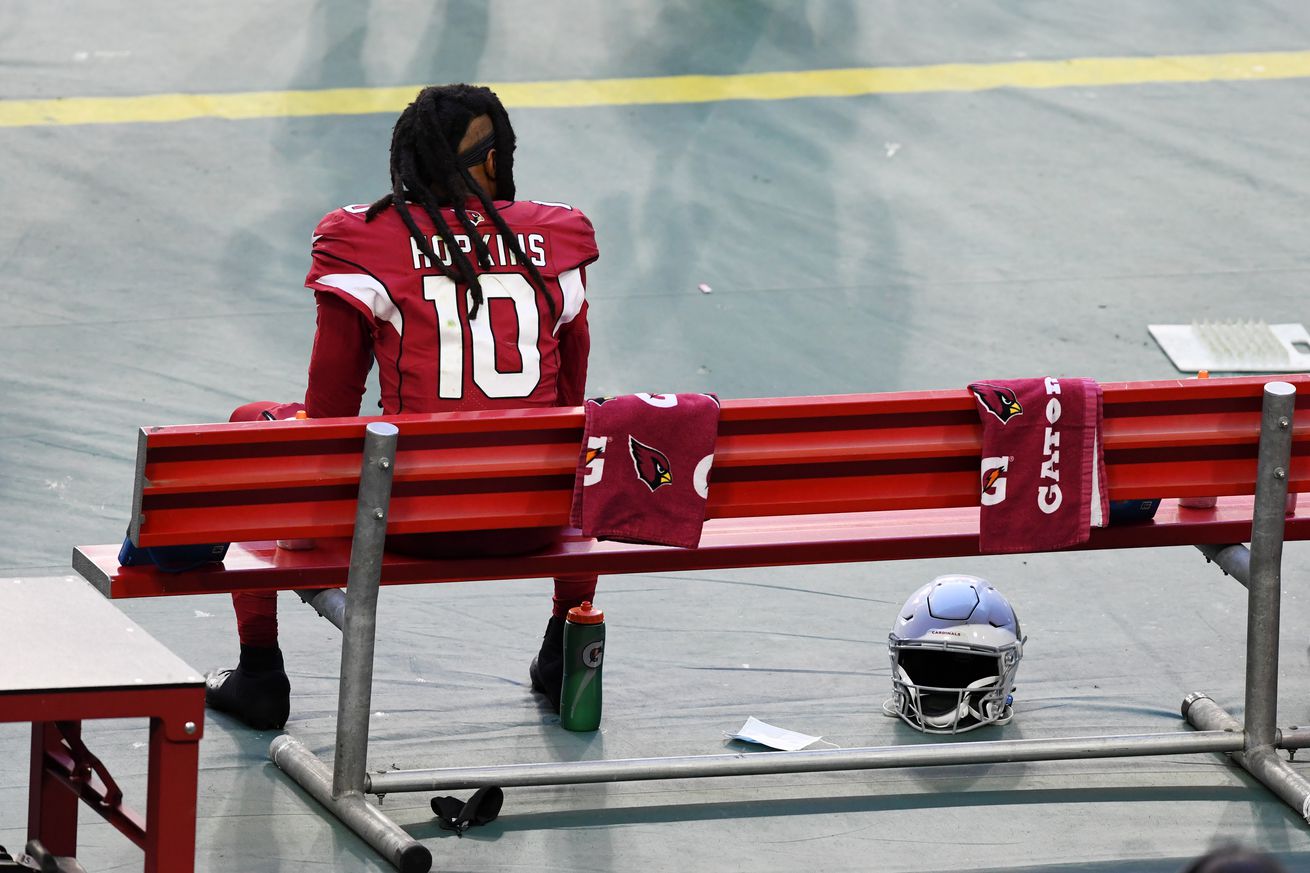 We are heading into a huge game against the Seattle Seahawks that will have big implications in the NFC West race.

Right now, the Cardinals are the top team in the West, but that can all change quickly on Thursday Night Football.

Let’s start to get ready for the Seahawks while still enjoying the Hail Murray a little longer.

Kingsbury Is Now ‘Focused’ On Seattle
Head coach Kliff Kingsbury meets the media on Monday following the big win over the Bills and looks ahead to Thursday Night Football.

Next Gen Stats: How The Cards Won the Game of the Year
Cynthia Frelund breaks down the numbers that lead to the play of the year — DeAndre Hopkins‘ Hail Mary TD against the Bills.

Call Of The Game – Hail Murray
Listen in to the call of the game from Dave Pasch and Ron Wolfley from Sunday’s thrilling win over the Buffalo Bills.

Cardinals Cover 2 – Hail Murray! Holy Hop!
Ep. 352 – Whichever tag you want use to label the 43-yard game-winning play, the end result is a Cardinals victory. It’s their sixth win of the season and it puts them in first place in the NFC West. Craig Grialou and Mike Jurecki dissect the final offens

Cardinals Underground – Reason To Hail D-Hop And Kyler
An amazing finish and a short week, so of course Paul Calvisi, Darren Urban and Kyle Odegard are going to go deep on the Hail Murray, that Kyler MVP consideration, the parts of the Cards that need improvement if they are to stay in the race to win the div

NFL playoff picture 2020 – Week 10 standings, bracket, scenarios and outlook for the postseason
A trio of teams from the NFC West sits at 6-3 on the season, but which one has the edge? Here’s how the postseason bracket looks at the moment and what scenarios lie ahead.

Kyler Murray’s feet deserve credit for Arizona Cardinals’ comeback, too – Arizona Cardinals Blog- ESPN
Murray did more than throw a Hail Mary to DeAndre Hopkins on Sunday. He ran for two scores, giving him 10 rushing touchdowns on the season.

Arizona Cardinals suddenly in control of NFC West title chase
Budda Baker foresaw a quiet night in with a glass of tequila, a little ice and a little pineapple juice in his future. Nothing crazy.

Seahawks QB Russell Wilson turnover-prone heading into Cardinals game
Russell Wilson seems to find ways to turn disastrous plays into remarkable ones, but the Seahawks quarterback has seven turnovers in the past two games.

Kliff Kingsbury got Venmo requests after Cardinals bad-beat Bills
Bettors weren’t pleased with the fun ending of the Bills-Cardinals game, Isaiah Simmons filled in nicely for De’Vondre Campbell and more.

Cardinals’ Kliff Kingsbury: Kyler Murray portraying MVP-like tendencies
Cardinals HC Kliff Kingsbury isn’t one to get into MVP discussions when there are games to be played. But after Sunday’s epic win, he shared his two cents.

Cardinals-Bills final score: Takeaways in the 32-30 Week 10 win for AZ
We look back at what we could take away from the win.

NFL standings: Arizona Cardinals are new NFC West leaders
Three teams — the Cardinals, Seahawks and Rams — all are 6-3, while the 49ers are 4-6 and have lost three in a row.