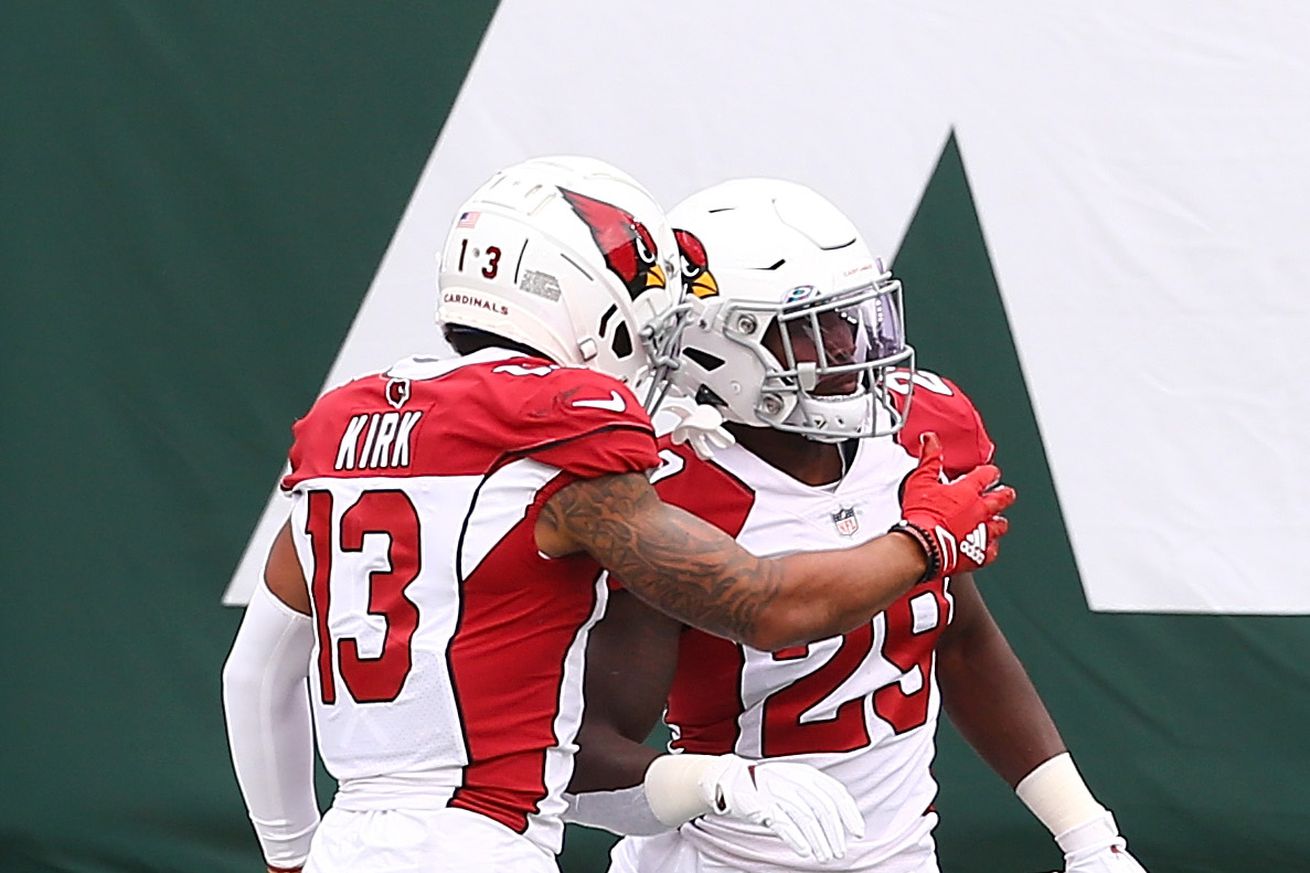 Happy victory Monday one and all.

We are again celebrating an Arizona Cardinals win, and there is a lot of news from around the web yo help you get ready.

Full Highlights: Cardinals at Jets
Watch the highlights from the Cardinals’ 30-10 win over the New York Jets in Week 5 of the 2020 regular season.

Kingsbury: ‘As A Group We Played Harder’
Head Coach Kliff Kingsbury talks to the media about what the Cardinals improved on and QB Kyler Murray’s performance.

Victory Speech: ‘Let’s Get Better’
Listen in as Head Coach Kliff Kingsbury delivers his victory speech and hands out the game ball.

Murray ‘We Have A Lot Of Weapons’
QB Kyler Murray talks about his big game against the New York Jets, and how dangerous the offense is as long as he’s getting the ball into his play makers hands.

Hopkins: ‘We Were More Aggressive This Week’
WR DeAndre Hopkins discusses his touchdown against the Jets and explains how he can be a down field threat as well.

Rapid Reactions: Cardinals get comfortable-enough win over Jets
Convincing? Debatable! But a win’s a win for the Cardinals right now, and a 30-10 scoreline over the Jets was a bounce-back victory Arizona was in need of.

Cardinals OLB Dennis Gardeck a silver lining after Chandler Jones’ injury
As the Cardinals await to confirm a possible season-ending biceps injury to outside linebacker Chandler Jones, hope came from one of his replacements.

Bickley: Cardinals get required win over Jets to keep hope alive
Dan Bickley writes that the Cardinals got a win they needed against a team they were fortunate to draw on the schedule at the right time.

Key 4th down conversion helped Cardinals take momentum from Jets
Darrel Daniels’ fourth-down catch for the Cardinals summarized what made a winning football team versus a losing one against the Jets.

Like 2019, Cardinals recommit to the RBs after 1st quarter of the year
There are parallels here to Kliff Kingsbury’s first year on the job. The Cardinals made sure to commit to the running game in a win over the Jets.

Cardinals vs. Jets: 3 keys to an Arizona win in Week 5
The Cardinals need to establish the running game, get off the field on third down and protect Kyler Murray.

Cardinals-Jets final score: Kyler Murray has 380 yards in 30-10 win
Kyler Murray throws for 380 yards and a touchdown and rushes for another.

Cardinals-Jets results: 8 takeaways in the 30-10 Week 5 win
Things look much better now than after their two losses the previous two weeks.

Chandler Jones, 3 other Arizona Cardinals suffer injuries in Week 5
Two starters on the offensive line came out of the game.