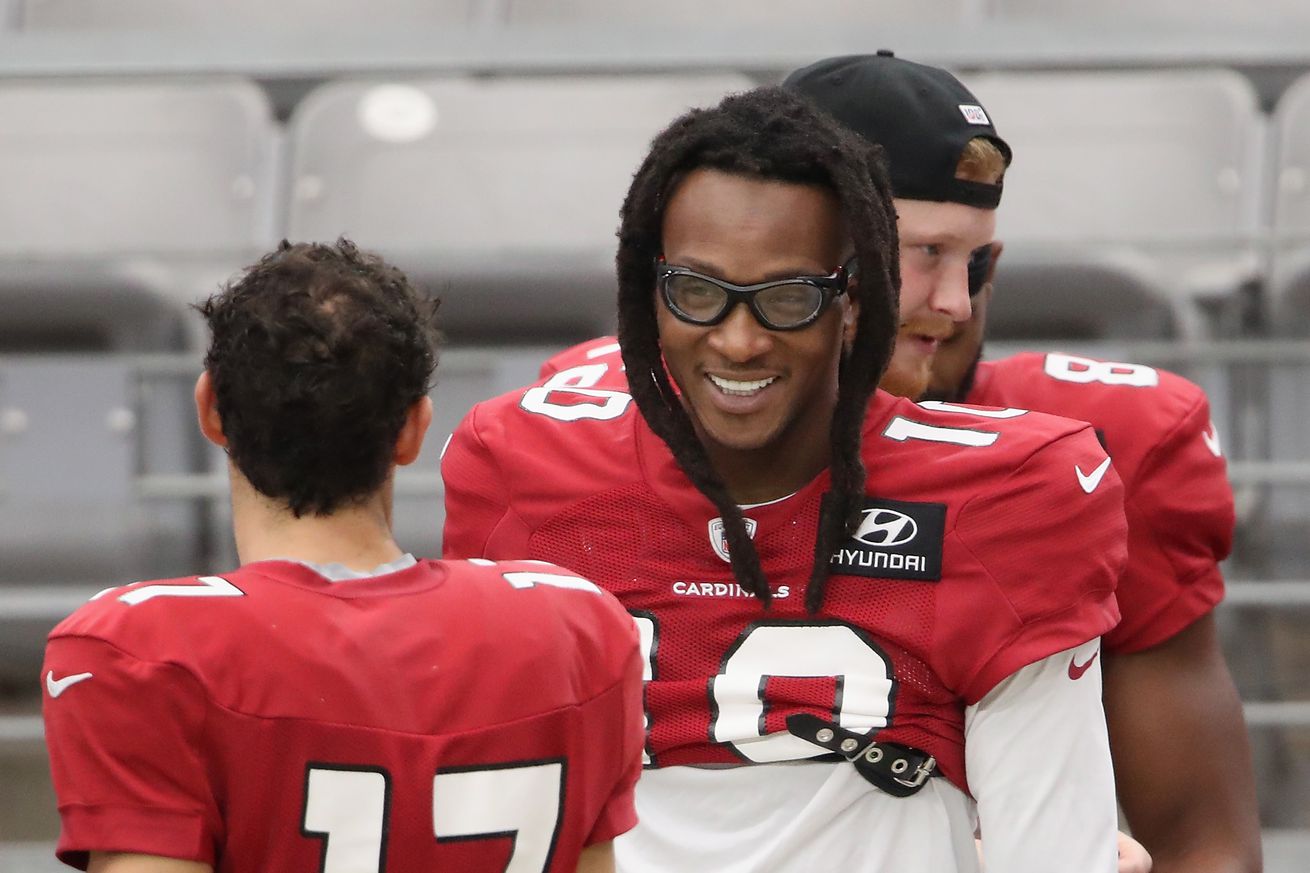 Happy Thursday one and all.

The Arizona Cardinals are still 10 days away from their first one of 2020, but the NFL is only seven days away from kicking off a very odd 2020 season.

We have all the news and notes from around the web to help you get ready for the start to the Cardinals season, let’s get to it.

Joseph: ‘It’s Made Us A Better Defense’
Defensive Coordinator Vance Joseph talks about facing Kingsbury’s offense in practice and how the new additions on defense has improved the group.

Unfiltered – Defensive Line
Watch as the defensive line take on the sleds.

Fight To The Finish
Watch exclusive highlights from the Cardinals’ practice at State Farm Stadium.

Cardinals Underground – Running Down The Roster
The Cardinals are about to close training camp and make their final cuts, which is perfect podcast fodder. Paul Calvisi, Darren Urban and Kyle Odegard talk Kliff Kingsbury favorites from the Red & White Practice, those guys near the end of the roster who

4-down territory: Most underrated Arizona Cardinals for 2020
What underrated means might differ between Doug & Wolf’s Doug Franz, Ron Wolfley and Paul Calvisi, but nevertheless, they were asked the question.

Vikings QB Kirk Cousins respects coronavirus fears but, ‘Even if I die, I die’
Minnesota Vikings quarterback Kirk Cousins said he’s unconcerned about the coronavirus, with a worry on a scale of one to 10 that’s “about a 0.000001.”

Arizona Cardinals gain cap space by reworking D.J. Humphries’ deal
He will count less than $6 million against the cap this year with the restructure.

Budda Baker contract extension details, guarantees, cap hits
He will count $3.78 million against the cap this year and has not guarantees after 2021.