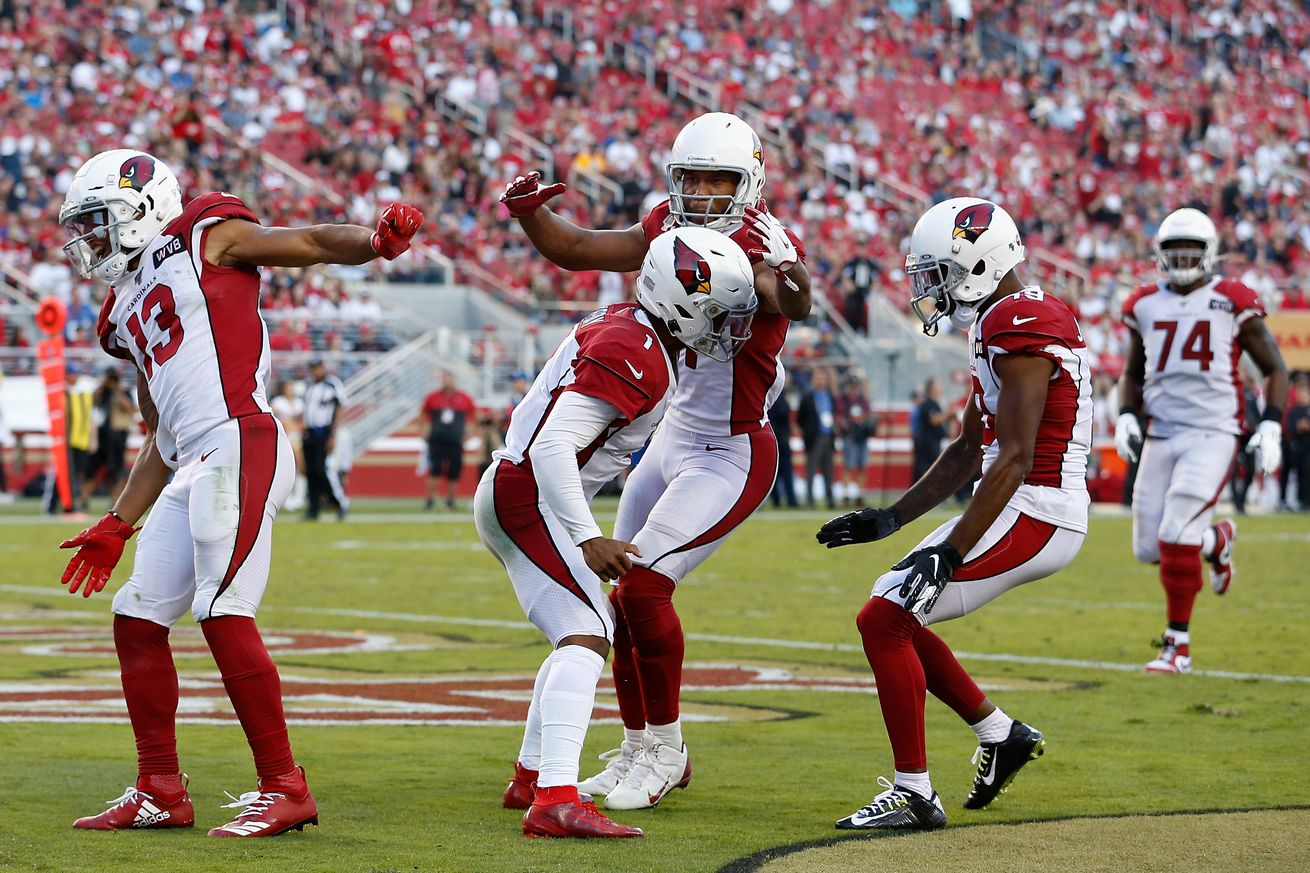 The Arizona Cardinals and the rest of the NFL are a bit on their own right now. The teams players are responsible for getting together and getting their work in.

Lucky for the Cardinals, they have someone like Kyler Murray willing to arrange that.

We have that and more from around the web on your Arizona Cardinals.

You’ve Got Mail: The Minicamp Week That Wasn’t
Topics include target shares at wide receiver, right tackle and the 2011 Kolb trade

Kyler Murray: ‘What’s Been Going On Is Completely Wrong,’ Plans To Kneel
Quarterback optimistic his generation can push for anti-racism

Kyler Murray Isn’t Worried About Losing On-Field Work
Quarterback has been throwing in Texas; Video work has been crucial

Which Team Has The Best WR Duo In The NFL?
NFL Network’s Kurt Warner, LaDainian Tomlinson and Steve Mariucci debate which team has the best wide receiver dup in the NFL entering 2020.

Murray: ‘We Should All Be Treated Equally’
QB Kyler Murray discusses police brutality and racism, his offseason workouts during quarantine and team expectations.

Kenyan Drake On ‘GMFB’: Kyler Has Invited Us To Dallas
Cardinals RB Kenyan Drake talks to

Red Sea Report – Continuity Is Key For Cardinals Offensive Line
Left tackle D.J. Humphries recently met the media to talk about expectations for the offensive line, the virtual offseason and blocking for Kyler Murray. Craig Grialou, Mike Jurecki and Kyle Odegard examine how the o-line can build upon a solid 2019 seaso

Cardinals Underground – The End Of A Half-Empty Offseason
The Cardinals cut their virtual meetings short and never got on the field – something Larry Fitzgerald wasn’t going to be upset about – and so Paul Calvisi, Darren Urban and Kyle Odegard discuss that, the unknown heading into whenever training camp might

Cardinals Cover 2 – Kyler Murray Believes ‘The Sky’s The Limit’ For Team
Kyler Murray is very confident, not only in his own ability but in the talent that is expected to surround him on the field in 2020. Craig Grialou and Mike Jurecki discuss what Murray had to say in his nearly 31-minute press conference, including how exci

Cardinals QB Kyler Murray adapts, grows in unprecedented offseason
An outspoken Kyler Murray talked to reporters about kneeling during the National Anthem and his offseason of improving in a remote setting.