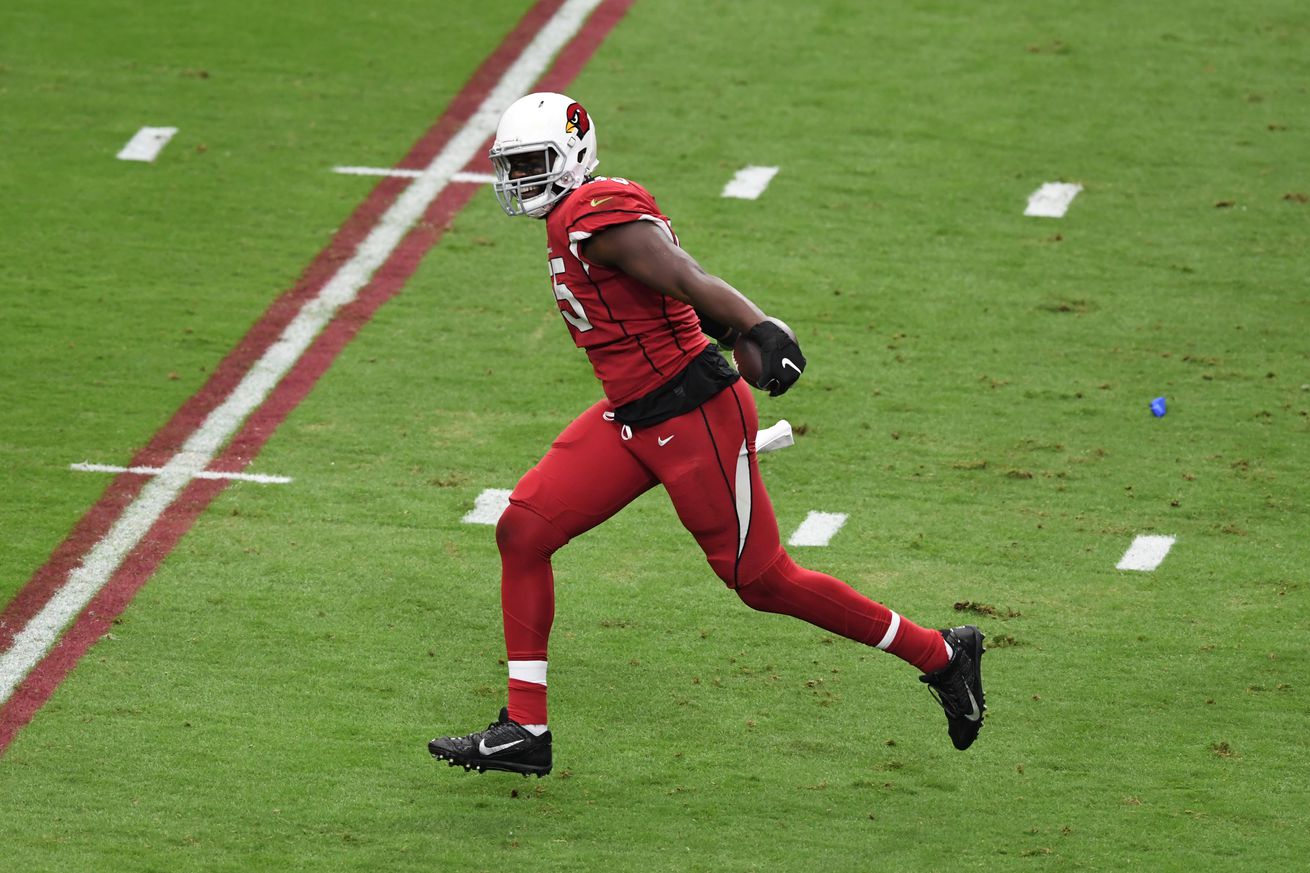 Happy gameday one and all.

The Arizona Cardinals will take on the Carolina Panthers and we have all the news from around the web to help you get ready.

Three Big Things: #AZvsCAR
A look at the top storylines for Sunday’s game

Team To Team – Facing Carolina
Darren Urban talks with Panthers.com insider Bill Voth about what the Cardinals should expect when they play in Carolina on Sunday.

Work Week – AZ vs CAR
Check out highlights from this week’s practices as the Cardinals prepare to take on the Panthers.

Kingsbury: ‘Game-Time Decision’
Head Coach Kliff Kingsbury talks to the media on the status of several players and how the team looked this week in practice.

Season In Focus – Week Four
In this week’s episode we get to know newcomers LB De’Vondre Campbell and LB Devon Kennard who is mic’d up against his former team.

Cardinals Cover 2 – Offense ‘Very Close’ To Clicking
Ep. 323 – When the longest-tenured and arguably greatest player to put on a Cardinals uniform expresses confidence in the offense, you tend to believe him. Larry Fitzgerald is not concerned, nor is he concerned about his targets.

Big Red Rage – Andy Isabella Becoming Confident Playmaker
Wide receiver Andy Isabella has made a handful of big plays this season including a two touchdown performance against the Detroit Lions. Isabella joined Paul Calvisi and Ron Wolfley to talk about his positive start, playing with confidence

Cardinals Cover 2 – Carolina In My Mind
Ep. 324 – To a man, the Cardinals have said all the right things following last week’s disappointing loss to the Lions. Now, they have to back up that talk. What’s it going to take for a bounce-back win? Good question. Mike Jurecki has the answer.

Cardinals GM on DeAndre Hopkins’ injury status: Look at history
Steve Keim doesn’t seem worried about DeAndre Hopkins playing through an ankle injury that kept him out of practices before the Carolina Panthers game.

Steve Keim: Kyler Murray, Cardinals did not step up to challenge vs. Detroit
Cardinals GM Steve Keim didn’t beat around the bush when talking about the franchise quarterback Kyler Murray and his play against the Lions last Sunday.

How DeAndre Hopkins is improving his YAC with the Arizona Cardinals
DeAndre Hopkins built a reputation as a physical, wiry receiver who leaned on his big mitts and route-running to make up for any lack of speed or height.

Arizona Cardinals get to know the new-look Carolina Panthers
Here’s a little get-to-know-you on Matt Rhule, his staff and some new key players for a Carolina (1-2) squad coming off a win over the Los Angeles Chargers.

Arizona Cardinals sign OL Justin Murray to 2-year contract extension
He is now under contract through 2022. J.R. Sweezy is a free agent after this season and Marcus Gilbert is under contract for 2021.