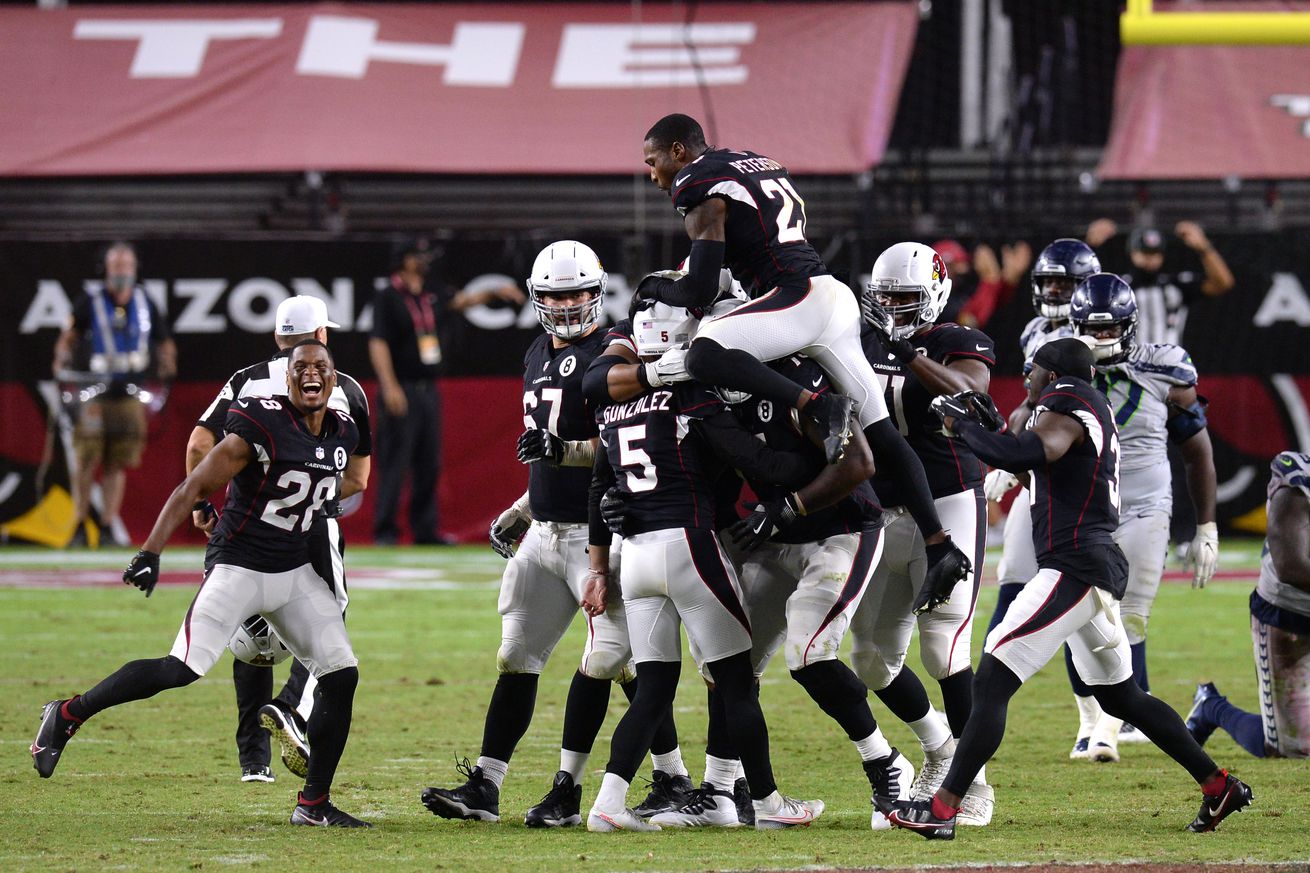 The Arizona Cardinals are off this Sunday and that means a chance to sit back, relax and enjoy the NFL from afar… Which is a nice change of pace.

I love bye weeks, but we still have plenty of news from around the web to help us get ready, let’s get to it.

Cardinals Aware Bye Week Must Be Handled Better In 2020
Besides COVID concerns, Kingsbury wants to avoid flat game showing like 2019

Cardinals Allowed 4,200 Fans For Games Against Dolphins, Bills
Season-ticket seniority list will still be avenue to get tickets

Joseph: ‘We’ve Got Great Depth At All Of Our Positions’
DC Vance Joseph talks about the state of the defense heading into the bye week.

Wired – Budda Baker Vs. Seattle
S Budda Baker takes you inside his footrace vs. Seahawks WR DK Metcalf, as he was mic’d up for our thrilling OT win on Sunday Night Football.

On The Fly With Christian Kirk
Lisa Matthews went ‘On The Fly’ with WR Christian Kirk talks about his favorite plays of the season, the explosiveness of the offense, his relationship with QB Kyler Murray and more.

Budda Baker’s NFC Defensive Player of the Month Highlights
Watch the highlights of Cardinals safety Budda Baker from the month of October.

Cardinals Underground – No Reason To Cool Off Now
Thank goodness the temperatures are finally dropping — just as the Cardinals are getting hot. Sure, the bye weekend looms, but Paul Calvisi, Darren Urban and Kyle Odegard have things they have to get off their chest, like what team might be left standing

Cardinals Cover 2 – The Growth Of Kyler Murray
Ep. 341 – Halfway into his second season in the league, Kyler Murray is trending in the direction everyone predicted, and that’s up. His numbers compare favorably with his peers but it’s his decision-making that’s been most impressive, according to Craig

Cardinals have 66.9% chance of making playoffs, but easy part of schedule is over – Arizona Cardinals Blog- ESPN
The ESPN Football Power Index is looking favorably at Arizona when it comes to the postseason, plus other numbers to consider heading into the bye.

NFL playoff risers in 2020 – Are the Packers, Cardinals and Buccaneers really this good?
Five NFL teams have improved their playoff chances by at least 29% since the season began. Here’s how they got here and what’s next.

The Consensus Week 8: Cardinals shoot up the rankings after SNF win
The Arizona Cardinals continue their ascent up national power rankings with their impressive Sunday Night Football win over the Seattle Seahawks.

Cardinals S Budda Baker’s 3 games enough for NFC monthly award
Budda Baker missed the first of four October games for the Arizona Cardinals, but the safety made enough of an impact in three wins to make up for it.