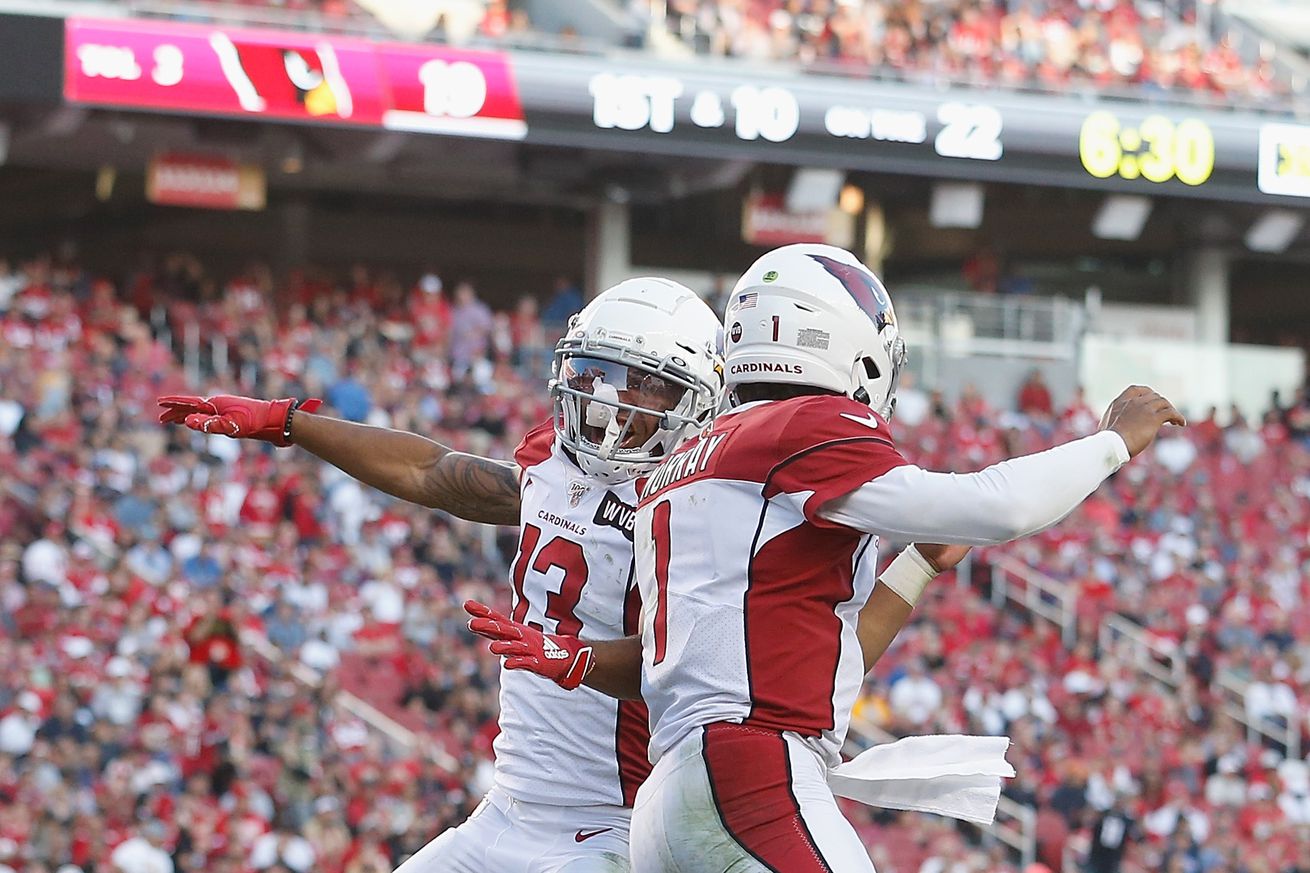 The NFL and Arizona Cardinals continue to look forward towards the start of the 2020 season and training camp.

That’s when teams will get back on the field finally.

To help you get ready we have a look around the web at your Arizona Cardinals.

Fitzgerald: ‘Now It’s About The Action’
WR Larry Fitzgerald talks about his impactful visit back to Minnesota, speaks on racial injustice in this country, and discusses the upcoming season.

Humphries: ‘Whatever We Do, It Will Be A Collective Thing’
OL D.J. Humphries talks to the media about offensive line improvements, COVID-19 and racial inequality.

Best Outfits From The 2019 Season
Images of players and coach Kliff Kingsbury before games and on road trips.

Cardinals Cover 2 – Larry Fitzgerald Likes Cardinals’ ‘Solid’ Roster
On a Fitz Friday, we hear from Cardinals wide receiver Larry Fitzgerald. Fitz is very high on the addition of DeAndre Hopkins and what Hopkins’ presence may mean for the team, both in the short-term and long-term. However, there was a more pressing matter

Cardinals Cover 2 – All About Details For Offensive Line
Count D.J. Humphries among those excited to have many of the same players from 2019 back in the offensive line room. It’s made for a more efficient and productive offseason. Craig Grialou and Mike Jurecki discuss the advantage this gives the Cardinals hea

Larry Fitzgerald focused on helping parlay protests over racial injustice into action
Cardinals Pro Bowl wide receiver Larry Fitzgerald, who grew up in Minneapolis and took part in protests there after the death of George Floyd, said Friday that the next step in combating racism and social injustice is action.

Bickley: Larry Fitzgerald takes plunge into stepping out of comfort zone
Larry Fitzgerald doesn’t make enemies or political statements. He doesn’t polarize the audience, but he spoke out Friday on the death of George Floyd.

Kyler Murray is starting shortstop in ESPN’s NFL-player MLB Draft
In the spirit of the MLB Draft, ESPN put togther a team of NFL players who were former baseball stars including Kyler Murray, Tom Brady and Patrick Mahomes.

TV money gives NFL leg up if fans can’t fill teams’ coffers
While NFL owners could lose money with no fans at stadiums, the league is well-positioned financially because of media contracts approaching $10 billion.

Cardinals’ Kyler Murray goes 17th in ESPN NFL re-draft
It appears that Arizona Cardinals quarterback Kyler Murray is a tad underrated when it comes to projecting the next couple years.

Cardinals OT D.J. Humphries on racism, C Mason Cole and coronavirus
D.J. Humphries signed an extension to remain with Arizona, got married and has navigated an offseason altered by coronavirus and impacted by protests.