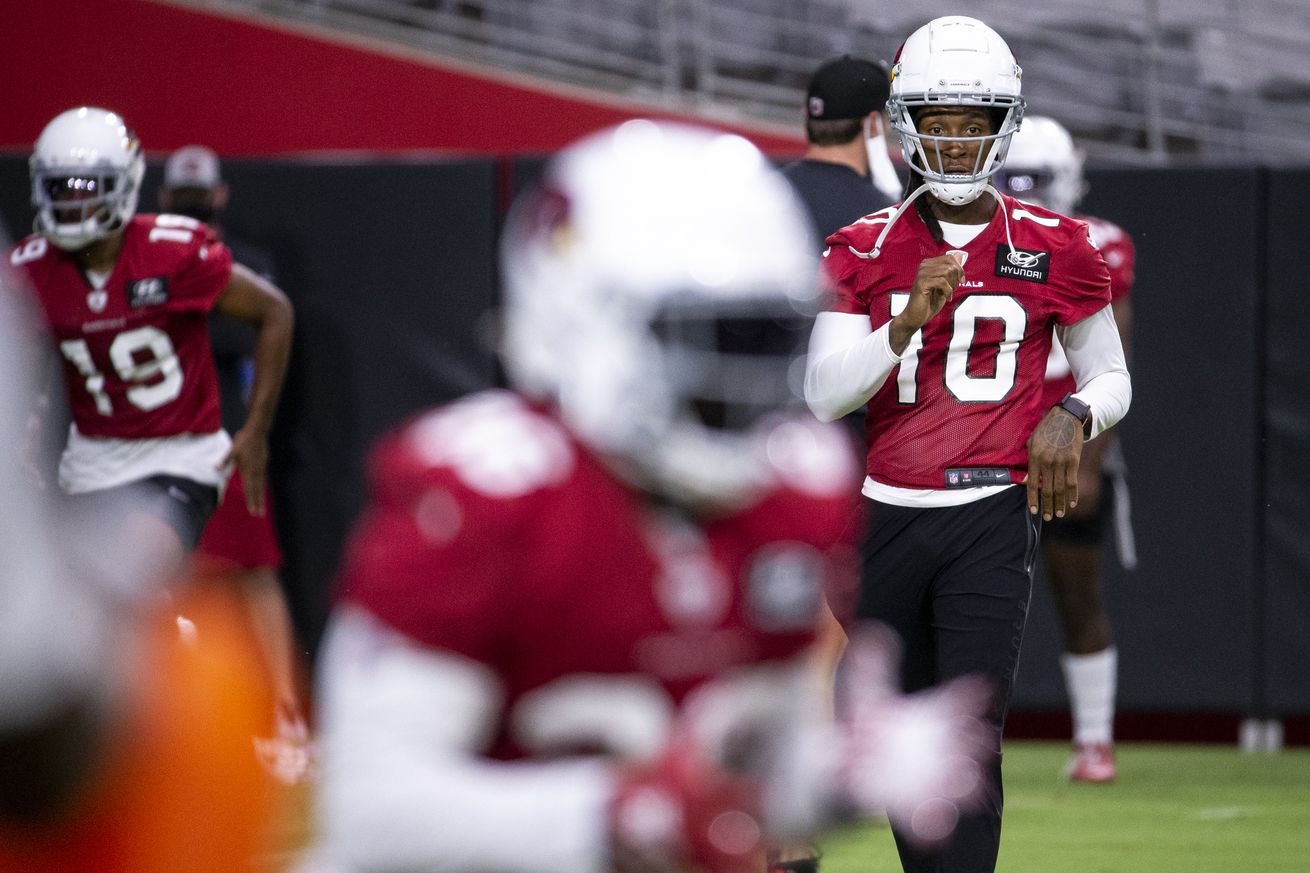 We are into the padded practice section of Arizona Cardinals 2020 training camp.

That means plenty of news, some we apparently even made up, from around the web on your Arizona Cardinals.

Weekend Work
Watch the Cardinals in action as they continue to put in work at training camp.

Drake: I Now Have A ‘Better Outlook’ On the Offense
RB Kenyan Drake talks about his season expectations, his role in the offense and his positive mindset.

Camp Credentials – Wide Receivers
Dave Pasch and Darren Urban break down the wide receiver position and discuss who can make an impact on the offense.

Strap Up The Pads
Check out highlights from the Cardinals first practice in pads at State Farm Stadium.

Humphries: ‘Locked In On Competing Every Time’
OL D.J. Humphries talks to the media about the fast-paced offense, QB Kyler Murray and playing in a familiar system.

How Cardinals QB Kyler Murray got bigger but stayed fast for Year 2
With no baseball or NFL draft to distract him, Murray trained in Texas with a focus on becoming more durable while maintaining his elite speed.

Cardinals CB Robert Alford out for season with torn pec, source says
Cardinals cornerback Robert Alford suffered a torn pec during a training camp practice Sunday that will sideline him for all of the 2020 season, a source told ESPN, confirming an NFL Network report.

Jason Wright hired by Washington as NFL’s 1st Black president
Former Arizona Cardinal Jason Write has been hired as president of the Washington Football Team, the first Black person to hold such position in the NFL.

Cardinals expect big things from 2nd-year safety Jalen Thompson
Jalen Thompson snuck up to become the 2019 starting safety for the Arizona Cardinals. And he’s not giving that role up heading into 2020.

DeAndre Hopkins tweets he is not holding out while missing Cards practice
DeAndre Hopkins made sure to clear up on his own that him missing the Arizona Cardinals’ last two practices is not because he’s holding out.