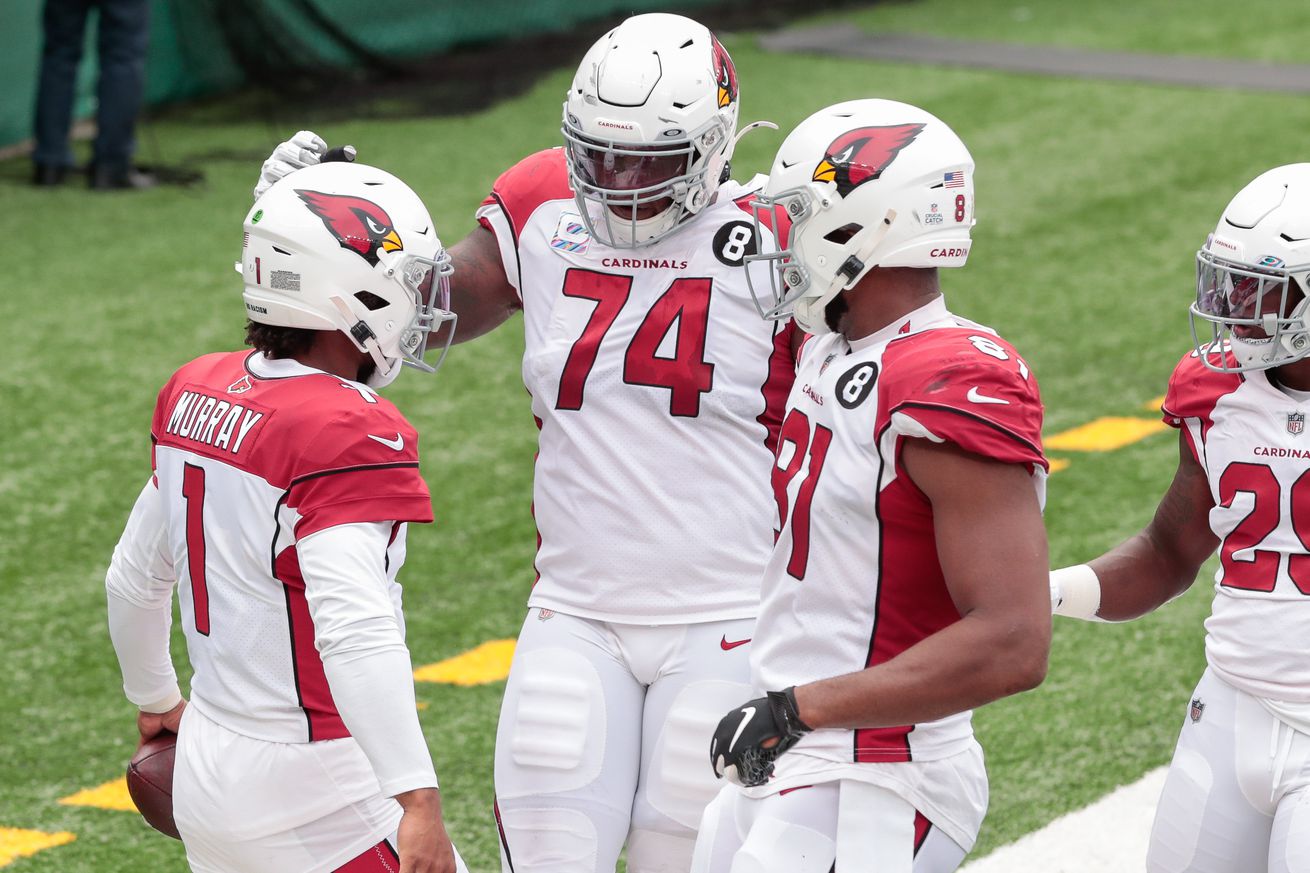 We are heading into Monday Night Football, an unusual territory for the Arizona Cardinals, but something we can be excited about.

To help us get ready let’s take a look around the internet at all the news to wrap up the win over the New York Jets.

Kingsbury: ‘We’re Going To Continue To Be Aggressive’
Head coach Kliff Kingsbury meets the media on Monday following the Cards’ road win over the Jets.

Morning Scramble – Rise And Shined Players, Week 5
We reveal the players of the game following the Cardinals’ victory on Sunday over the Jets.

Through The Lens: Cardinals-Jets
A chronological look at the Week 5 win over New York.

Cardinals Cover 2 – Offense Improved Against Jets, Can Be Better
Ep. 330 – Despite nearly 500 total yards and a season-high tying 30 points, it was just

Cardinals’ Chandler Jones on if he’s well after biceps injury: ‘Physically. No’
Chandler Jones was tweeting like his usual positive self on Monday morning after he left the social media site Sunday night by posting “On to Dallas!”

Bickley: Trends to note for the Cardinals 5 games into the 2020 season
Dan Bickley writes some of the trends Arizona Cardinals fans should be aware of five games into the season and a 3-2 start.

Arizona Cardinals are 2.5-point road favorites against Dallas Cowboys
The Cardinals are favored to win for the fifth week in a row this season.

AZ Cardinals to face Cowboys with Andy Dalton at quarterback in Week 6
Dak Prescott suffered a broken ankle on Sunday and will miss the rest of the season.