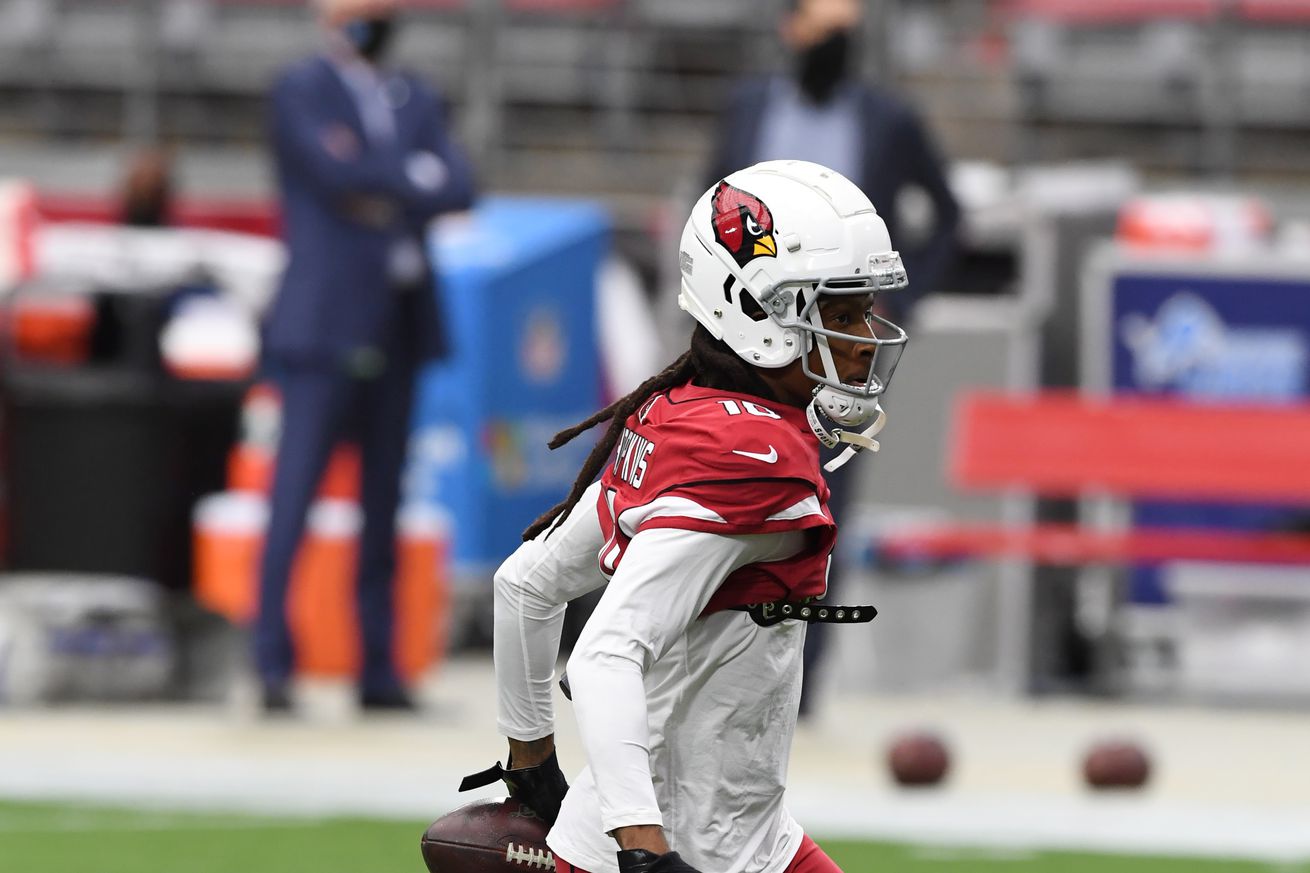 Budda Baker Active Against Lions, But Surgery Coming
How many games safety could miss — if any — is unknown

A Frustrating Afternoon, And Lions Aftermath

Kingsbury: ‘None Of Us Did Enough’
Head Coach Kliff Kingsbury discusses what went wrong in the loss to Detroit.

Murray: ‘We Just Have To Be Better’
QB Kyler Murray talks to the media about the loss to the Lions and what the Cardinals need to do to improve.

Cardinals’ Kyler Murray stutter steps past Lions’ defense for TD
Kyler Murray hesitated, then juked inside, outside and into the end zone for his eighth career rushing touchdown.

Lions vs. Cardinals – Game Recap – September 27, 2020 – ESPN
Get a recap of the Detroit Lions vs. Arizona Cardinals football game.

Rapid Reactions: Murray throws 3 INTs, Cardinals lose to Lions
Arizona Sports hosts, reporters and editors give their thoughts on the Arizona Cardinals’ first loss of the season to the Lions.

Kyler Murray’s picks, Cardinals’ late botched drives lead to Lions win
Kliff Kingsbury took blame for calling the plays and Kyler Murray accepted the fact that he didn’t make them in the Cardinals’ loss to the Lions.

Andy Isabella gets his opportunity, scores 2 TDs for Cardinals vs. Lions
Arizona Cardinals second-year wideout Andy Isabella has not had the most traditional route to production that we typically see out of a second-round pick.

Bickley: Cardinals get reality check to NFC West hopes with loss to Lions
Dan Bickley writes that the Arizona Cardinals proved they are not ready to contend for the NFC West title with the way they lost to the Detroit Lions.

Corey Peters: Cardinals defense can’t close in ‘inconsistent’ loss to Lions
Neither the Arizona Cardinals offense nor their defense have put together a start-to-finish clean football game through three weeks.