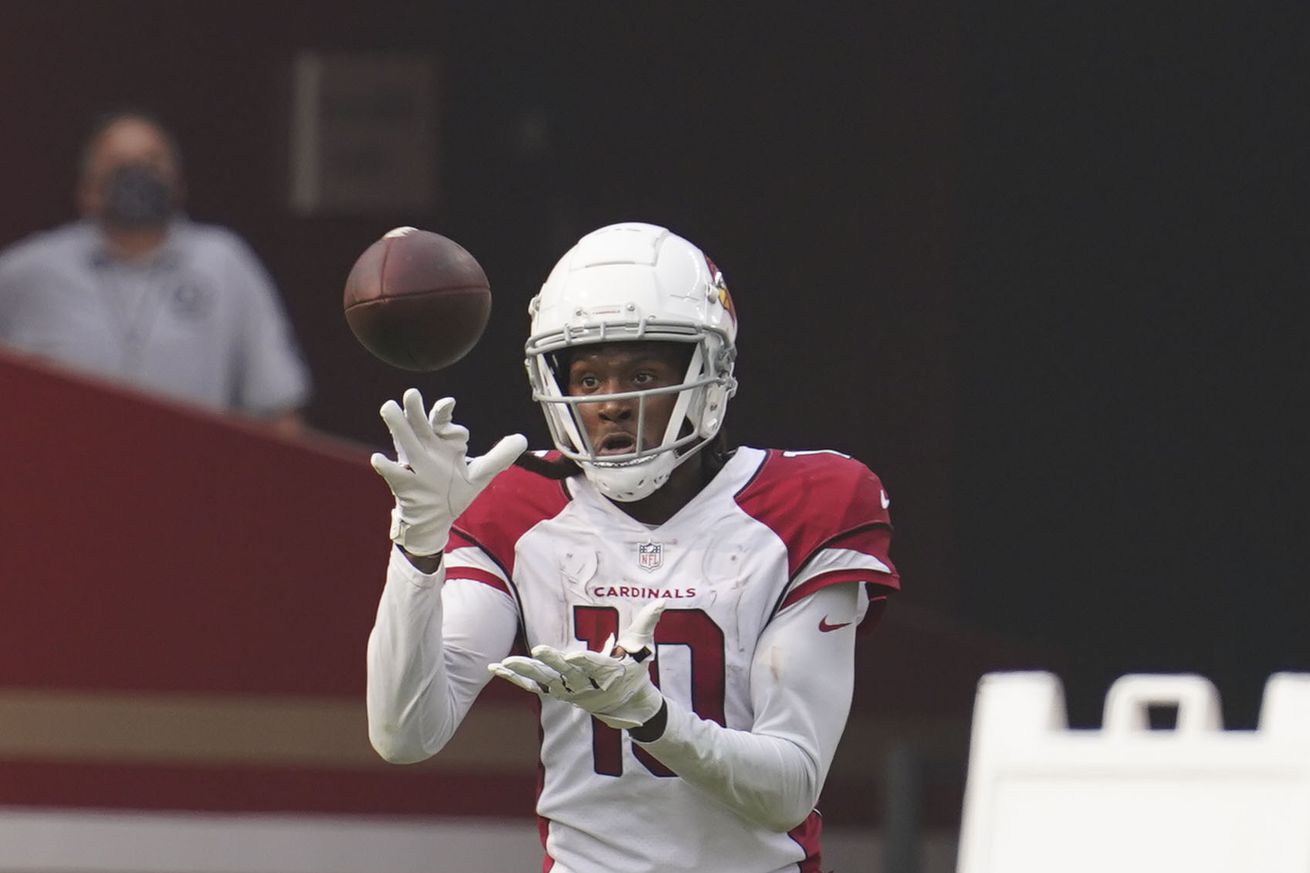 Happy Victory Monday one and all.

That is a good start.

Let’s take a look at all the news from around the web on your Arizona Cardinals coming out of the 24-20 victory over the San Francisco 49ers.

Cardinals Open Season With Big Win Against 49ers
Murray, Hopkins star in 24-20 victory as defense comes up with late stop

Full Highlights: Cardinals at 49ers
Watch the highlights from the Cardinals’ 24-20 road win against the defending NFC champs in Week 1 of the 2020 NFL regular season.

Kingsbury: ‘Poured Their Hearts Out’
Head Coach Kliff Kingsbury talks to the media following their victory against San Francisco and how the impact of DeAndre Hopkins changes the offense.

‘It’s One Day At A Time’
Head Coach Kingsbury addresses the team following their victory at San Francisco.

Murray: ‘A Different Dynamic To The Team’
QB Kyler Murray talks to the media about how the team has matured and how he is developing a chemistry with WR DeAndre Hopkins.

Hopkins: ‘It’s Hard To Stop This Team’
WR DeAndre Hopkins talks to the media following his debut with the Cardinals and how the tempo of the offense makes the team a difficult match up.

Bickley: Cardinals’ late-game magic gives Valley something to cheer for
Pandemic and wildfires be damned. The Cardinals have turned a corner. They are a winning team for the first time since the 2015 season.

WATCH: Chase Edmonds dives for pylon to get Cardinals’ 1st TD of 2020
He picks up the Cardinals’ first points of the season.