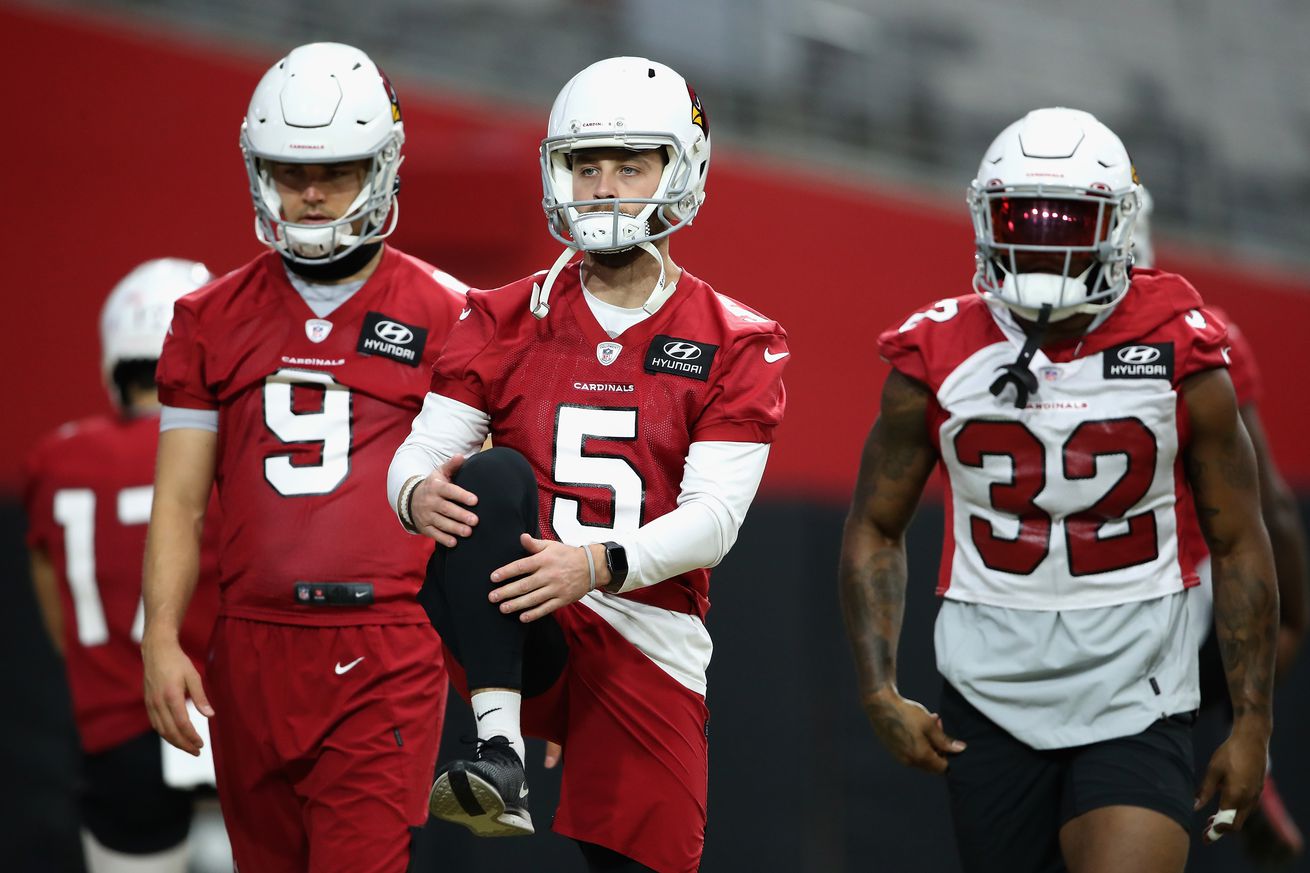 Happy Friday one and all… We have made it.

The Arizona Cardinals will host the Washington Football Team in an empty stadium on Sunday, but there is plenty to know about the game.

Let’s get started with a look around the web at your Arizona Cardinals.

Fitzgerald: ‘We Have To Adjust’ With No Fans
WR Larry Fitzgerald meets the media on Thursday to discuss Sunday’s upcoming home opener against Washington.

Peterson: ‘We Want To Make It As Tough As Possible’ For Haskins
CB Patrick Peterson talks about the challenges ahead on Sunday facing Washington’s offense.

Joseph: ‘We’re Not There Yet’
DC Vance Joseph updates the status of the defense heading into the game against Washington.

Team To Team – Facing Washington
Craig Grialou talks with Washington Football Team’s, Sr. VP of Media and Content, Julie Donaldson about what the Cardinals’ should expect when they face off on Sunday.

2020 NFL Week 1 stats and nuggets you might have missed – Barnwell on the Patriots, Vikings, Cowboys and more
Julian Edelman’s snaps were down. Mark Andrews‘ were up. The Falcons were horrid on fourth down. Kicking was just horrid overall.

NFL standings: Cardinals atop NFC West after Week 1
The Cardinals are in first place in the division because of their division win.

Chris Streveler set to be gameday backup QB for now for Cardinals
Kliff Kingsbury has liked what he has seen from the former CFL QB. Streveler also gives the Cardinals some special teams flexibility.

RB Chase Edmonds to have ‘major role’ for Cardinals on offense, more
Kliff Kingsbury continues to be impressed by Edmonds‘ ability to make plays.

Arizona Cardinals S Jalen Thompson placed on IR; out at least 3 weeks
The Cardinals add Curtis Riley to the active roster, signing him off the Steelers practice squad.

Arizona Cardinals must keep offense on schedule vs. Football Team
Washington forced the Eagles into a number of 3rd-and-a-mile situations.