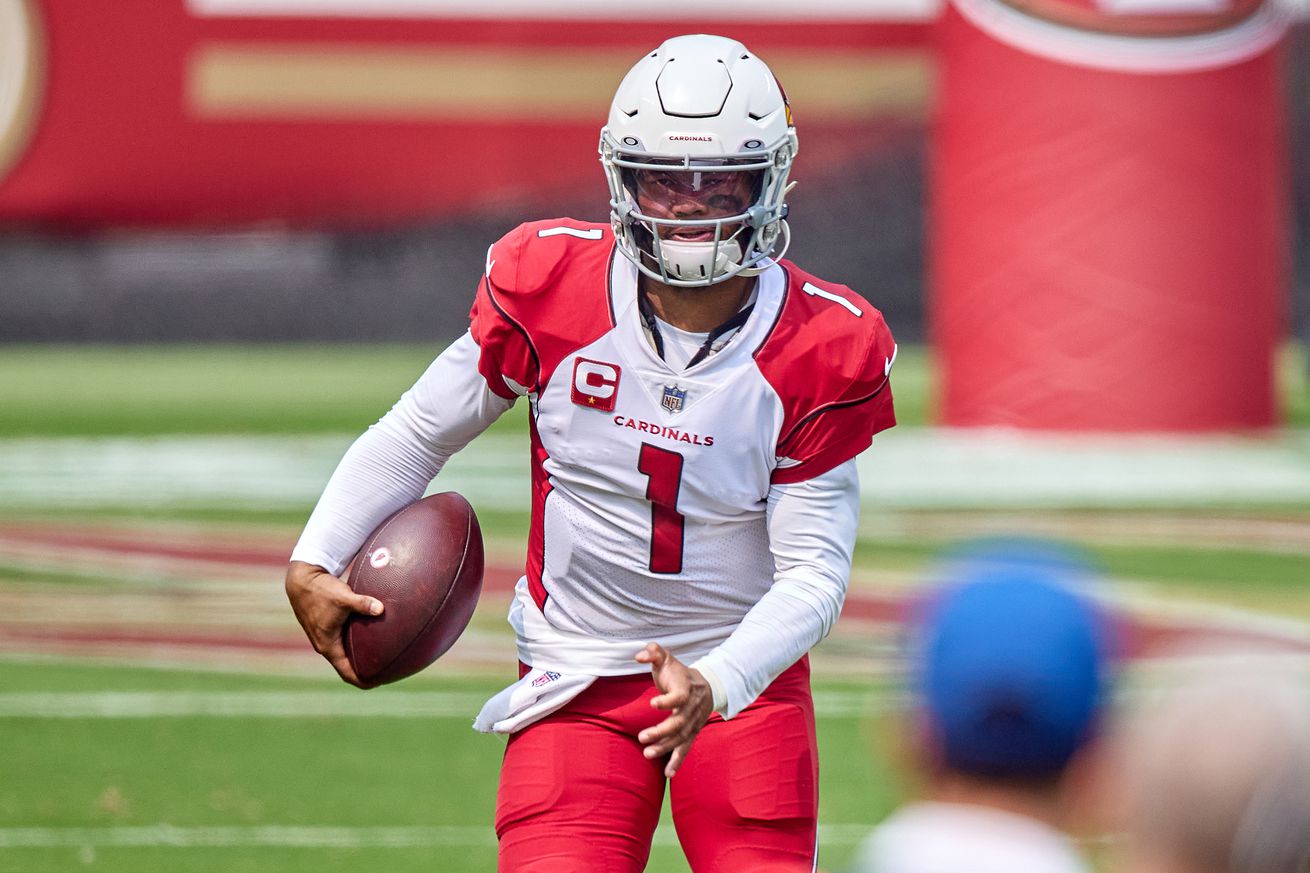 Happy Thursday one and all, we are almost to the weekend.

Kyler Murray Is An NFL Hit But He Doesn’t Take Them
Through practice and instinct, quarterback finds ways to stay untouched

Justin Pugh: ‘There Is An Issue In Our Country We Are Not Addressing’
Offensive lineman emphasizes need to support Black teammates

Hopkins: ‘I Think I Can Have An Amazing Season’
WR DeAnde Hopkins discusses his high hopes for this offense following an explosive debut.

Game Recap: Sounds From The Stadium
Get an unfiltered look into Sunday’s win over the 49ers.

Kingsbury: ‘We Definitely Know We Have A Tough Opponent’
Head Coach Kliff Kingsbury talks to the media about the challenges the Washington Football Team will bring to their game.

Murray: ‘There’s No Hangover’
QB Kyler Murray meets the media on Wednesday and discusses getting ready for Washington after a big Week One win against the 49ers.

Red Sea Report – Cardinals Find Success In Season Opener
After months of speculation about what might take place, we can finally react to what actually happened in the Cardinals’ road win over the 49ers. Craig Grialou, Mike Jurecki and Bertrand Berry discuss Kyler Murray’s running ability, the hands of DeAndre

Cardinals Cover 2 – Haason Reddick Ready For More
Ep. 311 – One of the many unsung stars from Sunday’s win at San Francisco was Haason Reddick, the former first round draft pick who is once again playing outside linebacker. It’s a position switch that suits Reddick, at least through the first game. Craig

Cardinals Underground – D-Hop And Kyler And A Victory, Oh My!
The Cardinals are 1-0 and have plenty of things to be encouraged by, including their new pitch-and-catch combo of Kyler Murray and DeAndre Hopkins. Paul Calvisi, Darren Urban and Kyle Odegard discuss that and Murray’s wheels, Fitz’s three-point play, a de

Cardinals Cover 2 – Running Back Touches
Ep. 312 – Is Chase Edmonds in line for more playing time this week? Perhaps. Based on his play against the 49ers Edmonds

DeAndre Hopkins has championship aspirations with Kyler Murray as his QB – Arizona Cardinals Blog- ESPN
Hopkins dominated the 49ers with 14 catches, including eight first downs, while accounting for 151 yards or 66% of the Cardinals’ receiving yards.