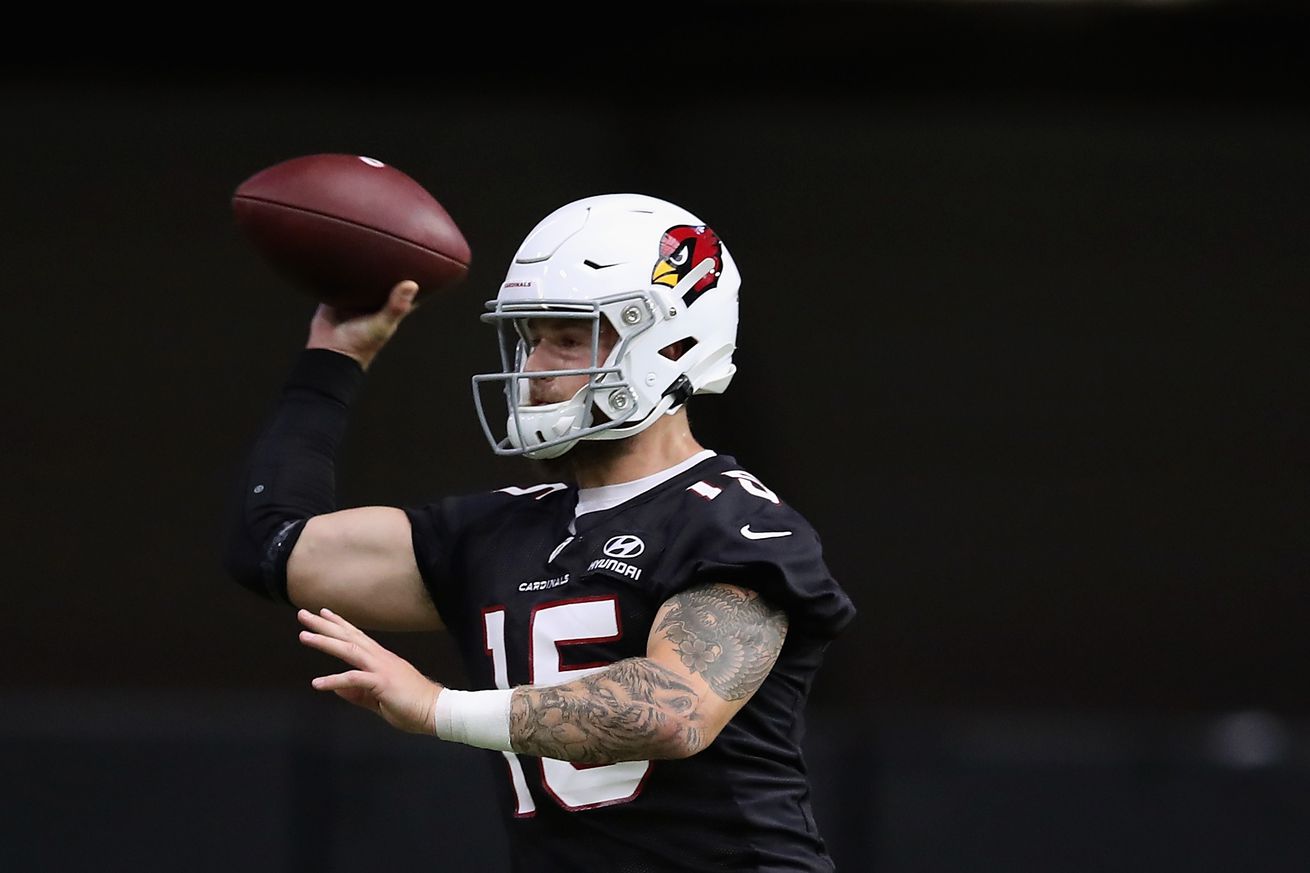 We are heading into the meat of the training camp schedule, but are limited to what we will know day-to-day.

That is why Bird Droppings will be key each and everyday.

So, let’s get the day started with a look around at everything happening at Arizona Cardinals Camp 2020.

You’ve Got Mail: The Pads Are On, The Work Ratchets Up
Topics include backup running back, right tackle and Isaiah Simmons

Rodgers: ‘Won’t Be Much Live Action’
Assistant Head Coach/ Special Teams Coordinator Jeff Rodgers talks to the media about the challenges in evaluating players for this upcoming season.

Quick Slant – Alford Down, Cornerbacks Up
With cornerback Robert Alford out with a pectoral muscle tear, Felipe Corral Jr. and Darren Urban consider what’s next for the Cardinals’ secondary.

Another Day Of Work
Watch highlights of the Cardinals as they continue to practice at training camp.

Cardinals Cover 2 – Time To Put The Pads On
Ep. 298 – The slow build of training camp took its next important step on Monday with the first padded practice. Media availability was limited yet it was still good to hear the popping of pads

Red Sea Report – Next Man Up For Cardinals Corners
The Cardinals took a hit at cornerback after Robert Alford suffered what is likely a season-ending pectoral injury. Depth will be tested and players will be asked to step up. The spotlight is once again thrust upon Byron Murphy.

Cardinals Underground – In This Corner…
The Cardinals are again trying to figure out their cornerback situation after the loss of Robert Alford, so Darren Urban, Kyle Odegard and Paul Calvisi jump into that conversation, as well as discussion about DeAndre Hopkins‘ hamstring, the wide receiver

Cardinals ‘heartbroken’ for CB Robert Alford; Byron Murphy among options
The Arizona Cardinals have yet to put injured CB Robert Alford on the injured reserve, but his torn pectoral muscle certainly means they need a replacement.

Cardinals to work out cornerback B.W. Webb following Alford injury
The Arizona Cardinals are already addressing solutions to replace the injured Robert Alford, as they’re bringing in a cornerback for a visit.

Arizona Cardinals lose CB Robert Alford for season with torn pectoral
He will have missed two straight seasons because of injuries suffered in training camp.

CB B.W. Webb gets tryout with Arizona Cardinals
The 30-year-old veteran has played for eight teams since 2013 and has been fairly effective in the slot.

Why the Arizona Cardinals should trade for Desmond King
With Robert Alford going down with a season-ending injury, the Cardinals could target a quality player in the trade market.