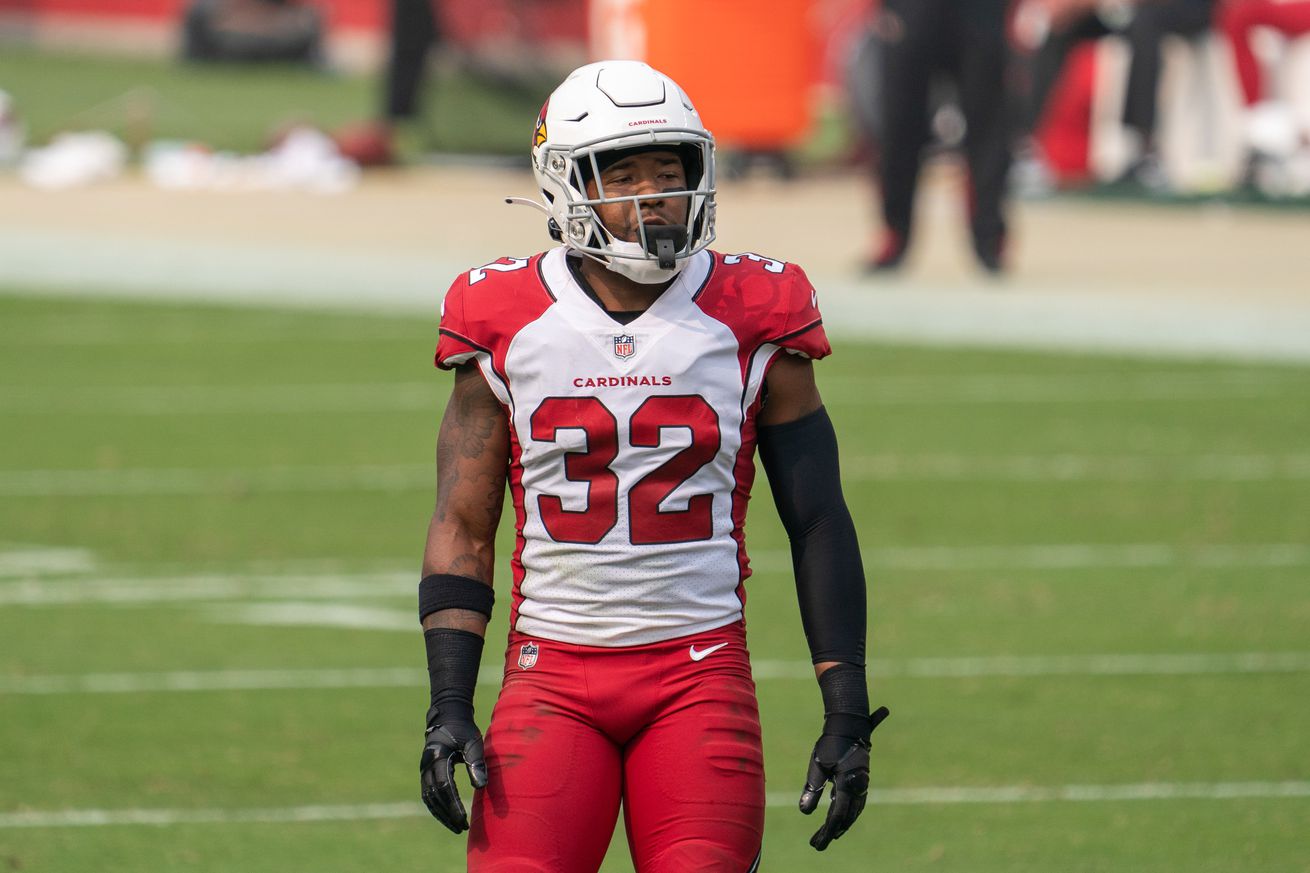 The Pro Bowl safety returns a week after having surgery on injured thumb.

According to multiple reports, Arizona Cardinal Pro Bowl safety Budda Baker is set to rejoin the team following last week’s absence due to surgery on his injured thumb.

Kingsbury went on to say that Baker will be forced to wear some sort of “apparatus” on his hand in order to protect it from further injury.

Baker was greatly missed in Arizona’s 31-21 loss to the Carolina Panthers. Safeties Deionte Thompson and Curtis Riley greatly struggled in both coverage and against the run, as Arizona’s defense was dominated in total yards, time of possession and total plays. Riley was released by the team on Tuesday before resigning to the practice squad on Wednesday.

Jalen Thompson remains on the injured reserve but is eligible to return at any time once he is cleared. Newly signed veteran safety TJ Ward could also see time as early as this weekend, although the former Pro Bowl player has not seen NFL action since 2017. Chris Banjo likely remains out for Arizona due to an ailing hamstring.

As for the this Sunday’s opponent, the winless New York Jets aren’t as lucky on the injury front as they’ll be without starting quarterback Sam Darnold. Darnold, who tweaked his shoulder last week against the Denver Broncos, will be replaced by veteran Joe Flacco. Flacco starts for the first time in 2020 after going 2-6 with the Broncos a season ago.

There is a possibility that RB Le’Veon Bell returns following a short stint on IR.

RB Le’Veon Bell will practice today. It sounds like the plan is to activate him off IR in time for Sunday’s game.

The Jets are one of the few winless teams remaining in football and have the 32nd ranked offense in the NFL.

Arizona is trying to avoid a three game losing streak after starting 2-0.