The Arizona Cardinals have the league’s No. 1 offense and a quarterback in Kyler Murray who is getting some MVP talk. After an improbable win over the Buffalo Bills in Week 10, they are nearly in the top 10 of the latest Touchdown Wire power rankings.

For the second straight week, it looked like two things were going to happen to the Arizona Cardinals. First, they would be involved in everyone’s “game of the week.”

Second, they would again be on the losing end.

Last week they suffered a late loss at the hands of Tua Tagovailoa and the Miami Dolphins. This Sunday it seemed like another AFC East team was going to make a trip to the desert and knock off the Cardinals, this time the Buffalo Bills. When Josh Allen hit Stefon Diggs with a touchdown strike along the left side of the end zone with under a minute remaining, it seemed like the Cardinals were doomed to lose.

But then Kyler Murray got Arizona within striking range of the end zone, setting the stage for this:

This is an incredible play from DeAndre Hopkins, who somehow manages to outleap three different Bills defenders and get his hands on the football, securing the game-winning touchdown in the closing seconds.

The win improved Arizona to 6-3 on the season, and thanks to the Los Angeles Rams’ victory over the Seattle Seahawks, all three teams check in with that identical 6-3 record on the year. As the scheduling gods would have it, the Cardinals travel to Seattle for Thursday Night Football this week, so we’ll have a good idea of how that division looks before the weekend hits. But those three teams seem to be moving in different trajectories, and for the Cardinals and the Rams, they’re trending in the right direction.

Three of the Cardinals’ seven remaining games are against Seattle and Los Angeles. Can Murray and Kliff Kingsbury lead the Cardinals to a division title and the postseason? It looks like it could be a real possibility.

They already have more wins than 2019.

Seattle fell to No. 13 and the Rams moved up to No. 8 in these rankings. 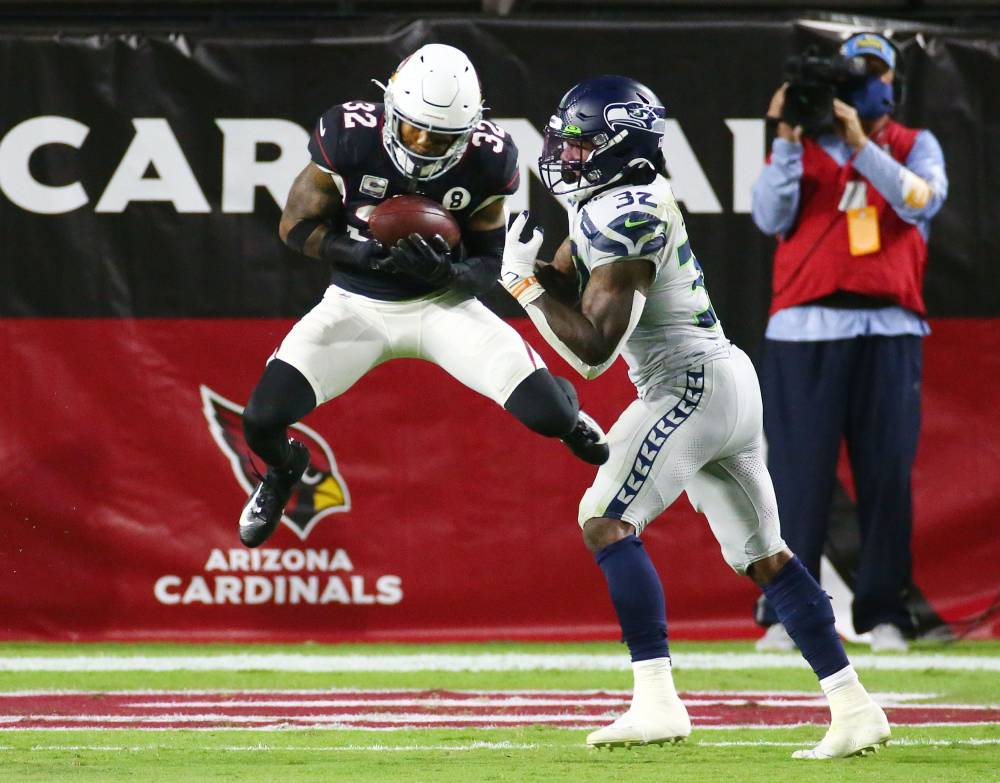