The Arizona Cardinals already have made a change on the practice squad. The move went unannounced by the team but showed up on the NFL transactions list Monday.

After the team initially had all seven of its 2021 draft picks either on the roster or on the practice squad, they have moved on, at least for now, from their final draft pick, offensive lineman Michal Menet.

He was cut from the practice squad and was replaced by offensive lineman Eric Smith.

Smith has bounced around the league. He entered the league as an undrafted rookie out of Virginia in 2017 and spent time with Miami Dolphins, New England Patriots, New York Giants, New York Jets and Dallas Cowboys.

He appeared in two games in 2019 for the Giants, laing 56 offensive snaps. He appeared in one game for the Cowboys last season and played five special team snaps.

The Cardinals saw him during the preseason when they faced the Cowboys.

Menet struggled in the preseason and was a longshot to make the team because of centers Rodney Hudson and Max Garcia already ahead of him.

He was among the initial final cuts and later signed to the practice squad. We will see if he comes back at some point or if he lands elsewhere. 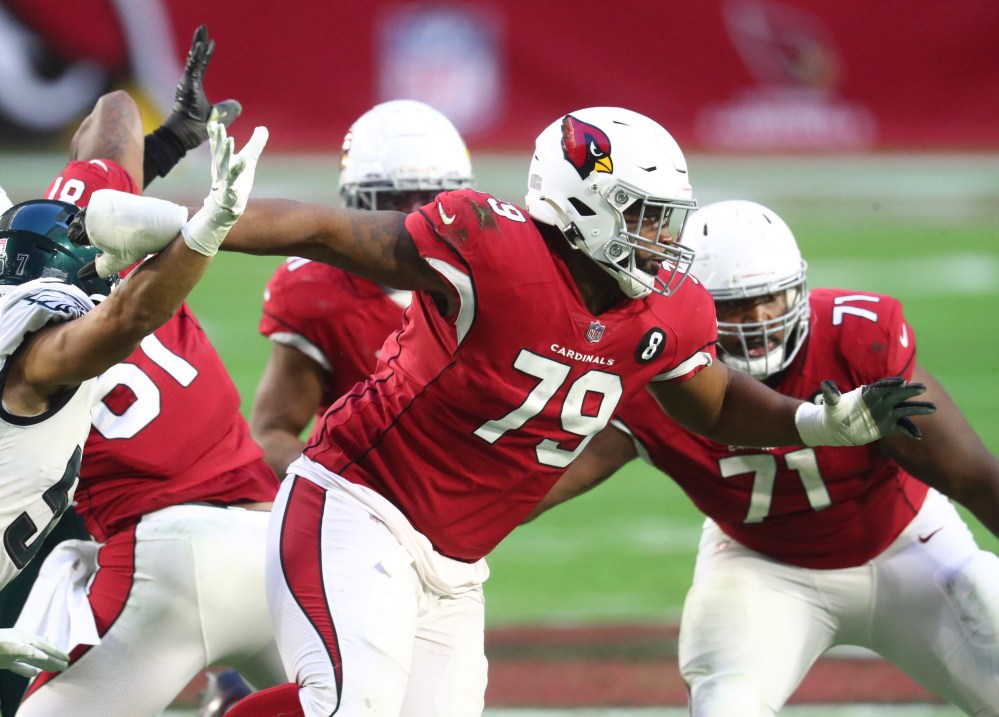