The NFL draft is complete and now it is time to react to what teams did with their seven rounds of selections. How did the Arizona Cardinals do?

Touchdown Wire’s Doug Farrar and Mark Schofield weren’t in love with the Cardinals’ draft in their grades for all 32 teams, but didn’t give them a bad grade.

They gave the Cardinals a “B”.

For the second straight season, the Cardinals selected a positionless linebacker in the first round. Isaiah Simmons went off the board with the eighth-overall pick in 2020, and it took the team a while to figure out to use him. This time around, it was Tulsa’s Zaven Collins with the 16th pick, and Collins’ potential role is a bit more defined. At 6-foot-5 and 259 pounds (he weighed in at 270 in late April), Collins is now the size of an edge defender, with the speed and agility to do everything from blowing up run fits to manning the slot to rushing the passer. He had four picks for 152 yards and two return touchdowns in 2020. Now, the Cardinals have to define him as they’re still defining Simmons.

Purdue receiver Rondale Moore will absolutely help an offense that ranked 19th last season with 1,909 yards after the catch. Moore isn’t the biggest guy, but he reminds some people of Steve Smith with his electric ability to create after the catch and his alpha-dog mentality. Also, and importantly for a team in desperate need of more and better cornerbacks, there were two selected with nice potential — Florida’s Marco Wilson in the fourth round, and UCF’s Tay Gowan in the sixth round. Gowan could be quite the steal. There’s still need for offensive line help, but the Cardinals covered a lot of important bases here.

Their grade is what I would give the Cardinals’ draft. Their two cornerback selections are exciting but the rest are solid.

Gowan thinks he will be the steal of the draft, saying he thinks he will be “the Tom Brady of corners,” of course referring to his sixth-round status. The team, having traded up 24 spots in the draft to select Wilson, believes he is their steal.

The Cardinals expect their top two pick to play early and often. If they do, this has the potential to be a solid class for them. 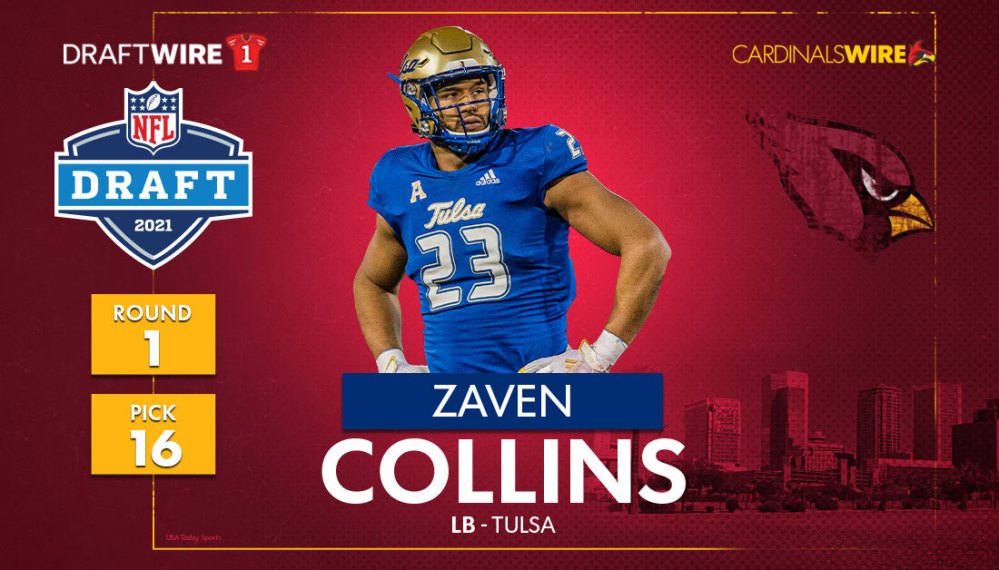