The Arizona Cardinals will take on the Los Angeles Rams this weekend, pitting two unbeaten teams against one another with two legitimate MVP candidates in the early going of the year. It is well known that the Cardinals have struggled against the Rams, but the struggles don’t end there.

The Cardinals have a significant losing streak against the Rams and a long streak without beating the Rams’ new starting quarterback, Matthew Stafford.

The Cardinals’ struggles against the Rams are well documented. They have not beaten the Rams in their last eight matchups, which spans the entire career of Rams head coach Sean McVay.

The Rams have not only beaten the Cardinals in eight straight games, but they also have almost all been blowouts.

The last time the Cardinals beat the Rams, it was 2016.

It wasn’t always that way. When he was with the Detroit Lions, Stafford went 0-5 in his first five starts against the Cardinals between 2009-2015.

Stafford is playing as well as he ever has in his career, now in his first year with the Rams. He has led them to a 3-0 start, passing for 942 yards, nine touchdowns and only one interception.

If the Cardinals can somehow pick up a win this weekend, it will get two monkeys off their back and vault them into national prominence.

The Rams are favored to win this weekend.

LOOK: The NFC and AFC players of the week after Week 3 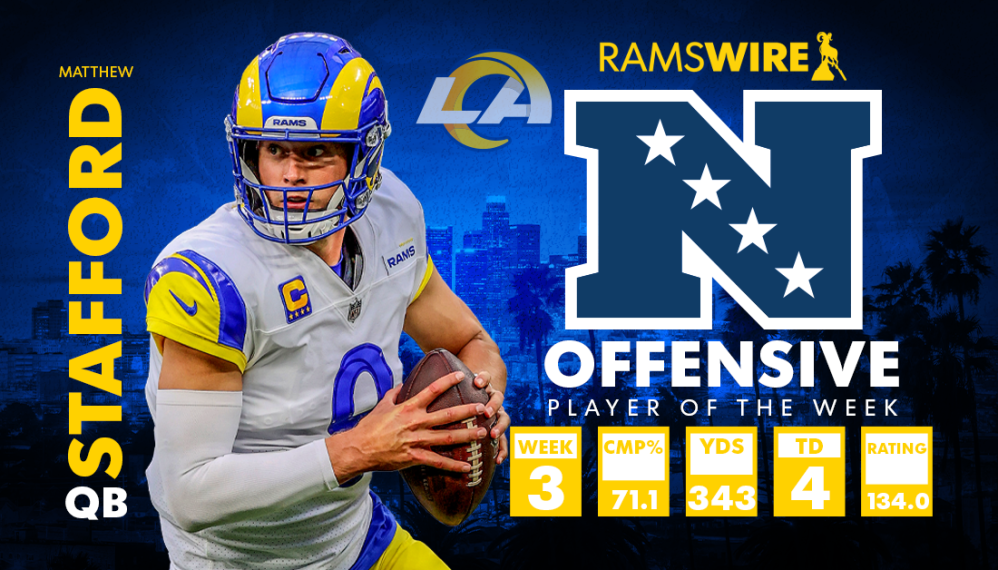