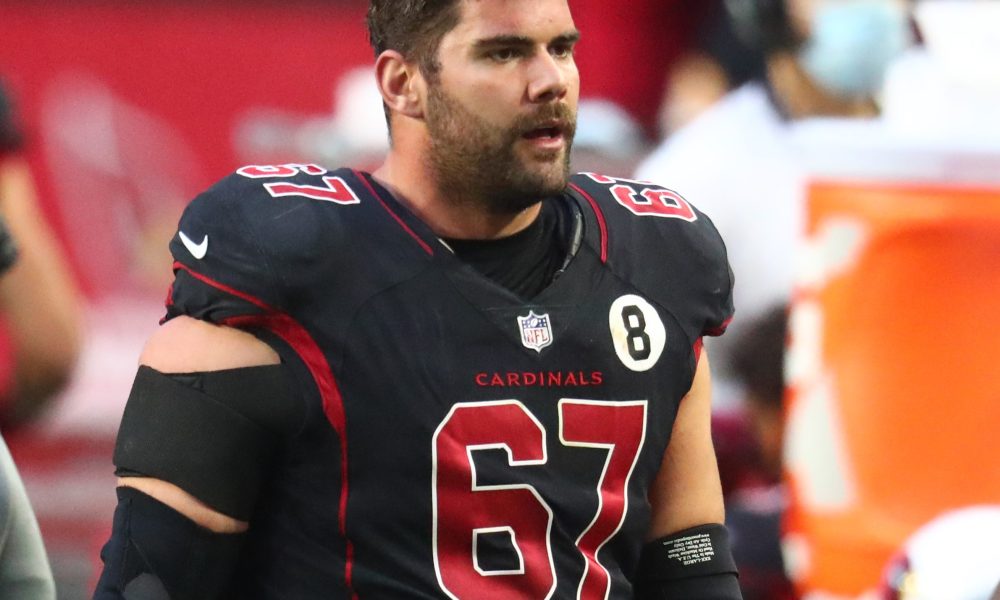 Arizona Cardinals general manager Steve Keim told reporters on Monday he sees Justin Pugh as the team’s starting left guard in 2021. He was scheduled to have a cap hit of more than $11 million and some believed he could either be traded or released in a move to save cap space.

He has apparently redone his contract.

According to Over the Cap and also reflected on the NFLPA database, Pugh agreed to a pay cut and a delay in his roster bonus.

Instead of a salary of $7.75 million in 2021, he will make a fully guaranteed $4 million. He can still earn up to $1 million more in per-game roster bonuses, based on the number of games he is active.

His cap hit for the season will now be as much as $7 million — his $4 million salary, his $2 million signing bonus proration charge, and then the potential of $1 million more for his per-game roster bonus.

That is a reduction of $4.25 million against the cap.

Pugh himself acknowledged the move and indicated his intention of finishing his career with the Cardinals.

To clarify I restructured my contract and took a pay cut to stay with the @AZCardinals. I love Arizona and want to finish my career here. Now let’s go win a ring.

This gives the Cardinals a little more cap space, which is necessary. They still have done nothing at cornerback, tight end, or running back since the start of free agency.