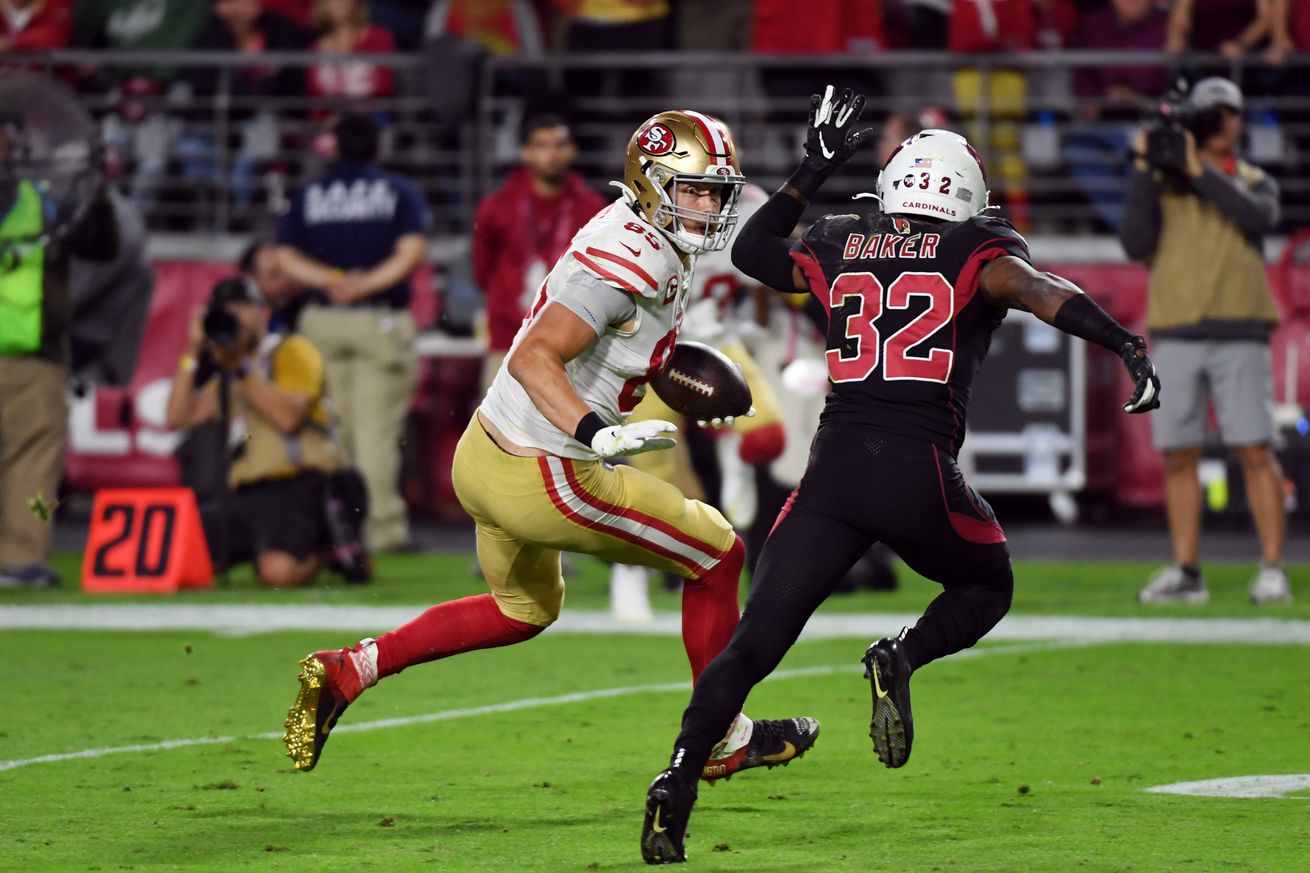 This Sunday, the Arizona Cardinals will kickoff their regular season schedule with a Week 1 road matchup against the NFC Champion San Francisco 49ers.

For most of the offseason, the Kliff Kingsbury and the Cardinals offense has been a huge topic of conversation. With 2019 Offensive Rookie of the Year Kyler Murray, addition of All-Pro wide receiver DeAndre Hopkins, and the return of reliable players like Kenyan Drake and future Hall of Famer Larry Fitzgerald, the sky is the limit for the potential of this offensive unit.

Although the offense should do well, now the attention will have to shift towards the Cardinals defense which allowed the most yards in the NFL last season.

With the way things are trending on the injury report, there is a strong chance the 49ers will be without wide receiver Deebo Samuel and first-round pick Brandon Aiyuk to start the season.

That means the expectations for cornerbacks Patrick Peterson, Dre Kirkpatrick, and Byron Murphy are higher than ever to limit the effectiveness of the respective receivers they will cover with two starting receiver possibly out of the lineup on Sunday.

If this is truly the case, the 49ers will put a stronger emphasis at exploiting the Cardinals biggest weakness of last season which was covering tight ends.

The Cardinals allowed 1,173 receiving yards, 8.9 yards per target, and 16 touchdowns to opposing tight ends last season, all of which led the NFL.

In the last two contests against the 49ers, George Kittle (1 game) and Ross Dwelley combined for 14 receptions, 122 receiving yards, and three touchdowns.

San Francisco made a major addition to their tight end room with the signing of former Pro Bowler Jordan Reed, who missed all of 2019 and has battled with concussions throughout his career. If he can stay healthy, he will be another threat the Cardinals will need to worry about.

Nuances in learning a new playbook and the lack of depth at the inside linebacker position last season played a big role in their struggles to cover tight ends. After Jordan Hicks, there was not much talent behind him.

Haason Reddick struggled with communication and execution of assignments but has now been moved to outside linebacker. Joe Walker was an improvement over Reddick but has been a special teams contributor throughout his career and is now on the 49ers practice squad.

The Cardinals significantly upgraded the position in the offseason with the addition of former Falcons linebacker De’Vondre Campbell (6-3 232lbs) and first-round pick Isaiah Simmons (6-4 238lbs), who ran a 4.39 40 at the NFL Combine and was the 2019 Butkus Award winner for the top college linebacker in the nation. This group is bigger, faster, and more talented than ever.

Most of the Cardinals players on the defensive unit are entering their second year in Vance Joseph’s defense, meaning most should have a greater understanding of the defense and be able to play fast. Players like Hicks, Budda Baker, Chandler Jones, and Jalen Thompson should be even better.

Free agent acquisitions in cornerback Dre Kirkpatrick and defensive tackle Jordan Phillips were both coached by Vance Joseph when he was their position coach for the Bengals and Dolphins, which means a lesser learning curve for them.

The Cardinals are well equipped with significantly better talent compared to last season. At the same time, the 49ers are still one of the best teams in the NFL.

If the Cardinals can do a better job at covering tight ends especially against the likes of George Kittle this Sunday, they will be set for greater success this season.