The Arizona Cardinals made a number of roster moves Thursday afternoon to prepare for their game Thursday night against the Seattle Seahawks. They now have another two defensive linemen currently on injured reserve.

Corey Peters, who suffered a season-ending knee injury on Sunday, was placed on IR along with Jordan Phillips.

Phillips has been dealing with a hamstring injury. He injured it against the Seattle Seahawks, played minimally against the Miami Dolphins and missed the game last weekend. He was ruled out of the game tonight. He will now be out at least three weeks.

To replace both on the 53-man roster, they signed tight end Evan Baylis and outside linebacker Reggie Walker from the practice squad. The addition of Baylis makes it seen that Darrell Daniels will be out tonight. He was questionable with an ankle injury. Walker is an interesting addition because they seem to be fine at outside linebacker, unless he will take Daniels’ spot on special teams.

The team also elevated running back D.J. Foster and defensive lineman Michael Dogbe to the roster from the practice squad. Dogbe gives them four healthy defensive linemen and Foster is a core special teams player.

How does the Cardinals’ offense stack up against the Seahawks’ defense? 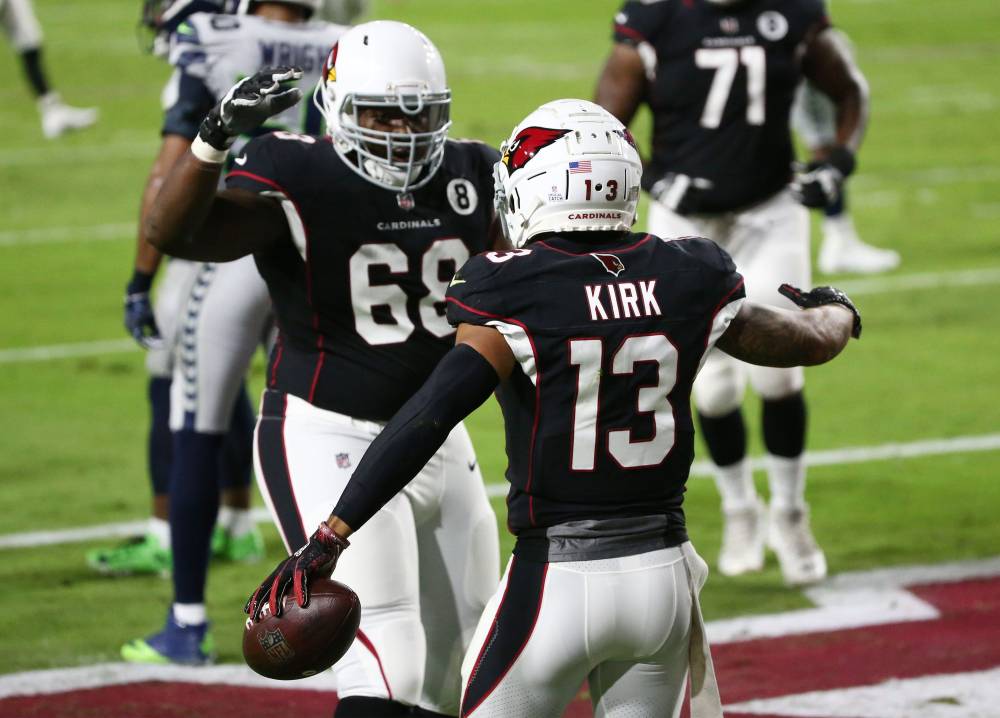