The Arizona Cardinals have protected a trio of players on the practice squad, making it so other teams cannot sign them. One name is a name Cardinals fans will recognize.

According to Wednesday’s NFL transaction report, the Cardinals protected three players. They can choose to protect up to four players on the practice squad from being signed by another team to their active roster.

The first round of protections are a pair of cornerbacks and a linebacker.

The Cardinals can elevate two players to the 53-man roster at the end of the week to be eligible to play on Sunday. Fitts might get that designation this week.

The Cardinals have five outside linebackers on the active roster but Dennis Gardeck is coming off a torn ACL. He fully practiced on Wednesday, but head coach Kliff Kingsbury has said they would take things slow and cautiously with him.

Protecting Fitts suggests Gardeck could be made inactive this week, allowing Fitts to play on special teams in his place.

Douglas and Hamilton were recently signed to the practice squad. They are new to the defensive system. The Cardinals will use Byron Murphy, Robert Alford and rookie Marco Wilson as their three starting cornerbacks, but protecting Douglas and Hamilton mean they want to give them time to learn the system in case Wilson doesn’t work out in the regular season and is too overwhelmed covering NFL receivers as a rookie.

Don’t expect either to be elevated this week for the game. 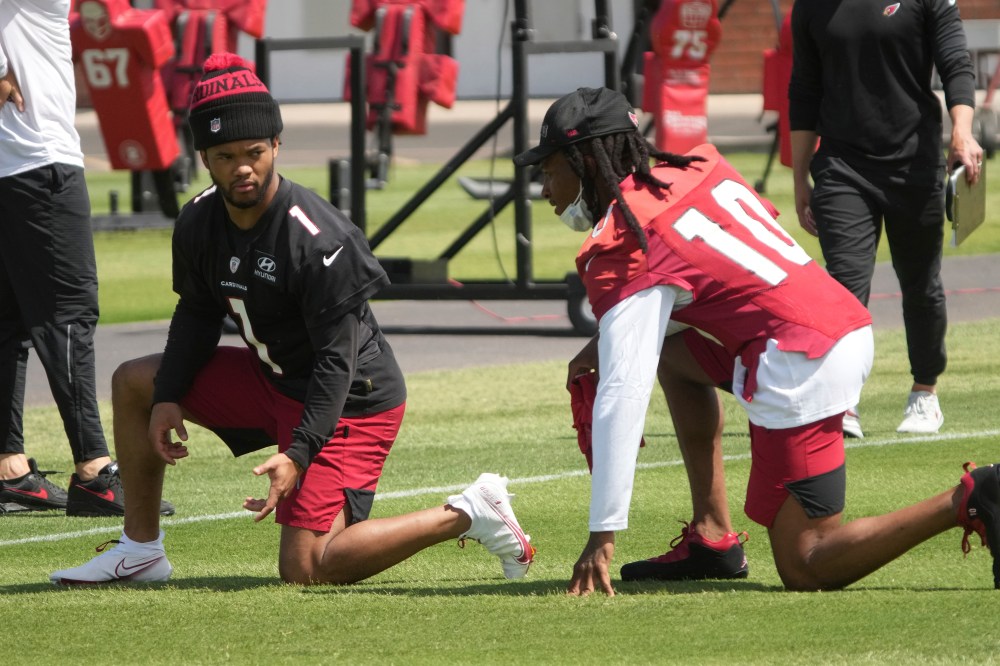