We do not know yet whether or not Arizona Cardinals wide receiver Larry Fitzgerald will return for the 2021 season or decide to retire. However, while he recently said he hasn’t “given it any thought” and that there is “no timeline” for his decision, he did give us a glimpse as to what could be a deciding factor for returning.

In an interview with Fred Couples (via AZCentral) earlier this week, he implied that he would continue playing if he believed the Cardinals could win a championship.

“Yeah, that I have a desire to continue to play and chase greatness,” he said. “The only reason you play is to win a championship and that would be the only reason that I would be participating.”

He already has accolades and he knows he is a lock for the Pro Football Hall of Fame, but he does lack one thing he wants — a Super Bowl title.

He certainly did his part in trying to get won when the Cardinals made it to the big game after the 2008 season. He set a record for receiving yards in a postseason and scored a go-ahead touchdown in the final minutes of the game, only to have the Pittsburgh Steelers come back in dramatic fashion.

In the interview, Fitzgerald did say he believes in the direction of the team. It starts with having Kyler Murray as the team’s quarterback.

“We’ve got a really solid nucleus,” he said. “Very young. Got some dynamic playmakers on the offensive and defensive side of the ball.  The future is very bright here in Arizona.  When you have a quarterback that can compete and do the things that our young quarterback can do it makes it very good in terms of playing into the playoffs and being able to have a chance.  You look at the teams that make the playoffs year in and year out, most of the teams have really talented quarterbacks and if you have somebody that can throw it, it gives you a great chance to have sustainable success.”

Perhaps this means he will wait to make his announcement until some decisions have been made about free agency and more. Perhaps he will be willing to come back and play for less than the more than $11 million he has been paid the last few years.

But if he does come back, it will mean he believes the Cardinals are good enough to potentially get him the one thing he lacks in his career — a Super Bowl ring.

LOOK: All 32 team nominees for this year’s Walter Payton NFL Man of the Year 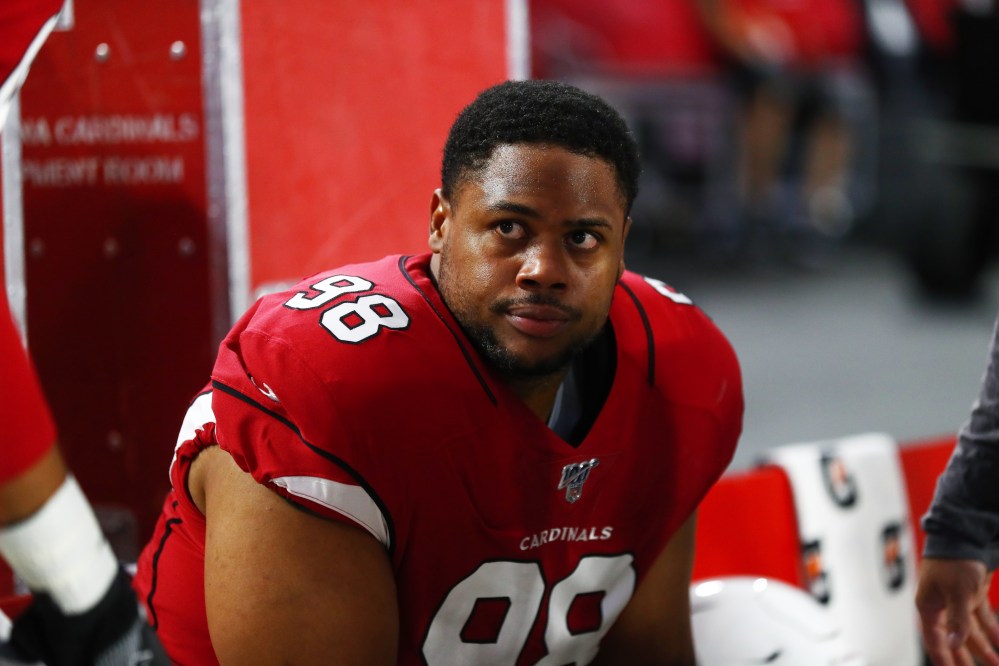