The Cardinals are adding another piece to their defense. Arizona has agreed to terms with veteran free agent safety Shawn Williams, a source told Tom Pelissero of NFL Network (Twitter link). 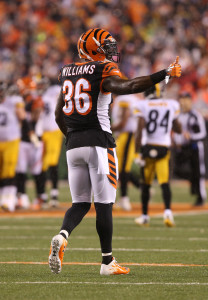 Financial terms weren’t immediately available, although Pelissero reports it’s a one-year pact. Williams, a 2013 third-round pick, has spent all eight seasons of his NFL career with the Bengals so far. There’s some familiarity here, as Cardinals defensive coordinator Vance Joseph was Williams’ defensive backs coach in Cincinnati for a couple of seasons.

It’s the second addition to the secondary in recent days, as Arizona also just signed cornerback Malcolm Butler on Thursday. Williams played sparingly his first couple of years in the league, but then blossomed into a full-time starter. From 2016-19, he started 57 of the 58 games he appeared in.

In 2018 he had an impressive five interceptions, and in 2019 he had 114 tackles. This past season he suddenly fell into the coaching staff’s doghouse, and mostly only played on special teams. He was suspended for a game back in December for stepping on an opponent. The Georgia product will turn 30 in May.