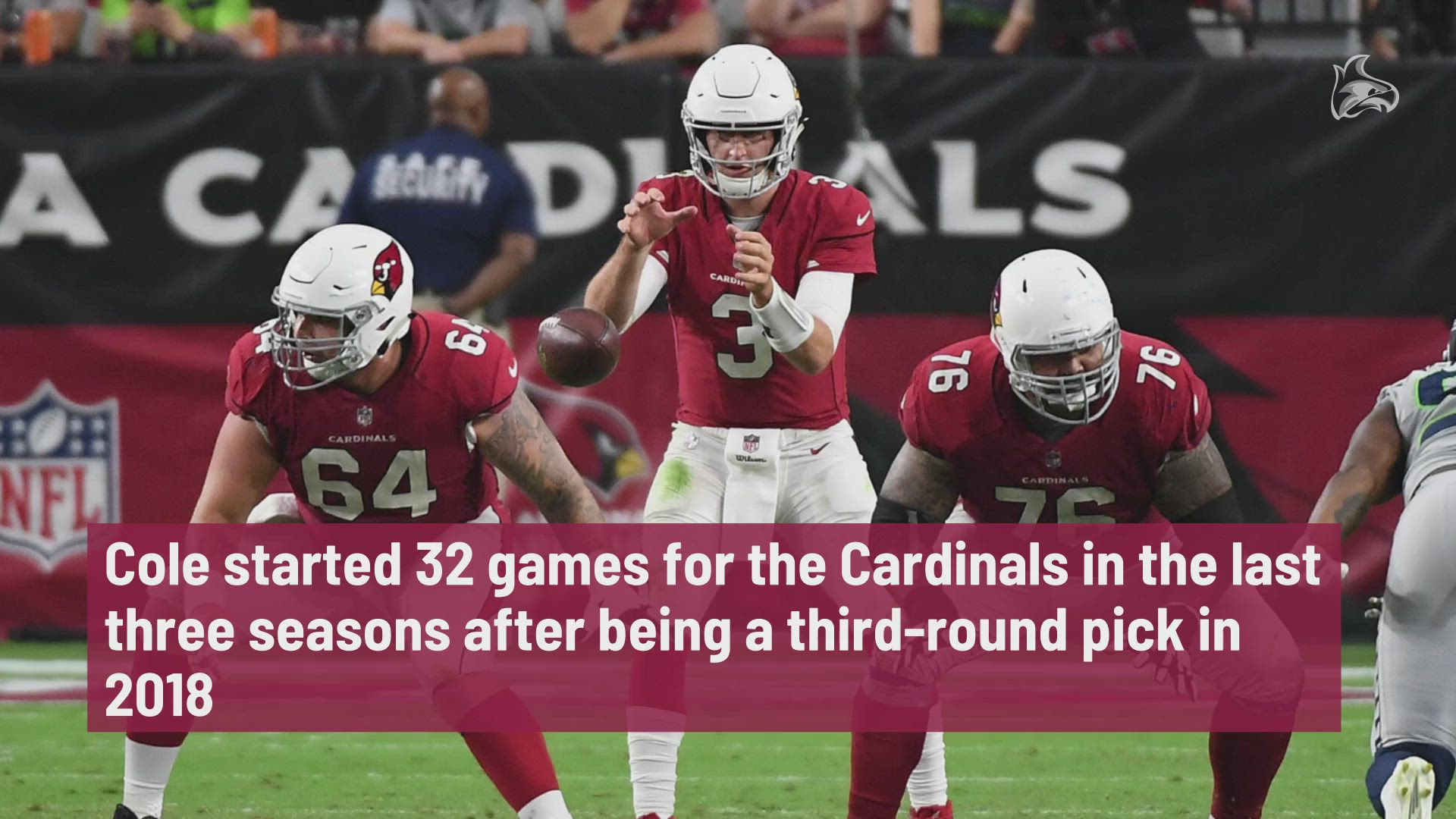 The Arizona Cardinals were busy on Thursday. After announcing the addition of cornerback Malcolm Butler in free agency, the team also announced a trade.

Center Mason Cole, who became expendable after the team traded for center Rodney Hudson, was traded to the Minnesota Vikings. In exchange, the Cardinals receive Minnesota’s sixth-round selection, the 223rd overall pick in the draft. It is Minnesota’s compensatory selection.

Cole was the Cardinals’ third-round pick in 2018 and played every snap at center as a rookie when A.Q. Shipley was lost for the season with a torn ACL. He went to the bench in 2019 when Shipley returned and played as a reserve, starting twice at guard. In 2020, he was the starting center, playing in 14 games.

He struggled down the stretch of the season.

The Cardinals save some cap space in the move. He was due to make more than $2.1 million this coming season because of a playing time escalator. The Vikings are now on the hook for that money. Arizona will carry more than $190,000 in dead money for the remaining amount of his original signing bonus that was prorated for this season.

Cole, if he makes the Vikings’ final roster, will be back in State Farm Stadium this season. The Cardinals host the Vikings this season. He joins cornerback Patrick Peterson, who signed with the Vikings as a free agent.

The Cardinals now have six picks in the draft next month. They have one each in the first, second, fifth and sixth round and they have a pair in the seventh round.