There was big movement in the NFL with trades in the first round of the NFL draft. The San Francisco 49ers moved up to the No. 3 overall pick. The Miami Dolphins went from No. 3 to No. 12 in the trade and then moved back up to No. 6.

How does this affect how the first round will play out? What does it mean for the Arizona Cardinals?

With the new trades, Touchdown Wire’s Mark Schofield put together his third mock draft and he has the Cardinals moving down from the 16th pick, picking up a third-round pick and landing one of the top cornerback prospects.

The Cardinals move down from the 16th pick to the 19th pick in a trade with the Washington Football Team. They pick up Washington’s third-round pick (No. 82 overall) and a third in the 2022 draft.

Since the Cardinals gave up their third-round pick in the trade for center Rodney Hudson, this works out.

Then, with the 19th pick, they take Virginia Tech cornerback Caleb Farley.

Farley’s stock has dropped a little with the news he needs back surgery for the second time, while Alabama’s Patrick Surtain and South Carolina’s Jaycee Horn both put up monster athletic numbers at their pro days.

The Arizona Cardinals, having traded back a few spots, are back on the clock and they indeed address cornerback, selecting Caleb Farley. This position group is a need for Arizona, even with the recent acquisition of Malcolm Butler, and the Cardinals add a player who might top many position boards at CB.

The recent back injury news and impending surgery could see Farley slide like this, but he is a talented player and athletic cornerback with the background of a wide receiver. That gives him the unique ability to read and diagnose receivers off the line, anticipate their moves and try and beat them to the ball. He is still relatively new to the position so there is room for growth, and if the medicals check out this could be a steal for Arizona.

With Butler, Robert Alford and Byron Murphy, the Cardinals can afford to bring Farley along slowly if they need. The two back surgeries are something to worry about a little bit, but there is a ton of upside. Many had him as CB2 before the news of his surgery. Had he done athletic testing at his pro day, he was expected to put up similar numbers to both Horn and Surtain.

If the Cardinals manage to land a top-3 cornerback prospect and net an extra draft pick, consider it a win. 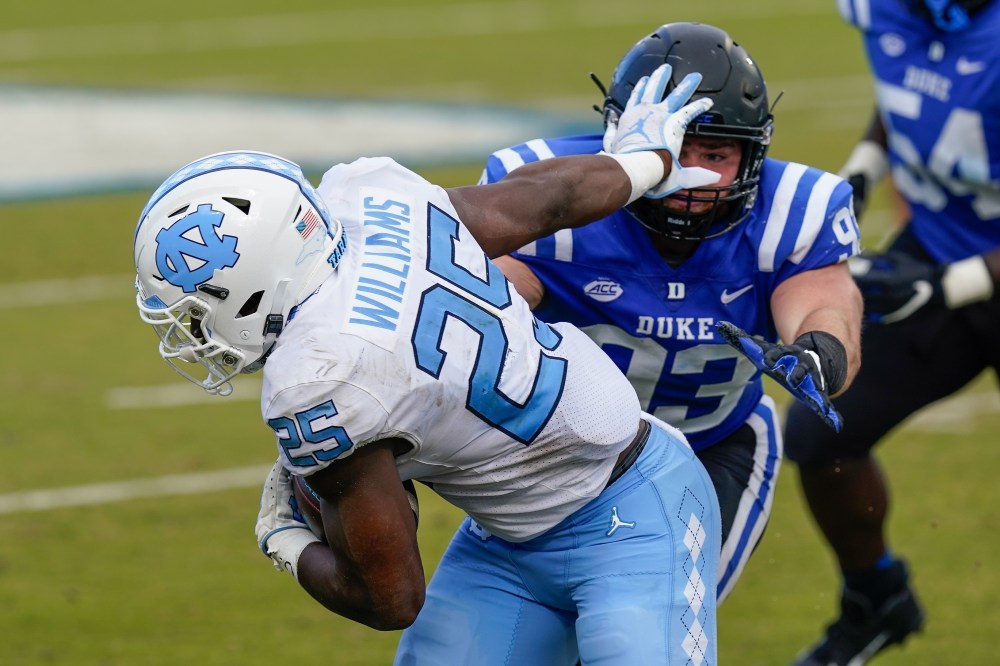