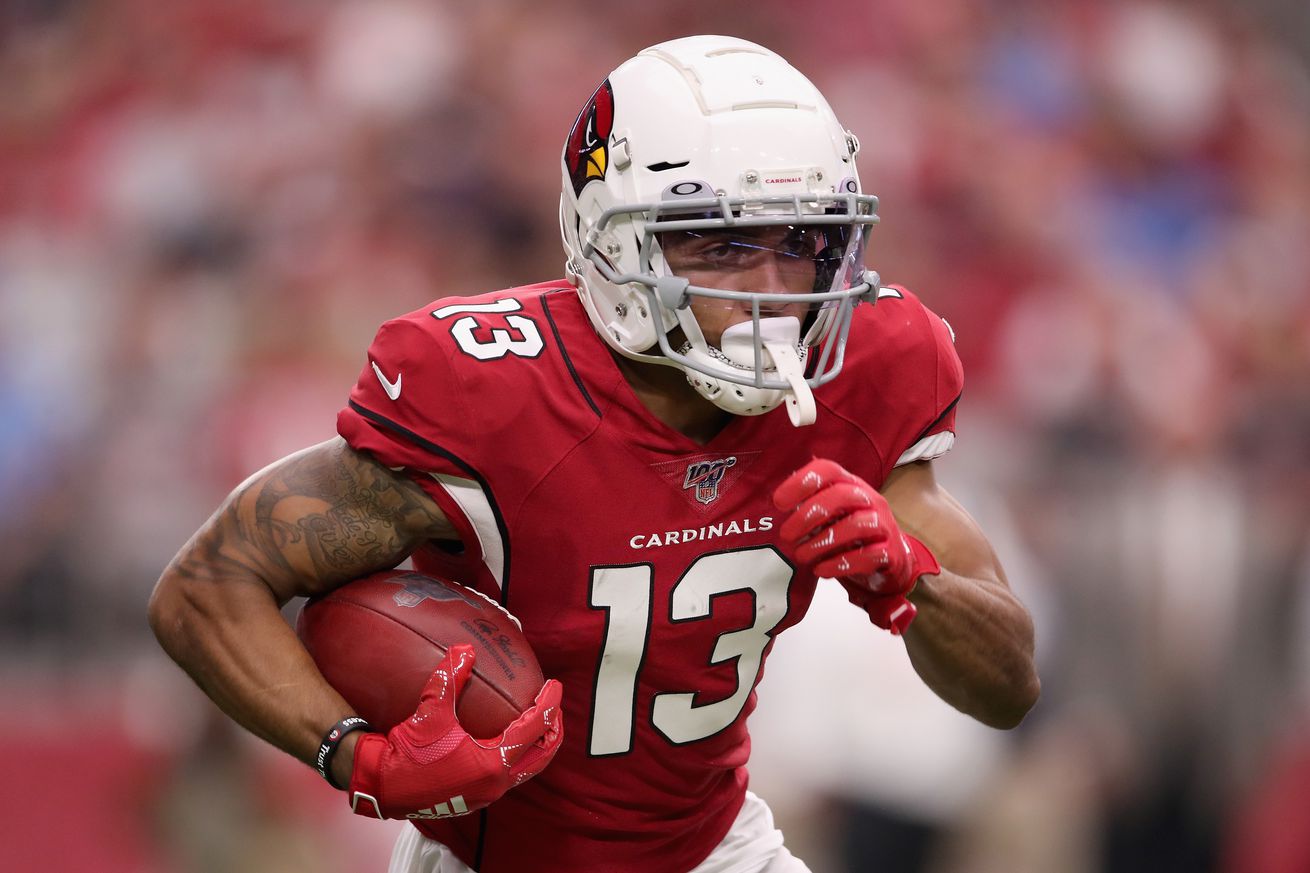 It is fair to say that Christian Kirk has not had the production he would have liked in his first two years in the NFL.

Kirk, the Cardinals 2018 second-round draft pick, has dealt with his share of injuries in his young career. He missed a total of seven games in his first two seasons in the NFL, having suffered a broken foot as a rookie and dealt with a nagging ankle injury last season.

“The word that summarizes it was just frustrating,” Kirk said on Wednesday about his 2019 season. “I hold myself to an high expectation so the fact that I didn’t meet many of my expectations for what I wanted year two to look like for me was frustrating.”

Despite his disappointment with a less than ideal start to his NFL career, he performed well in his second year as a professional wide receiver.

“If you look at it statistically hurt or not, I was still able to progress in my second year.” Kirk said. “The next step is just taking that next jump and just keep on progressing and showing that I am getting better.”

Before Kirk’s injury, he was well on his way toward reaching 1,000 receiving yards. Despite falling short of the milestone, he had a very solid season. He will certainly have another big opportunity in 2020.

The one thing that he must prove to the Cardinals and himself is his ability to stay healthy for all 16 regular season games such that he can meet all his expectations.

“My main goal going into this year to be honest is just stay healthy,” Kirk said. “Regardless of if it’s out of my control or not, just doing everything that I can to be on the field for every single game and just keep progressing.”

He knows that there will be less time to prepare for the upcoming season but it is not entirely a big concern especially with the productivity his team has had during virtual offseason meetings.

“With the time aspect, we know it’s going to be shorter than normal but we just have to be efficient with it,” Kirk said. “Thankfully with our virtual meetings, everybody has been so locked in and ready to work every time we hop on the meetings.”

“I think the biggest thing that helped us out was being able to self scout,” Kirk said. “Just talking timing and actually seeing what it looks like. It’s easy to go out there and the ball could be a little behind and we’ll get it next time but to be able to actually see where we messed up on Sundays has really helped us.”

With DeAndre Hopkins and Larry Fitzgerald drawing the double coverage, Christian Kirk should be even more efficient than previous years with more one-on-one opportunities. Cardinals players are planning on meeting up with Kyler Murray soon which means when they all return to the facility for training camp, they should be able to hit the ground running.

I cannot finish this article without leaving you all with a couple quotes from Kirk regarding the changes in America with the Black Lives Matter movement, the death of George Floyd, and what athletes can do now if they are not protesting.

“We have to use our platform…If we’re not out there everyday, we need to use our platforms when we have hundred of thousands of followers to be able to portray what is on our heart and portray their messages as well so the whole world can see it.”

“I do believe we’re finally being heard. The time for change is now and it’s slowly getting there but we have to stay persistent and be able to have this last until we get the change that is needed.”