Arizona Cardinals wide receiver DeAndre Hopkins believes he is the best receiver in the NFL. He has said as much publicly. Specifically, he believes he is better than both the Atlanta Falcons’ Julio Jones, a good friend of Hopkins’, and the New Orleans Saints’ Michael Thomas.

However, Hopkins often gets placed behind both in receiver rankings.

It has happened again.

The latest comes from Touchdown Wire’s Mark Schofield, who ranked the league’s top outside receivers.

Jones comes in at the top, followed by Thomas and then Hopkins is No. 3.

From the line of scrimmage to the catch-point, Hopkins is teaching tape. He can vary his releases off the line to keep defenders off-balance, he is savvy throughout his routes and especially into his vertical stem, and he displays an incredible catch radius that will make any quarterback happy.

Now, the truth is that all three receivers are so close in skill and ability that it probably doesn’t matter the order in which you put them. They are all great. They are all the best. Who is better? Everyone will have their argument.

Now, who will have the biggest 2020 season? Thomas has Emmanuel Sanders as a teammate now, a player who can take catches from him. Jones has Calvin Ridley. Hopkins has Larry Fitzgerald, but now he will be playing in a pass-first offense under Kliff Kingsbury.

Hopkins believes this might be his biggest season yet.

Maybe if he does, he will land at the top of this list in a year from now.

The top outside WRs in the NFL, per Touchdown Wire 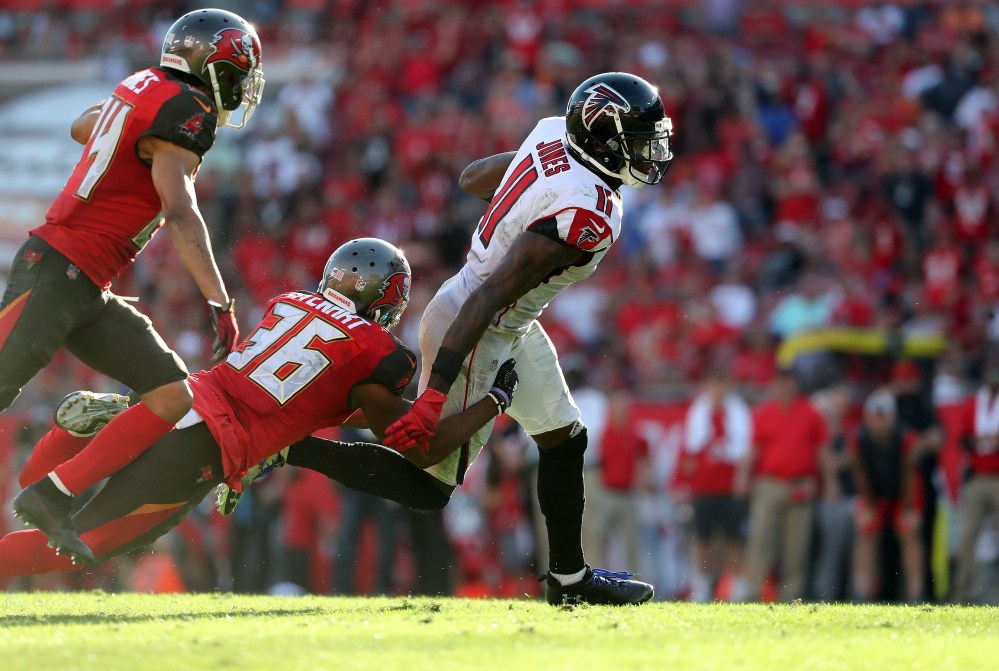