Earlier this week, J.J. Watt joined up with the Cardinals on a two-year deal. Now, we have most of the major details, courtesy of NFL.com’s Ian Rapoport and Mike Garafolo (Twitter links). Here’s the breakdown of Watt’s shiny new contract: 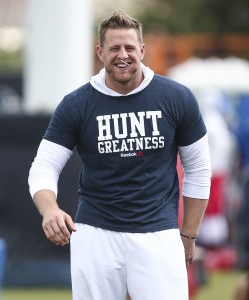 After the Texans granted Watt’s request to be released, the veteran said that he wanted to join a contender. In Watt’s estimation, young head coach Kliff Kingsbury and quarterback Kyler Murray are ready to win straight away. It also helps that the Cardinals appear to have submitted the highest offer for his services.

The Browns and Colts — who both made the playoffs in 2020 — didn’t match the Cardinals on compensation. The Titans, Packers, and Steelers were also connected to the three-time Defensive Player of the Year. Watt is now one of just nine players whose contract includes a no-trade clause.

Now, with Watt in the fold, the Cardinals may allow Haason Reddick to walk while putting their available dollars elsewhere.