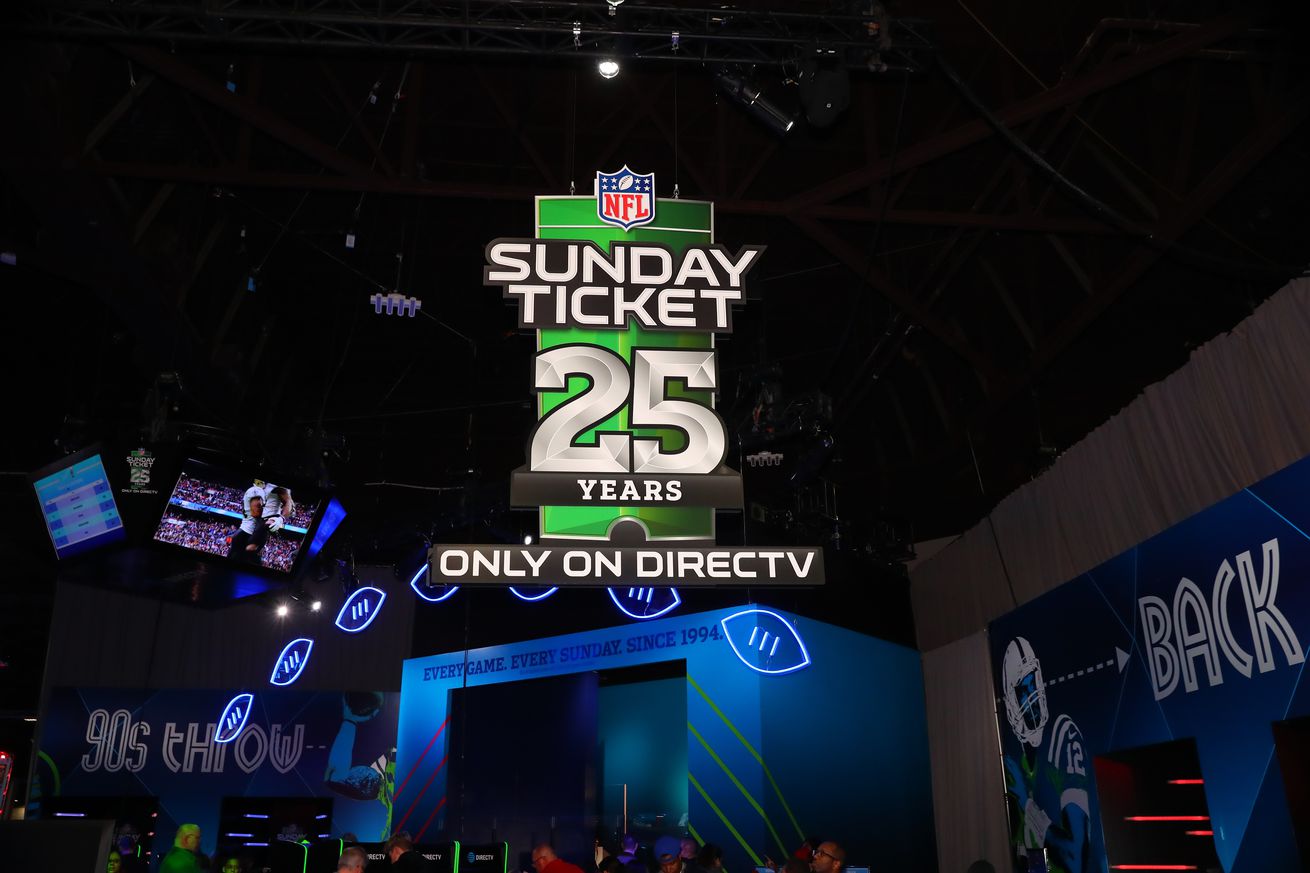 “Whether ‘tis nobler in the mind to suffer the slings and arrows of outrageous monthly bills or to take action against a sea of mounting costs, and by opposing, end them.”

One would think that with the arrival of the 2020 NFL season in the midst of a raging pandemic, which could very well mean, as is currently the case with MLB, that games will be played in empty stadiums, that the NFL would have already devised a way to try to make up for significant lost revenue by providing a “pay per view” plan for avid fans, especially for fans whose favorite teams play out of state.

Instead——despite some rumblings in March and April about the SCOTUS getting involved because of the question whether DirecTV’s yearly and 26 year monopoly of NFL Sunday Ticket violates U.S. anti-trust laws—-all we have heard from the NFL is nothing but crickets. Truth is—-the NFL has been on the side of DirecTV. Why? The NFL pockets a cool $1.5 billion a year in revenue from DirecTV.

And now that DirecTV is owned by AT&T there has been widespread speculation that when the current NFL Sunday Ticket deal with the NFL expires after the 2022 season, AT&T will no longer be interested in forking over a figure north of $1.5B a year.

For MLB fans of teams that play outside their local market, there are financially reasonable options—-in fact, at MLB.com you can purchase a full season of your favorite team’s games for less than $100 (currently $43 for the 60 game season). At DirecTV the “MLB Extra Innings” package for all MLB games this year (they don’t provide an option to watch just one team’s games—-same as NFL Sunday Ticket) was going for $134.99 prior to the reduced season.

The ever emerging problem for the NFL is the fact that so many people and families are turning away from cable and satellite packages, in favor of streaming their TV and video entertainment.

Because I am an Arizona Cardinals fan who lives in New England, I have been a DirecTV and NFL Sunday Ticket subscriber for over 20 years—-and anyone who has subscribed to DirecTV knows that it is often a month to month challenge to keep the monthly payments at a minimum—-plus anyone knows that on a given day if you call DirecTV and wind up speaking with the right agent, you can get some attractive discounts—-at least that was more frequently the case before AT&T took control.

Last August, because I agreed to pay for NFL Sunday Ticket last year, I have been receiving a $30 a month (for 12 months) credit on my bills. When my monthly discounts on HBO, SHO and the sports package expired and I could not get them renewed despite 3 phone calls that took over an hour of time combined—-I dropped HBO, SHO and the sports package.

I am currently paying $120 a month for the CHOICE package—-that allows me to watch my local Boston channels, NESN (Red Sox, Celtics, Bruins), CNN, ESPN, NFL Network and a couple of hundred channels that I never watch. If I weren’t receiving my $30 a month credit, my tab would be $150 —- for the opportunity to watch my 9-10 channels.

Then, there is the galling reality that new AT&T customers who bundle their cellphone fees with DirecTV service receive significant discounts that include free HBO, SHO and MAX channels for a year—-while those of us who were pre-existing AT&T mobile and DirecTV customers all along prior to the merger have been offered no bundling discounts whatsoever.

A few months ago I was sent an email by DirecTV that said that because I have been a loyal customer for over 20 years I would be given NFL Sunday Ticket Max for free this year. If this is for real, it would be a very nice and much appreciated bonus for sure—-especially with my monthly bill on just the CHOICE package (with no movie channels pr sports package) about to climb above $150 a month.

But—-if DirecTV’s monopoly of NFL Sunday Ticket remains in place through the 2022 season, then I may have no other choice than to keep playing the DirecTV game—-that is if I continue to want to assure myself of being able to watch Cardinals games live without the worry of whether the free streaming options will work. If you are finding the streaming options 100% reliable—-please let me and others know. But, to this point I have not chosen to explore those options for fear that it’s 4:10 on game day, the Cardinals game has already started and I am frantically unable to find the right streaming venue.

Unlike the question posed in this thread’s title (DirecTV or Not DirecTV?), the 20 years question above is rhetorical.

And that, my friends, is what monopolies can control.