As Week 5 of the NFL gets underway, the Arizona Cardinals are coming off a two consecutive losses to teams many felt were inferior. The offense recorded just 109 yard on the ground against the most complete team Lions head coach Matt Patricia has ever had in his coaching tenure in Detroit, while the Cardinals running backs mustered only 51 rushing yards in Carolina. As the Cardinals pass blocking has taken a decent step to improvement, their run blocking still needs to be addressed.

The Arizona Cardinals recently extended 27-year-old guard Justin Murray, who has come a long way since being claimed off waivers by the Cardinals in 2019. In addition, offensive guard J.R. Sweezy was seen as a surprise cut candidate for the Cardinals because of his lack of progression. The team still needs depth in that area to help them flourish in the run game.
Looking ahead to the 2021 NFL Draft, there are a few players that the Cardinals could grab in the first three rounds to help their run game thrive and stay consistent. One of those names is USC offensive guard Alijah Vera-Tucker.
The USC Trojans have some talented prospects coming into next year’s draft including Jay Tufele and Amon Ra St. Brown and Alijah Vera-Tucker. Tucker stands 6-foot-4 and 315 pounds who is versatile force with a tremendous amount of upper body strength. Like former Trojan and Miami Dolphins rookie offensive tackle Austin Jackson, Alijah Vera-Tucker is an athletic machine that moves very well for his size. He is productive as a run and pass blocker. As a run blocker, Tucker has a nice burst of speed of the ball as a pulling guard that uses his hands efficiently to win those one-on-one matchups. As a pass blocker, he has elite technique that keeps a steady balance throughout plays. He recorded an 88.6 pass blocking grade in 2019 with no sacks or QB hits, according to Pro Football Focus. Alijah Vera-Tucker is a versatile talent at his position and would be a nice addition to the struggling Cardinals run game.
Tucker has room to grow in certain areas of his game. First, he does not have the greatest vision. There are times, specifically in games like USC’s matchup against Utah in 2019, where Tucker did not get comfortable until late in the game. He would let guys with elite speed run right by him ease. Tucker is quick, but he needs to develop that vision to peel off onto other opponents and get to his assignments more efficiently. Second, you don’t see too much bull rushing from Tucker. He has the power and athleticism to do so, but there have been times, like his game against Notre Dame in 2019, where he wouldn’t have the leverage because he was blocking shoulder pads high and he wouldn’t drive his feet. This causes Tucker to lose that battle. He does have the talent, speed and athleticism to develop this trait efficiently.

Teams fall in love with versatility at the offensive line position, and Alijah Vera-Tucker has all the tangibles to have a successful NFL career. He is a player that will not only give the Cardinals a nice boost in their pass blocking, but his run blocking efficiently is something that will help them immensely. 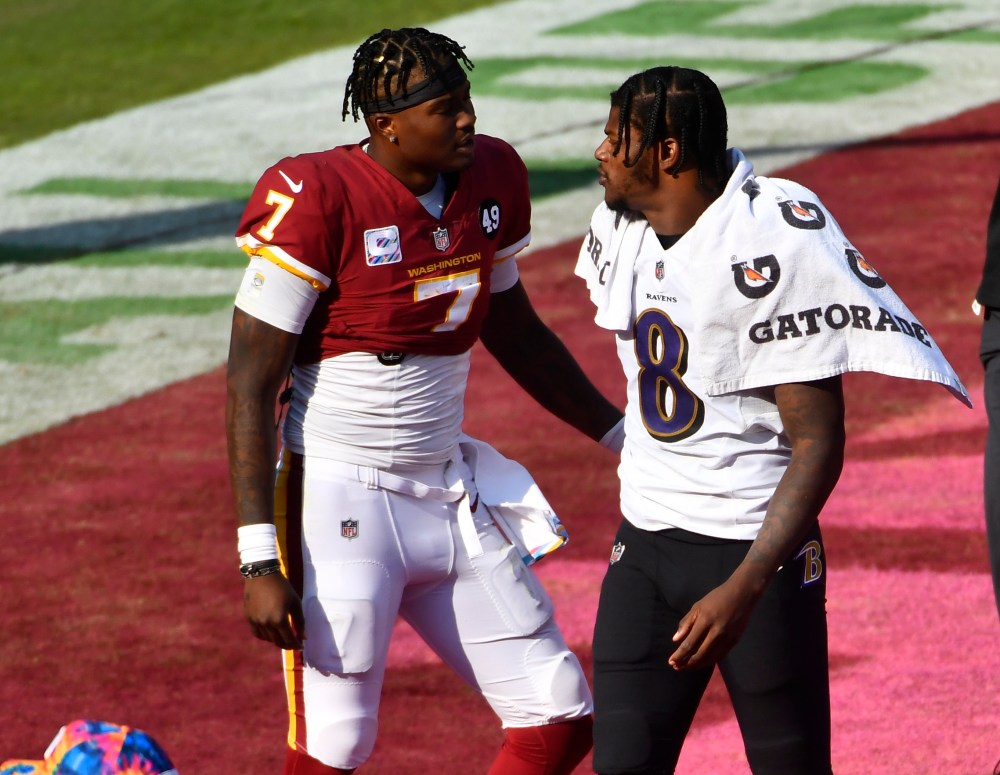