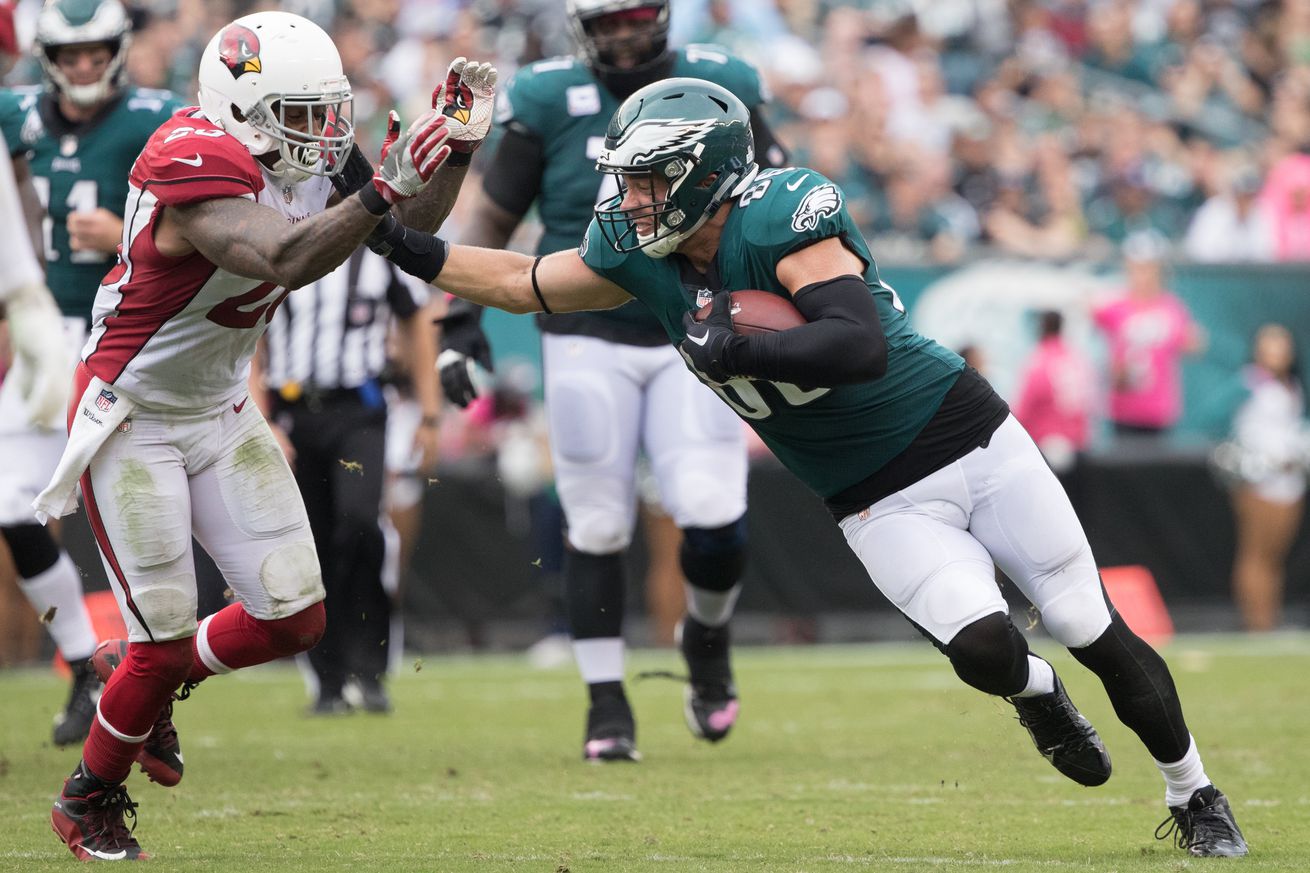 The Arizona Cardinals tight end situation has never been what you would call a strength.

They have tried to address the position over their three decades in the valley, but have always seemed to come up a bit short.

This offseason, what looked like a strength of the team coming into the season with Maxx Williams as the two-way tight end, Dan Arnold as the matchup wonder and Darrell Daniels as the blocking tight end, has basically evaporated.

Williams was injured and has missed nearly the whole season, Arnold reminded you why you temper your excitement about a player with 20 catches in two seasons, and Daniels has… Well been the best player of the group.

That is why when Bill Barnwell of ESPN sat down to write his yearly trade column at ESPN, the news of Chandler Jones injury must have stung.

I know what you’re saying, “What does Chandler Jones have to do with the tight end position for the Arizona Cardinals?”

Well, check out Barnwell’s trade suggestion for the Arizona Cardinals.

I think this was likely a valuable idea on Saturday and Sunday as Barnwell finished up the piece, but with the injury of Jones and now Reddick thrust into a full-time starting role, I think its viability is about zero, and Barnwell has a small acknowledgement of the change in his article:

The Cardinals don’t have much cap room — and they might want to add a pass-rusher after losing Chandler Jones to a biceps injury for the year — but Ertz would give Murray a safety blanket over the middle and see more one-on-one coverage with DeAndre Hopkins out wide.

The idea on its face is a good one. Murray has struggled to get things going in between the numbers this season.

In fact, his work down the middle of the field is really the only place Kyler has not been great this year is past the line of scrimmage down the middle:

Ertz would give Kyler a similar type of weapon down the middle has they have in Hopkins on his left: Kyler to the left this season: 40/47 85% 432 yards 1 touchdown 0 interceptions

However, with no more Jones, I think that would mean no more dreaming of Ertz.