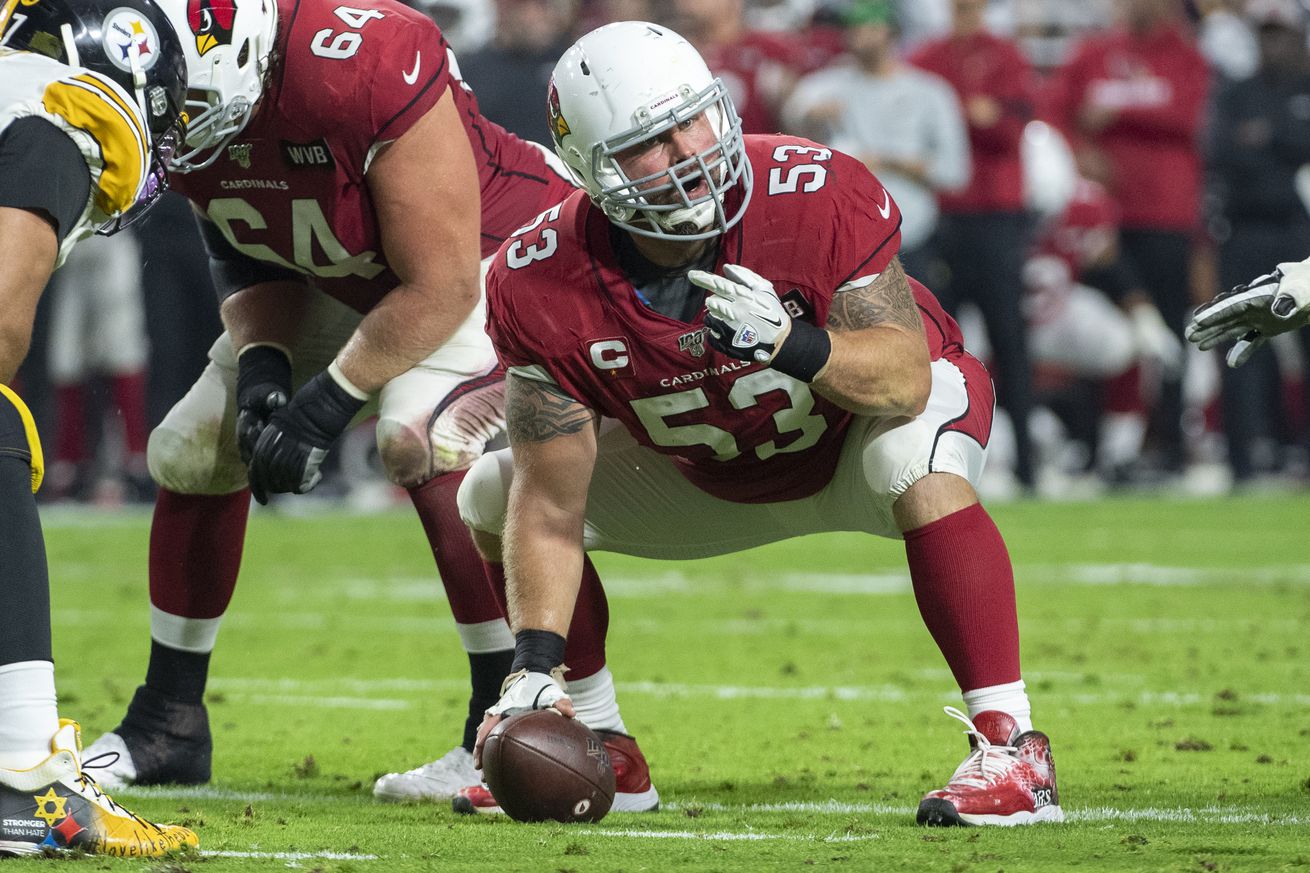 The Cardinals already brought back 10 of their own free agents

General Managers Steve Keim has been very busy this offseason, trading for DeAndre Hopkins and adding three new starters to the defense. It is important for the Cardinals to take advantage of Kyler Murray’s rookie contract and add all the necessary pieces around him to win now before having to pay him franchise quarterback money. The addition of Hopkins is a “win now” move.

With the consideration of COVID-19 and its aftermath of a potentially shortened offseason, bringing back players that know the system is essential to the team’s success. The Cardinals already re-signed 10 of their own free agents during this Coronavirus pandemic. Their familiarity with the playbook and the surrounding players eliminates a learning curve, making communication less of an issue.

The Cardinals still have quite a few free agents that they should re-secure that would improve the overall depth of this team.

The 31-year-old led all Cardinals’ tight ends with 18 receptions and 237 receiving yards. Maxx Williams is entrenched as the starter but behind him are two unproven players at the position. There are still a lot of unknowns with Dan Arnold but his breakout performance in the regular season finale was impressive. Darrell Daniels primarily plays on special teams. Clay already knows the playbook and can contribute immediately.

With Pharoh Cooper leaving for the Panthers, the Cardinals are now without a return specialist. Foster would not only be a player that could fill that hole but would also add more depth to the running back room that is only composed of Kenyan Drake and Chase Edmonds at the moment. Foster turns 27 in November but his return will depend on his health, after he went down with a hamstring injury early in the 2019 season.

His future might closely be tied with what the Cardinals do with their No. 8 overall pick. If they select an offensive tackle, his chances of returning would be unlikely as Justin Murray would become the primary backup swing tackle. Gilbert is a player that has already expressed his interest in returning to the team and his hard work in rehab from his ACL team is promising. When healthy, he is one of the best right tackles in the NFL. The 32-year-old should be an inexpensive option for the Cardinals.

His versatility to play both nose tackle and defensive end makes him an important player to the Cardinals’ defensive line rotation. Kerr also played really well last season, both disruptive against the run and applying pressure to the quarterback. The Cardinals did re-sign Jonathan Bullard however, Kerr should remain on their radar.

He is the unquestioned leader to the Cardinals’ offensive line. The Cardinals could roll with their young options in Mason Cole and Lamont Gaillard at center but Shipley is a proven veteran that the team has never worried about. He turns 34 in May but is as solid as they come.

These options are not very young but they are quality players with experience for the Cardinals. All of them would provide the team with necessary depth as they try to fill out their 90-man roster for the offseason.